Lawmakers give initial okay to new mine cleanup measures 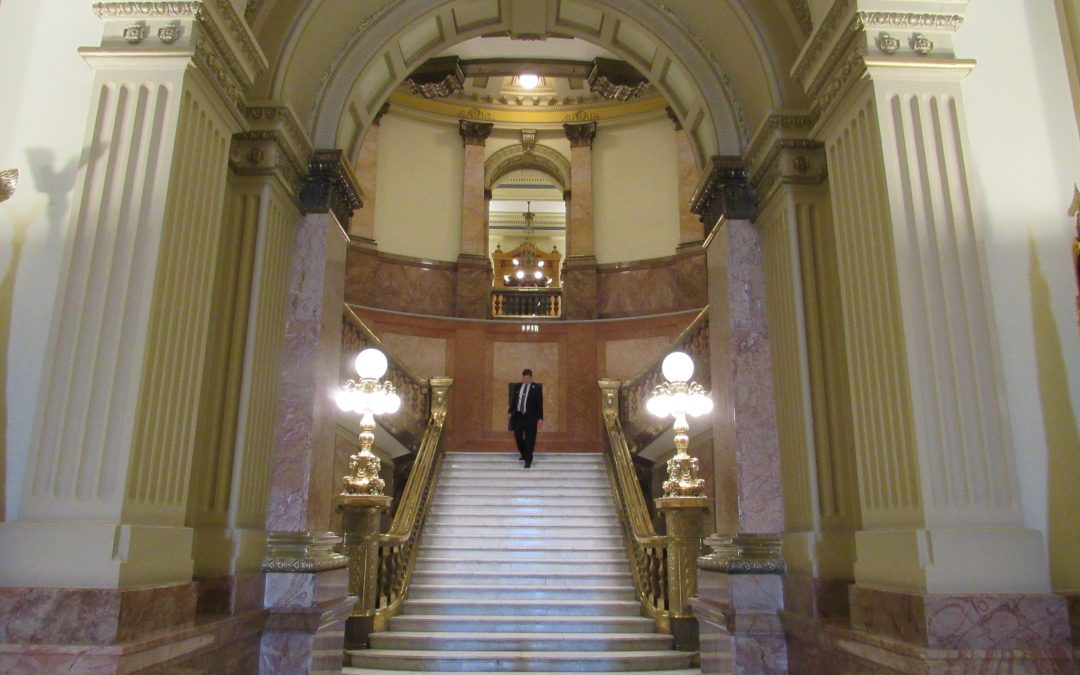 A man descends the main staircase at the Colorado State Capitol at the end of the work day on Feb. 19, 2019. Credit: Jerd Smith

A bill that would tighten rules governing how water from gold and silver mines is treated and how that treatment is insured cleared its first major hurdle this month after it was approved by the Colorado House of Representatives.

House Bill 19-1113, passed on Feb. 7, would require reclamation plans for new or amended hard-rock mining permits to demonstrate a “reasonably foreseeable end date” for water quality treatment to ensure compliance with water quality standards. The bill also would eliminate the option of “self-bonding”—an audited financial statement that the mine operator has sufficient assets to meet reclamation responsibilities—and require an external bond or other financial assurance to guarantee adequate funds to protect water quality, including treatment and monitoring costs.

Representative Dylan Roberts, D-Eagle, the bill’s prime sponsor, emphasized at a hearing in the House Rural Affairs & Agriculture Committee that the bill applies only to hard-rock mining—not to coal or gravel mining—and “aligns statute with what’s already happening in current practice by the Division of Reclamation, Mining and Safety…so that we can avoid creating more chronically polluting mines.” Representative Barbara McLachlan, D-Durango, another bill sponsor, noted that when mining accidents happen, “it’s often cities, towns, water districts and state agencies, in other words us, as taxpayers, who foot the bill….This bill will ensure there are strong financial assurances in place when an emergency occurs.” 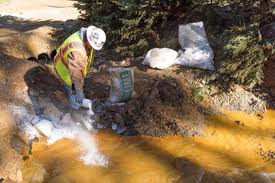 A worker at a clean-up site for the Gold King Mine disaster in Colorado.

The Colorado Mining Association (CMA), which had opposed a similar bill last year, indicated it had not yet taken a position on HB19-1113. CMA’s president, Stan Dempsey, said a proposed amendment that would provide flexibility in determining an end date for compliance with water quality standards resolved one of the association’s concerns, but he was still cautious about the bill, especially the provision to do away with self-bonding. The committee adopted the amendment, which inserted “reasonably foreseeable” before “end date” to provide flexibility.

The House passed the bill, as amended, on a 44-19 vote and sent it to the Senate for consideration.

The bill will be heard in the Senate Agriculture & Natural Resources Committee March 7.