by Jerd Smith | May 12, 2021 | Environment, Infrastructure, Land and Water Conservation | 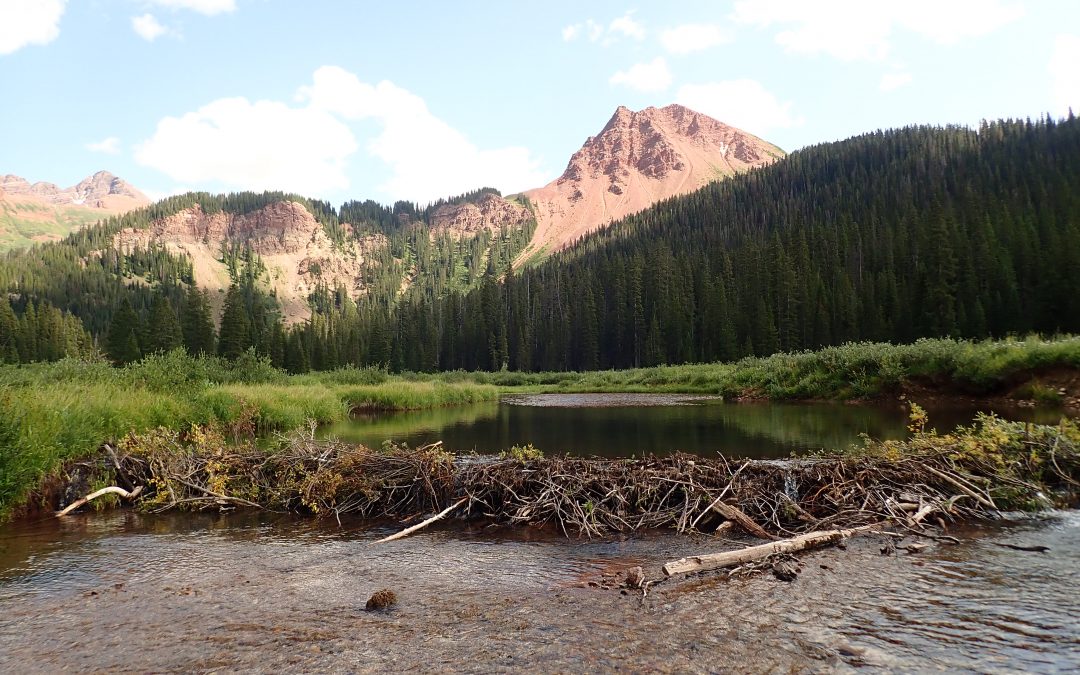 Beavers, known for their work ethic, tenacity and sometimes destructive instincts, are making a comeback in the worlds of science and water as researchers look for natural ways to restore rivers and wetlands and improve the health of drought-stressed aquifers.

“The concept of beavers and their ability to restore streams is not new,” said Sarah Marshall, an ecohydrologist at Colorado State University’s Colorado Natural Heritage Program who has been studying these semi-aquatic rodents for years. “Now we have a body of groundwater and sediment capture studies that have really resonated with folks who are managing water, especially with these nagging problems of drought and earlier snowmelt.”

This fall, Colorado Headwaters, a nonprofit that advocates for protecting and restoring headwater regions in the state, is sponsoring a beaver summit, a conference designed to unveil some of the latest ecological research on creatures once valued only for their glossy fur.

“The idea is to drive the knowledge to the general public and legislators so they have a better handle on how to address this,” said Jerry Mallett, Colorado Headwaters founder and president.

Beaver advocates would like to see more funding for research, new programs, such as a beaver census, and better integration of wetland restoration efforts in headwaters areas.

Before beavers were nearly trapped out of existence in the mid-1800s, they inhabited high mountain wetlands and river basins across Colorado and the West. They played an important ecological role, according to Marshall. Their dams trapped water, allowing it to flood wetlands and soak into underground aquifers. Those same dams also trapped sediment, enhancing habitat for fish and other wildlife.

But beavers also did their fair share of damage as the West was settled, garnering a reputation for damming irrigation ditches and flooding culverts and roads, angering ranchers and city dwellers alike.

Even in urban areas, beavers are considered a nuisance because their never-ending dam building often floods city parks and harms trees.

But Marshall is hopeful that events such as the upcoming summit as well as ongoing education of policy makers and the public on the benefits of the water-related work beavers do will help improve their reputation.

“One of the most important things about how beavers help streams is that they are very dynamic. They don’t just create a dam. They move around in watersheds creating systems that are constantly changing.

“By creating a series of dams they do everything from refilling alluvial aquifers to physically trapping sediment and creating physical habitat for rare species such as boreal toads and trout,” she said.

Carlyle Currier, president of the Colorado Farm Bureau, said beavers remain a sore topic in the agricultural world because their dams often harm expensive irrigation systems and cause flooding.

“Certainly they can be a nuisance if they’re in the wrong place,” Currier said.

There is also concern that if beavers significantly alter how water moves through a stream, it could injure water rights.

Currier said he and his ranching colleagues are willing to listen to what the beaver scientists are recommending.

“The devil is always in the details,” he said. “But in headwaters areas, you could argue that they do more good than harm.”

The Colorado conference, slated for Oct. 20 and 22 in Avon, comes on the heels of similar confabs that have been held recently in California and New Mexico, Mallet said.

As drought and climate change cause widespread reductions in river flows and aquifer levels, researchers and others are re-evaluating how wetlands and rivers evolved. They are hopeful that the furry architects and general contractors who originally helped shape them can be restored and put to work again in a way that aids everyone, Marshall said.

“We built all of this infrastructure and managed land in a context that did not include beavers. As we’re changing how we view them culturally, there is an opportunity for co-existence,” Marshall said.