These hay fields may know something we don’t: how to save the Colorado River 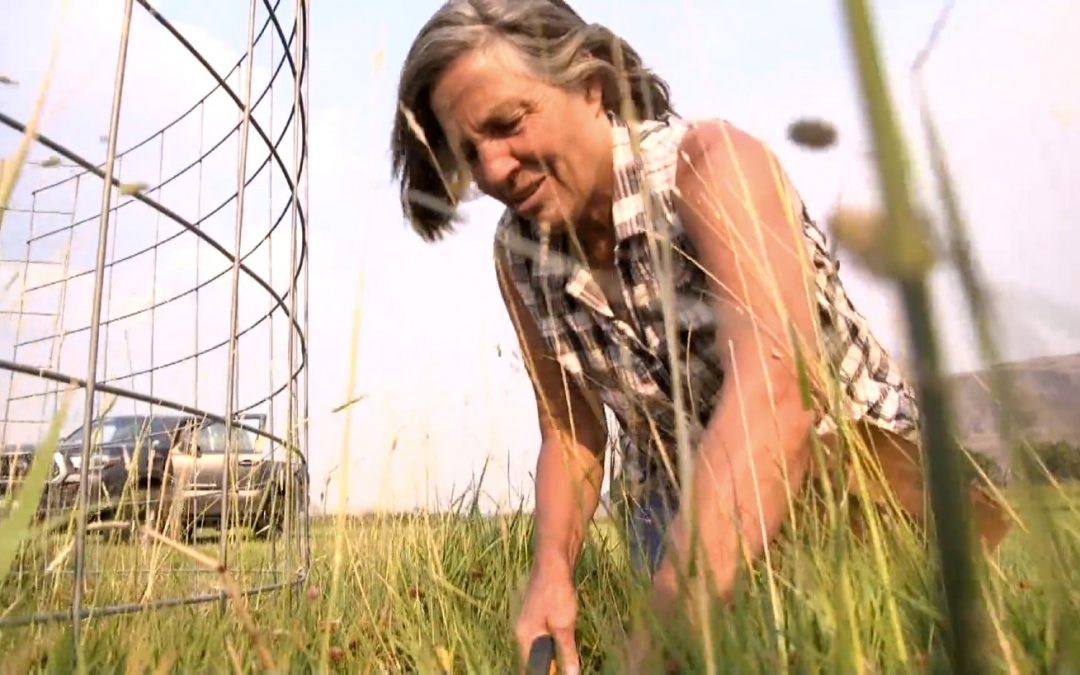 Grand County rancher Paul Bruchez stands in a hay field near Kremmling, holding a small tuft of hay between his fingertips, twirling it back and forth, seeing how quickly it disintegrates after a summer without water.

The plant, known as timothy, feeds thousands of cattle here in the Upper Colorado River Basin.

This hay species and others are being closely watched this year as part of a far-reaching $1 million science experiment, one designed to see if ranchers can take water off of hay fields and successfully measure how much was removed, how much evaporated, and how much was used by plants. They also need to know how reducing their irrigation in this fashion affects the nutritional value of the hay.

If certain hay species retain more nutrients than others when they’re on low-water diets, then ranchers know their cattle will continue to eat well as they evaluate whether they can operate their ranches on less H20—not all the time, but perhaps every other year or every two to three years.

Any water saved could be left in the Colorado River, allowing it to become more sustainable, even as the West’s population grows and drought cycles become more intense. 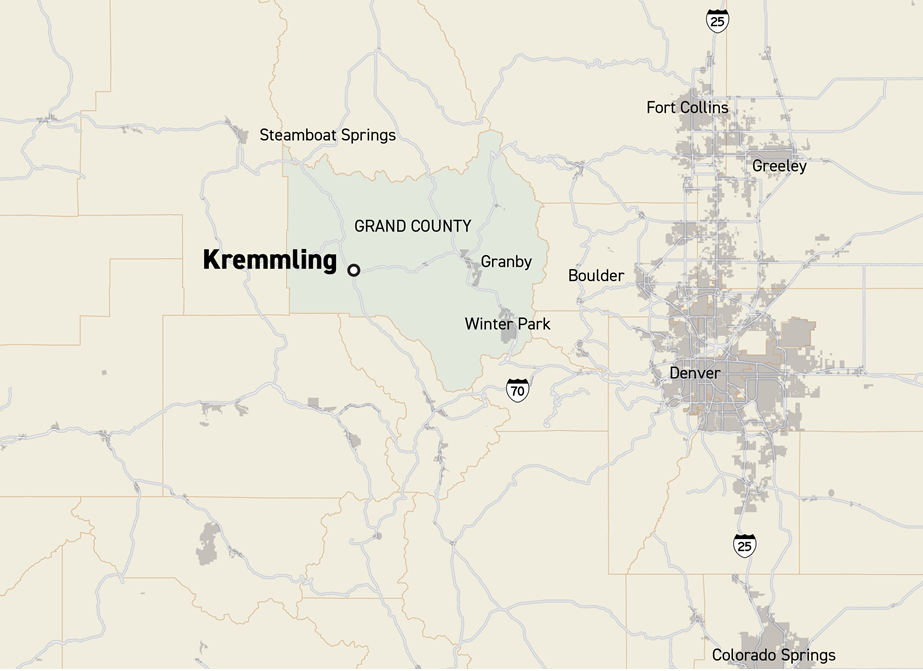 While similar small-scale experiments on five or 10 acres have been done before, this one by comparison is vast in scale, involving 1,200 acres of high-altitude hay meadows, nine ranch families, a team of researchers spread across Colorado, Utah and Nevada, and the backing of powerful water groups, farm interests, and environmentalists.

“We’ve never had a project this large in the state of Colorado,” said Perry Cabot, a Colorado State University researcher who is the lead scientist on the project.

The undertaking is sponsored by the Colorado River Basin Roundtable, whose members include Bruchez.

“We set out on a mission to ensure we have as much science and data as possible,” Bruchez said.

The data being collected serves several needs. It should help ranch families see if they can afford to participate in these modern-era conservation efforts.

It will allow researchers to better understand what works on the ground and what to do, for instance, when rambunctious bulls destroy research equipment enclosures 25 miles from the nearest town.

And it will give policy makers insight into the political problems that will have to be solved, as well as how much money could need to be raised, to make large-scale conservation on the Colorado River feasible.

The $1 million, three-year project is being funded by the state and several environmental groups, with the money being used to pay researchers, buy equipment, and compensate ranch families who temporarily fallow their fields.

Agriculture uses some 80 percent of the water in the seven-state Colorado River Basin, and hay meadows that grow feed for cattle are among the basin’s largest water users.

Last year, under an historic drought agreement on the Colorado River, a new specially protected drought pool in Lake Powell was authorized.

Now Colorado, Utah, Wyoming and New Mexico, the four states that comprise the Colorado River’s Upper Basin, above Lake Powell, are studying whether they can or should help save enough water to fill that drought pool. The pool, authorized at 500,000 acre-feet, is intended as further insurance that the Upper Basin won’t be forced to involuntarily reduce water use from the river under the terms of the Colorado River Compact.

Colorado expects it would need to provide roughly half the water for the drought pool, and, led by the Colorado Water Conservation Board, is working out difficult questions about how that water would be saved and ushered downstream to Lake Powell under a possible voluntary program known as demand management. The research being done near Kremmling will help answer several critical questions.

Wendy Thompson is a rancher who also serves as the research technician for the pilot program, cutting hay samples and gathering soil moisture and precipitation data, among dozens of other tasks. She has driven hundreds of miles across Grand County this summer, checking each of the program’s 24 research sites every week or so, lugging an aging laptop from one meadow to the next.

She knows better than most that ranch families will need real information, such as how fallowing affects crop yields and soil health and production costs, in order to make decisions about whether to join in a voluntary multi-state conservation effort or to back away.

“The experiment is important to us,” Thompson said. “We want to make decisions based on the science and the data, not a gut feeling.”

Much of the work is grueling, like cutting hay samples week after week, and low tech, like measuring water levels in rain gauges.

But dramatic advances in satellite imagery and global evapotranspiration databases are helping people like Perry Cabot create science-based templates that eventually will be useful not just in Colorado, but Wyoming, Utah, New Mexico and perhaps even farther downstream, on cotton fields in Arizona and avocado groves in California’s Central Valley.

“We now have the ability to measure the whole field,” Cabot said. “It’s becoming more accurate and it’s tremendously convenient if you’re trying to get a good understanding of patterns. We don’t have to rely on one data point anymore.” [Editor’s note: Cabot sits on the board of Water Education Colorado, which is a sponsor of Fresh Water News.] 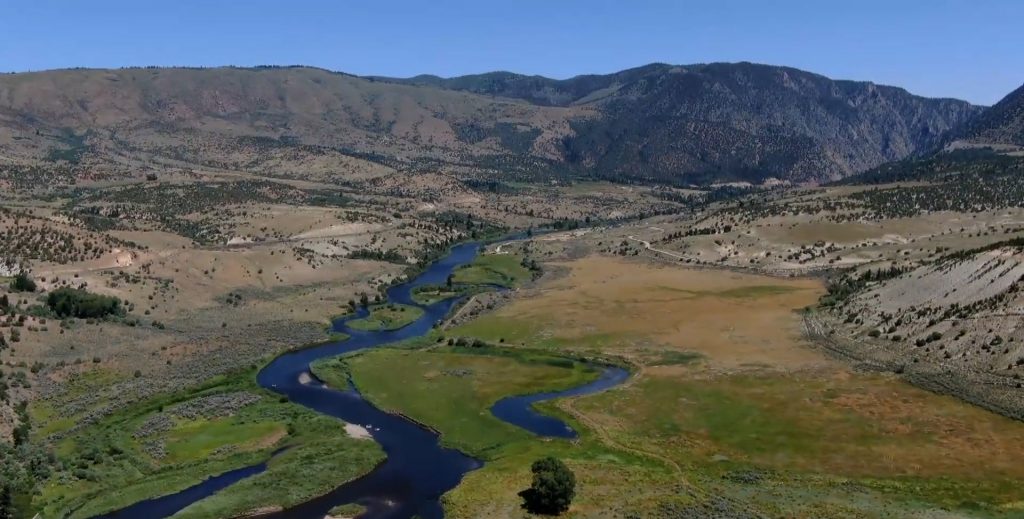 That this particular team has agronomists, economists and environmentalists pitching in with their expertise is also helping move the science forward.

“What makes this different is the scale and the depth of the questions we’re asking,” said Aaron Derwingson, an agricultural water specialist with The Nature Conservancy’s Colorado River Program, which is helping to fund the project.

“When we’re done it will be relevant to more people than just the ranchers. We will be able to extrapolate these field conditions and what it means for water savings and the recovery of different species,” he said.

“It’s tough to figure all that out on paper. Here we’re getting down to brass tacks,” Derwingson said.

With irrigation season over, Cabot and his team have serious number crunching to do before they begin monitoring next year, measuring how the hay fields survived their fallowed season, how quickly they return to health, and precisely how much water was conserved.

Early estimates indicate that the ranchers may have saved 1,500 acre-feet to as many as 2,500 acre-feet of water this year. If this process can be replicated, scientists and ranchers could begin to see how long it might take to fill the 500,000 acre-foot drought pool at Lake Powell.

But even more important to Bruchez and state policy makers is the impact the pilot is having on a highly skeptical ranching community, some of whom are deeply worried that they will lose control of their water.

“We wanted a project that would be as smooth as possible,” Bruchez said. “We wanted to simplify it and ensure there weren’t unintended damages to neighbors who weren’t participating.

“Some people were comfortable about what we were doing and others had great fears,” he said. “We just had to keep telling them, ‘We are not delivering water to Lake Powell. We are trying to fill data gaps.’”

Correction: An earlier version incorrectly referred to Timothy as a hay species native to Colorado.