Water conservation payments to Colorado ranchers could top $120M; is it enough? 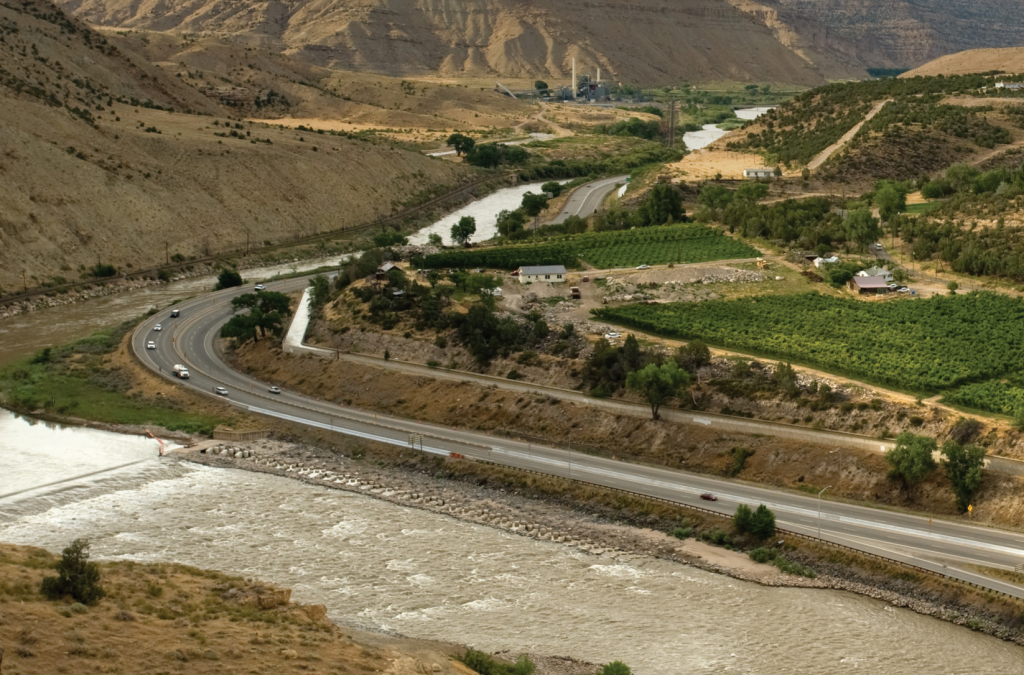 With another drought year draining the Colorado River system, a new economic study suggests that a wide-scale water conservation program in Colorado to reduce stress on the river could cost more than $120 million, depending on the amount of water saved for use in the program.

The study examined how much money it would take to adequately compensate ranchers and farmers who agree to temporarily remove water from Colorado’s West Slope hay meadows and corn fields using a practice known as fallowing. It also looked at how such a conservation program would affect the farm economy and the communities and workers who rely on it for jobs.

“Potentially the program could be beneficial to the participants,” said BBC Managing Director Douglas Jeavens, a principal with BBC Consulting, which conducted the work. “The payments have to be large enough to offset any losses,” he said.

The water saved would go into a special drought pool in Lake Powell. The pool is envisioned as a way for Colorado and other states in the Colorado River Basin’s Upper Basin—Wyoming, Utah and New Mexico—to further protect their ability to use the river’s water even as Lake Powell continues to shrink.

Kathleen Curry, a former lawmaker and rancher in the Gunnison River Basin, said the analysis covered all the variables at play.

“I thought they did a good job,” she said. “The numbers they came up with are reasonable.”

The study looked at two different scenarios. Under a moderate scenario it examined the impact of fallowing 25,000 acres of West Slope land annually over five years, and an aggressive scenario under which 100,000 acres of land would be fallowed for the same period of time.

The study, released Sept. 25, was sponsored by the Glenwood Springs-based Colorado River District, the Durango-based Southwestern Water Conservation District, and Tri-State Generation and Transmission, among others. It adds important new detail to a statewide discussion about whether Colorado should participate in the drought pool.

Since the state began studying the pool’s feasibility in 2019, West Slope ranchers have said repeatedly that they can’t make a decision about whether to participate if they don’t know how much money they would be paid and how such a program would affect the local economy.

The study provides some preliminary answers.

Across the Yampa, Colorado, Gunnison and Dolores river basins, under the moderate scenario, ranchers would see a net benefit of nearly $9 million, while under the aggressive scenario, the net benefit would rise to $36 million over a five-year period. The water in the study was priced in a range starting at $194 an acre-foot and rising to $263 an acre-foot. 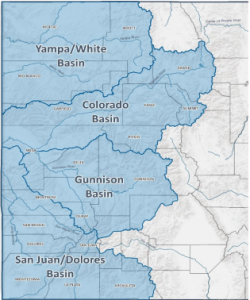 The Colorado, Yampa/White, Gunnison and Southwest basins were evaluated for secondary impacts of a demand management program that eventually could include the entire state. Source: Colorado River District

Individual ranchers who agree to fallow 100 acres of land could see an annual benefit, after expenses, of more than $50,000 under at least two scenarios, according to BBC’s analysis.

It also found that hay prices would rise 6 percent as supplies tighten and livestock populations would shrink by 2 percent.

Another key concern for ranchers and others is whether taking water off the fields could harm other water users on the river farther downstream.

“This is a critical issue,” said Jeavens. “But we think looking ahead we could design a program that either reduces or eliminates that risk.”

The pool would be filled with 500,000 acre-feet of water, roughly half of which would likely come from Colorado, should it, along with Wyoming, Utah and New Mexico, agree that filling the drought pool is doable.

Under a broader statewide study also underway, ranchers and cities would be asked to voluntarily set aside water for the drought pool and would be paid for whatever water they contributed to the program.

The Colorado Water Conservation Board, which is conducting the statewide feasibility analysis, declined to comment on the West Slope economic study.

Whether Colorado’s Front Range will embark on a similar study focusing on its contributions to the conservation program isn’t clear yet.

Previously Front Range cities have said they would be willing to contribute whatever water and/or cash is necessary to fill the drought pool in a way that is fair to cities and agricultural producers, as well as to different regions of the state.

The Colorado River, which starts high in Rocky Mountain National Park, supplies roughly half of the drinking water on the Front Range and is also used to irrigate millions of acres of hay meadows, corn fields and other crops on both the West Slope and Eastern Plains.

But if the drought-stressed river continues its decline, it could feasibly trigger involuntary cutbacks under the Colorado River Compact for the Upper Basin states, affecting both Colorado’s West Slope and Front Range.

Though such a scenario is still considered unlikely, policy makers and others want to see Colorado develop some kind of insurance against such a catastrophic event.

Who would pay for the conservation program remains to be decided. Some have suggested that thirsty state’s in the Colorado River’s Lower Basin—California, Nevada and Arizona—ante up any needed cash. Others believe that a new set of fees or taxes could fund the ambitious effort.

Don Schwindt, a rancher who sits on the board of the Southwestern Water Conservation District, said the study is a good step forward, but he wants more detailed analyses.

“These numbers are as good as any that have been generated. But the simple answer right now is that this is not enough money to generate the water. For my operation, I have to have a higher dollar than those averages or I am going to go broke.

“We’ve moved forward,” he said, “but we don’t have anything we can take to the bank yet.”