A Conversation with Greg Hobbs on Water Equity 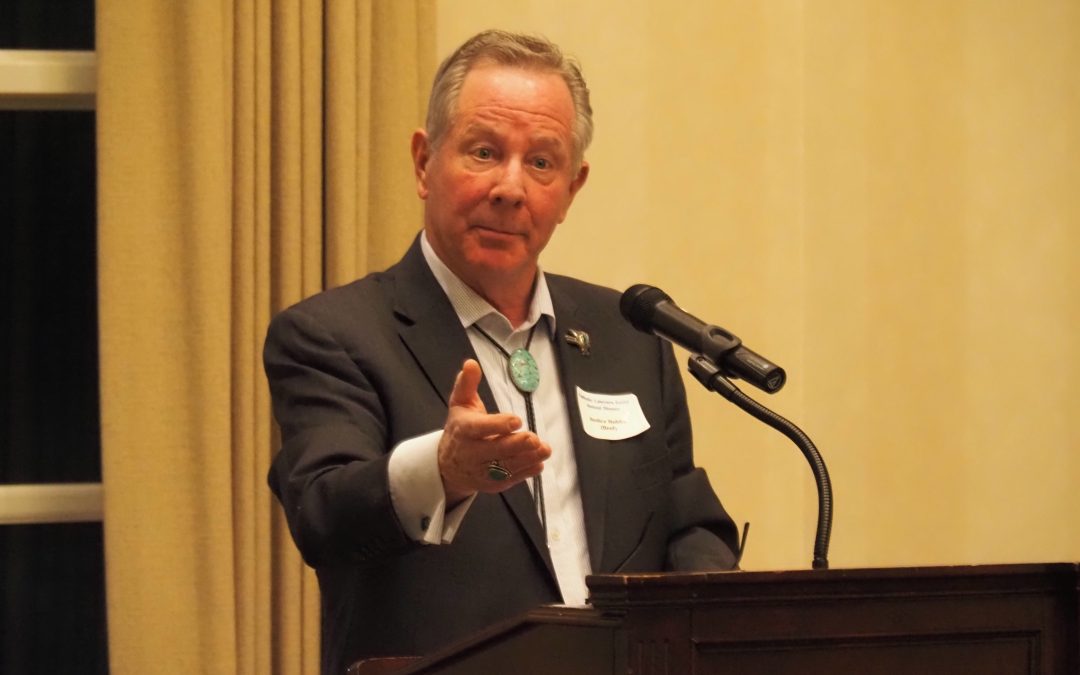 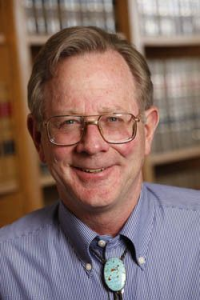 Greg Hobbs is a founding board member of Water Education Colorado. A retired Colorado Supreme Court justice, Greg is now a senior water judge who mediates disputes over water rights and ditch rights. He also teaches a Water Court Practice Seminar and Colorado Legal History at the University of Denver. At WEco, since the organization’s first board meeting in October 2002, Greg has served as vice president of the board and chair of the Publications Committee, which oversees work on Headwaters magazine and the Citizen’s Guide series. Over the past year, he has also been involved with WEco’s new Equity Committee which developed a set of equity principles that were adopted by the board in January 2020. We spoke with Greg about this equity-related work.

I started in October of 2002, the first board meeting. I’m the only one from the original board still serving. From that time, I’ve been chair of the publications committee and vice-president [of the WEco board]. The Headwaters magazine and Citizen’s Guides series started in those early days. Our responsibility is state-wide water education in a non-partisan way, to communicate with Coloradans to help them make informed decisions. That was the statutory mission the Colorado Legislators gave us during the horrendous 2002 drought. They saw the need for a statewide nonprofit organization that wasn’t tied to political parties and whose mission was fair, balanced and accurate education throughout the state.

How would you describe your time on the board since WEco’s inception?

Very enjoyable professionally. The organization came into being when I was serving as a justice of the Colorado Supreme Court. The code of judicial conduct allows judges to teach and write. They are removed from politics under the state’s judicial merit selection system. They can’t make campaign contributions, or receive them, or get involved in partisan politics. This fits very well with the mission of the Colorado Foundation for Water Education, now known as Water Education Colorado.

What was the initial desire to get involved with WEco?

It was a natural outgrowth of my work in law practice. I had represented the Northern Water Conservancy District for 17 years. I was in the Attorney General’s office before that doing natural resources and pollution control work statewide from ’75 to ’79. Before that I was at EPA Region 8, doing air quality enforcement. Growing up in an Air Force Family, I came to Denver, my wife Bobbie’s home, following graduation from the law school at the University of California, Berkeley in 1971. I clerked for federal judge William E. Doyle, who had been a Colorado Supreme Court Justice previously. He was in the midst of deciding the Denver Public School desegregation case. As Latinos and African Americans were moving out of Five-Points and the west-Denver neighborhoods, the school board was gerrymandering the Park Hill schools to exclude them. Judge Doyle found this wasn’t constitutional and the U.S. Supreme Court upheld his decision.

I came to Berkeley Law out of the Peace Corps, where my wife and I served in Colombia. My job was to take superintendents of education out of Bogota to be with the teachers and students of rural school districts. I felt like an idiot trying to converse with these educated people with my rudimentary Spanish. Bobbie and I both felt the sting of language difficulties.

Can you tell me a bit about what you are working on currently?

I’m a senior water judge doing mediation in cases that involve disputes over water rights and ditch rights. I teach a water court practice seminar with referee Susan Ryan of Water Division 5, one of my former law clerks, as well as Colorado legal history. This course tracks the equal justice timeline embedded in the Learning Center at the Ralph Carr Judicial Center. The history of our incomparable state began with Native Americans followed by the Hispano settlers and all the rest of us. I’ve always been fascinated with the legacy of the first great Western president, Abraham Lincoln. The Civil War began over whether the new Western states and territories would be slave or free.

Can you tell me a bit about how you got involved with the WEco Equity Committee?

I went to a seminar that WEco staff member Scott Williamson coordinated for the Water Educator Network. There were Latino, African American, and Native American speakers who were talking about the need to serve all Coloradans. We thought we’d been doing that, but they pointed out that many of our programs occurred during the workday and often in downtown office buildings. We weren’t reaching many members of the community where they live or at times they could participate in water education programs and activities. I was chagrined to realize that not a word of any of our publications was in Spanish!

What spurred you as a board to adopt something like the Equity Principles?

I think we needed to be challenged by those who’ve suffered from discrimination in their lives. I have to say that Jorge Figueroa is one of these people. His addition to the board several years ago really shows you why you need diverse representation. He had some real concerns about people and communities we were not reaching. It takes persons to say that “white privilege” doesn’t mean that you are being accused of something, it means you enjoy a position of status, or economic level, where you don’t realize that these issues of equity are out there affecting many persons. We heard from other organizations and the board unanimously adopted a set of equity principles to guide our water education work going forth.

This Q&A was first published in the spring 2020 issue of Headwaters magazine focused on environmental justice and equity.