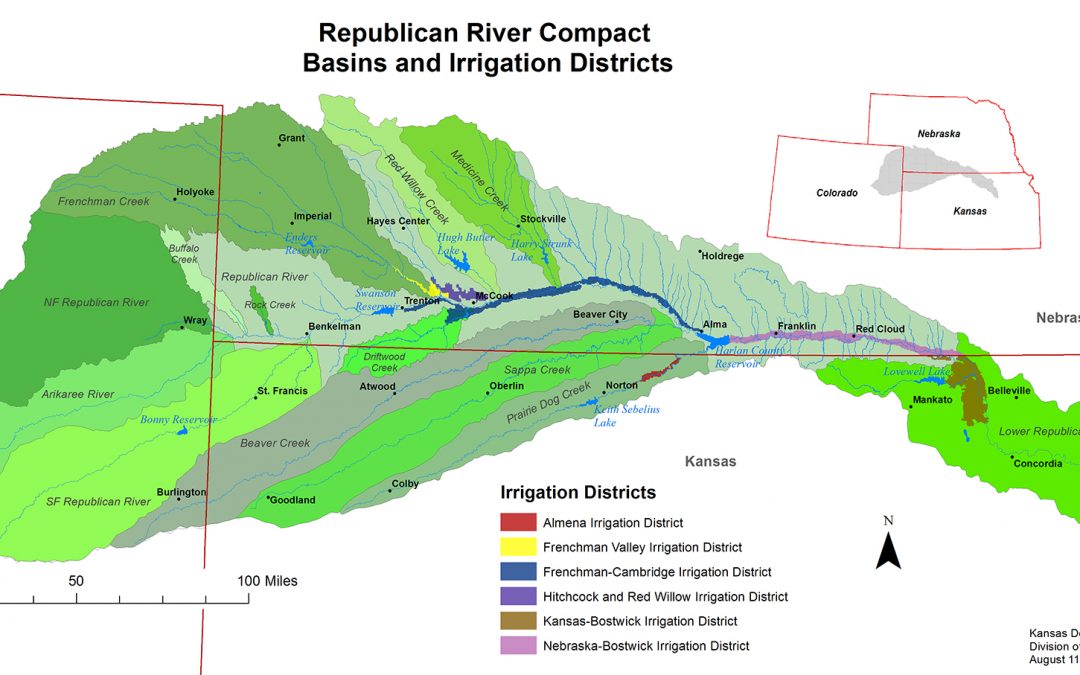 This interview, which first appeared in the Rocky Mountain Farmers Union (RMFU) newsletter, is part three of a three-part series (read part one and part two ) that we’re sharing here on the blog exploring groundwater and compact compliance in the Republican River Basin and the work of the Republican River Water Conservation District. 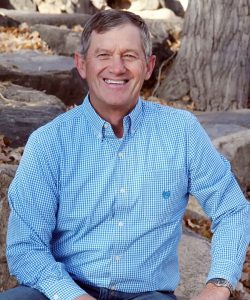 As water is being drawn from the Ogallala Aquifer (a non-renewable resource) and given the Compact implications with Kansas and Nebraska, what are the leading priorities and goals of the Republican River Water Conservation District?

Let me explain what the pipeline covers toward compact compliance. There are a total of four tests that Colorado has to pass to be in compliance. The pipeline takes care of the overall test. We annually withdraw from the aquifer approximately 600,000 acre-feet. We have to replace that with 10,000 acre-feet through the pipeline. That is the effect that our annual withdrawal has on streamflow. However, the North Fork, the Arikaree, and the South Fork have to pass their own tests. The North Fork and the Arikaree, as of now, are passing their respective tests. The problem is the South Fork. We are arguably not in compliance on the South Fork.

In 2016, the three states decided to carve out an area around the South Fork. The goal here is to retire 25,000 additional acres by 2029 (10,000 by 2024 and the balance by 2029) in what is being called the South Fork Focus Zone. The RRWCD agreed to attempt to get 25,000 acres of voluntary retirements through our existing programs. It is important to understand, that this agreement is the first time that Kansas was not asking for water in the stream that would reach the gauging station at Benkleman, Nebraska: just retirement of acres. This is huge in the big picture. This is not just a problem that affects only the South Fork water users. If we are successful, the entire basin benefits. It is worth noting Kansas was the driving force on this issue because the South Fork flows into the northwest corner of Kansas. The end result is the South Fork compliance issue goes away. Further, the agreement states that if we are not successful in getting the 25,000 acres, the State of Colorado has to come up with an alternate plan. This issue begs the question, “could basin-wide conservation be the alternate plan?”

What are the limiting resources of the district?

Our budget is the limiting resource. The Board does not want to increase the fee assessment. The Budgeting process, we go through, is rather extensive, like most entities such as ours. The budget covers all of our requirements for debt reduction and our retirement programs. Future water rights purchases are also considered in the budgeting process. It is a $7 million budget that the board has always guarded with the most conservative approach possible.

If nothing changes, what do you see happening in five years? In ten?

If nothing happens in the way of a meaningful reduction in consumptive use (a conservation plan) we know at least one thing that has to happen. We will need to continue to purchase more water to put into the pipeline. We have 13,500 acre-feet of historical consumptive use to put into the pipeline now. The engineering folks tell us that, over time that amount will have to increase to meet the statewide test. To put it in simple language, we need to be purchasing approximately 200 acre-feet per year (equal to one pivot per year near our existing well field) to keep pace with the lag effect. The lag effect is the impact that distant pumping has had on the streamflow today. It increases over time. Even though you retire a well 20 miles from the stream, the effects that well created continue to hit the stream for many years to come. Thankfully, the board in 2007-08, made the decision to oversize the pipeline. It can handle 25,000 acre-feet per year if needed.

Right now we are not using all the water that we have purchased. Annually, we have to put approximately 10,000 acre-feet into the stream to meet the requirements of the Compact. This is considerably less water than if those 62 permits were still pumping on ag land for production purposes. Plus those permits when pumping on ag land could have used up to their permitted amount, which is considerably higher than the Historical Consumptive Use we are held to. The long term goal, I would hope, would be a shift to a meaningful conservation plan. The longer we can prolong the life of the aquifer, the more likely a win-win for everyone in the basin.

What will it take to achieve a measurable level of success and what is the most likely to get in the way of the progress?

To achieve a measurable level of success, it will take very strong leadership on the part of the RRWCD Board of Directors and the leadership of all the Ground Water Management Districts, truly looking out for what is in the best interest of the entire basin, not just in their respective areas. This will be the single largest challenge. As stated before, the Ground Water Management Districts have the authority, but most do not have the financial wherewithal to make it happen. It will take a combined effort of all entities, in order to make something meaningfully measurable and it has to be “right and fair” for all.

The RRWCD Board is in a classic Catch 22! We can’t spend our way to compliance. The purchase of additional water, on an annual basis, is not a sustainable budget equation. And, frankly, it just continues to kick the can down the road. The basin as a whole has to come up with a conservation plan that we all share in as the best way to reduce the financial burden. If we all agree to do our fair share in reducing consumptive use, then we have an equation that works. If we can’t come to a fair and equitable method, then we just continue to kick the can.

It is my hope that we do muster the courage to have the discussions in the basin with all the appropriate entities and players to develop a plan. We’re not sure what that will look like at this point in time. We have been working on this for a very long time, ever since the completion of the pipeline project. From the RRWCD standpoint, we have faced one hurdle after another and have always moved in a positive direction based on what we knew at the time. But it seems—as one board member has put it —we never get to a finish line. We feel that Kansas and Nebraska would see it as a big step in the right direction if we can develop that conservation plan that keeps us on a long term path of prolonging the life of the Ogallala. At the same time, through programs like the Master Irrigator Program, we can give producers the tools to economically survive with less consumption. But at the end of the day, we need assurance that we put ourselves in a better position to maintain compact compliance.