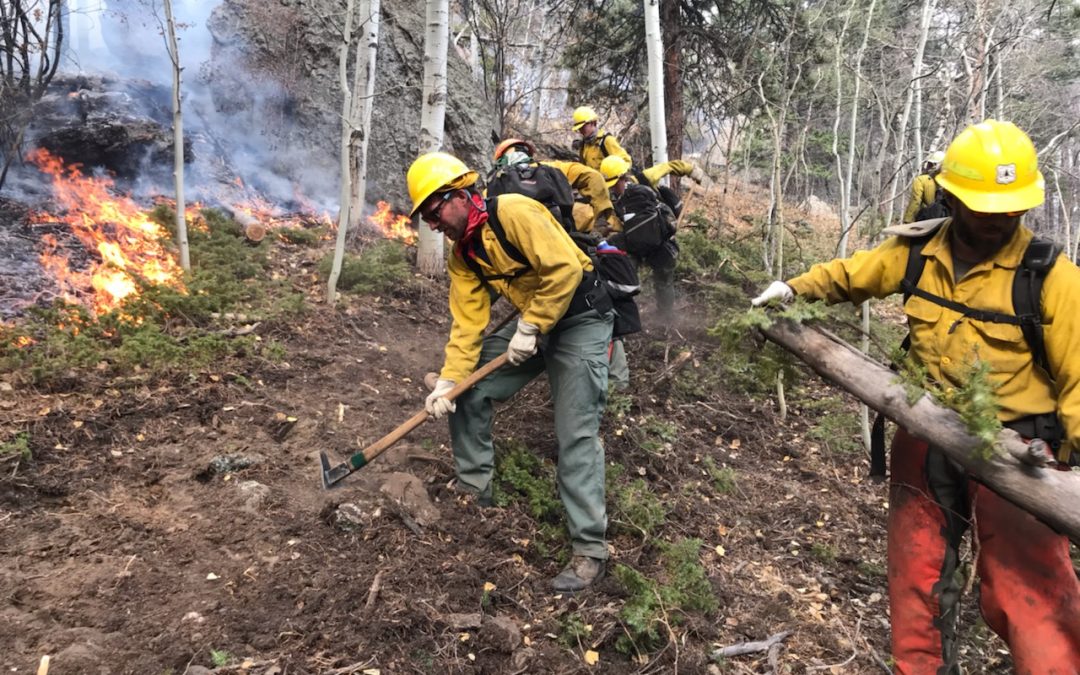 Last fall, I took time away from my position as the Executive Director of the Colorado Department of Natural Resources to deploy with a team of wildland firefighters on the Cameron Peak Fire, which was blazing out of control in the foothills and mountains above Fort Collins.

I have been a certified wildland firefighter since 2007 and spent time in California and Colorado working with state and federal teams on a number of fires.

However, the Cameron Peak fire was something different. It started high in the Cache La Poudre River drainage in mid-August. Sixty-two days later it had burned 208,913 acres on the Arapaho and Roosevelt National Forest, scorched forests from near the Continental Divide to just outside of Fort Collins and was the largest wildfire in state history.

On the ground,  I was assigned to an Initial Attack team. Our Division goals were to seek and put out fire and protect homes and critical infrastructure. We moved from home to home within the wildland urban interface (or WUI) making quick determinations on which houses to save and which ones were unsafe for our team to defend. The 70 mph winds were something I had rarely experienced on the fireline and members of my team saw fire behavior that they had never witnessed before.

Close by, the East Troublesome Creek Fire had burned from western Grand County all the way to Grand Lake and then up and over 14,000-ft mountains on the continental divide all the way over to Rocky Mountain National Park, only stopping just short of Estes Park.

It was a devastating fire season where Colorado saw three of its largest wildfires in its history,  burning over 600,000 acres, causing significant displacement, devastated communities, impacted water supplies and ultimately resulted in hundreds of millions of dollars in property loss and damage. 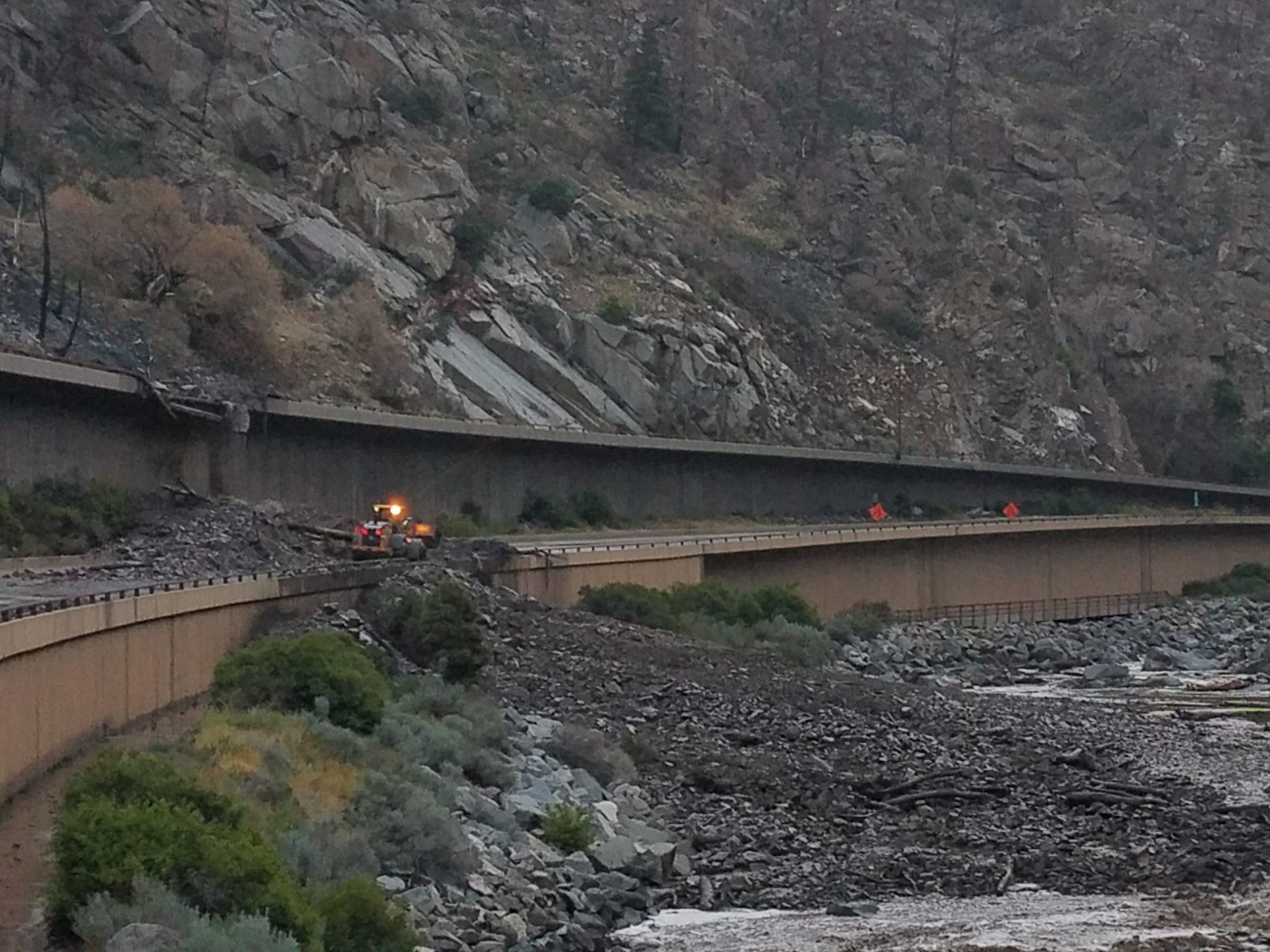 When summer 2021’s rains hit the steep slopes that burned in 2020’s Grizzly Creek Fire above Glenwood Springs, Colo., destructive mudslides caused Interstate 70 to shut down and impacted water quality in this section of the Colorado River.
Photo Courtesy of the Colorado Department of Natural Resources

When the fires finally died down after late season snows, the analysis from wildfire and forest professionals was that the wildfire game had changed.  Climate change, increase in population in forested areas, poor forest health, and long term drought was creating a virtual year-round fire season. Furthermore, the climate-fueled fires were larger, burned faster and created dangerous conditions. It was clear that the status quo of wildfire suppression and fuels treatments needed to change.

In Colorado we have long been a leader in efforts to reduce wildfire risk and encourage forest health, and protect watersheds. However, past efforts have lacked the coordination, landscape-scale focus, and robust state investment required to properly address the size and behavior of catastrophic wildfires. The Colorado State Forest Service estimates in its Forest Action Plan that over $4.2B  is needed to restore 2.4 million acres of Colorado’s forests, with over $760 million alone needed for fuels reduction work in the wildland-urban interface (WUI).

In total $88 million was allocated for wildfire recovery efforts on our lands and waters.

SB21-240: Allocated $30 million to boost an existing Colorado Water Conservation Board grant program to protect watersheds from the impacts of wildfires. It also sets aside funding for a statewide watershed analysis of wildfire impacts to provide targeted and strategic mitigation where we need it most.

Already progress is being made on both fronts. In mid-November, the Department of Natural Resources launched the Colorado Strategic Wildfire Action Program, which will implement SB21-258.  The $17 million program has a specific focus of protecting life, property, and critical infrastructure across all lands in Colorado.  It will accomplish this through doubling Department of Correction State Wildland Inmate Fire Teams (SWIFT) and significantly increasing Colorado Youth Corps forest health mitigation work throughout Colorado.

In addition to quickly deploying SB21-240 funds to restore heavily impacted watersheds in the Cameron Peak and East Troublesome Fires, the CWCB has launched its Wildfire Ready Watersheds statewide susceptibility analysis to provide local communities with the tools they need to mitigate the threat of catastrophic fire to their water supplies. Forest treatments, stream and wetland restoration, and water treatment upgrades are just some of the strategies that communities must deploy to secure reliable drinking water, resilient drainage infrastructure, and healthy watersheds in the face of increasingly extreme fire behavior. Understanding now which treatments and strategies are best suited for a particular watershed will prepare Colorado to direct federal investments in forest health and Western water towards the highest impact priorities.

Of course wildfires don’t know the difference between a state park, national forest, or private land.  Future forest health projects have to be better integrated and in close collaboration among federal, state, local government and private landowners.

But there is progress on cross-boundary work as well.

Last year, Governor Polis signed a Memorandum of Understanding with the US Department of Agriculture to establish a Shared Stewardship framework for all lands in the state to do precisely that. State agencies like the Colorado State Forest Service, Department of Natural Resources and Department of Safety’s Division of Fire Prevention and Control will work in tandem with the US Forest Service and other federal entities to ensure that future projects are done in the right places at the right scale and using all our available tools for active management.

The new collaboration, memorandums of understanding, and increased state and federal funding will all make a difference. However, Coloradans will also have to adjust as well. Colorado’s temperatures have warmed 2 degrees Fahrenheit in the last 30 years, and that trend continues, along with less reliable precipitation as a result of climate change. As a result, many of our burned forests may never recover to their previous condition. Our rivers and streams will have less reliable flows and we could see more catastrophic floods, challenging future water supplies impacting our current water infrastructure. Additionally and tragically, some of our wildlife, plants and current ecosystems may not be the same as previous generations of Coloradans enjoyed.

However, doing more of the same or doing nothing at all is not an option. If we can make our forests and watersheds more climate resilient and if we can implement measures to give greater protections to communities living in fire prone areas, and if individual homeowners take ownership to create defensible spaces around their homes, we can ensure that Coloradans can live and enjoy are forested mountains and flowing rivers for generations to come.

I know I am up for the challenge and the staff I work with at the Department of Natural Resources and our other state agencies are as well.  And I know Coloradans are too.

Read more about wildfires and water in the Fall 2021 issue of Headwaters magazine, The West’s New Megafires. 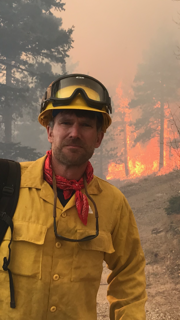 Dan Gibbs is the executive director of the Colorado Department of Natural Resources where he leads the development and execution of the department’s initiatives for the balanced management of the state’s natural resources. Dan works on an array of issues pertaining to all of Colorado’s natural resources, including water, wildlife, state lands, oil and gas and mining.

Dan is a certified wildland firefighter and is affiliated with the ROSS system, through which he is on call to fight wildfires throughout the United States. He chaired the statewide Wildland Fire and Prescribed Fire Matters Advisory Council, and represented county governments on the Forest Health Advisory Committee.