Tom Cech knows what water-short looks like close up. He grew up on a “dirt-poor” dryland farm his great-grandparents homesteaded in 1878 near Clarkson, Nebraska. “That’s where I first learned about groundwater. We got our drinking water from a well 283 feet deep sunk into glacial melt.” 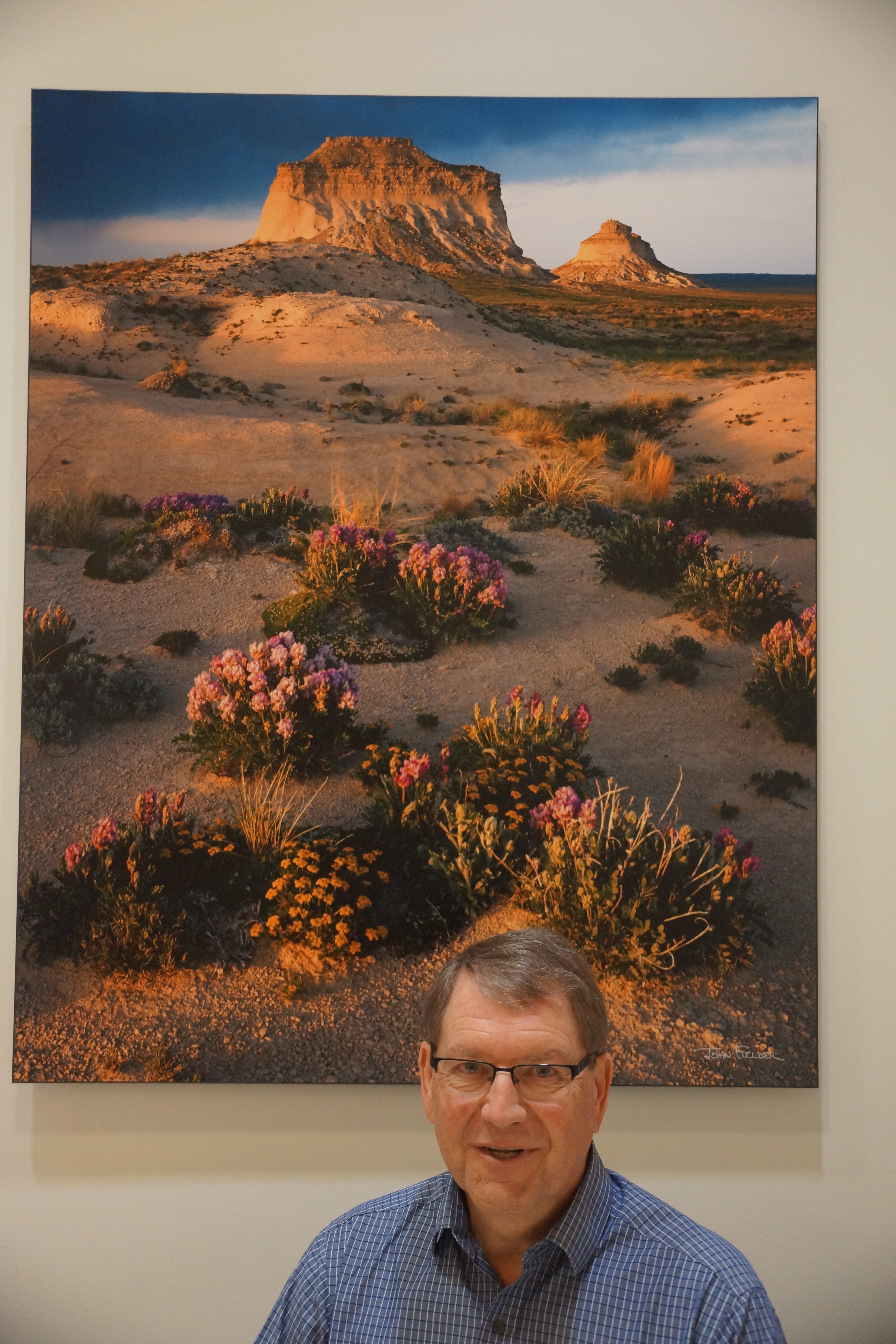 He aimed to be a teacher. With an undergraduate degree in education from Kearney State College, he taught high school math in Wilber, Nebraska for two years. He and his wife, Grace, also a Nebraskan, moved to Salt Lake City in 1977 to be near the mountains. Cech found a job with an architectural and planning firm. Fascinated by the city’s spacious urban layout, he followed up with a Master’s Degree in Community and Regional Planning from the University of Nebraska-Lincoln.

In 1982, with two young daughters, no job, and a continued yearning for the mountains, he spotted a Sunday Denver Post advertisement for Executive Director of the Central Colorado Water Conservancy District in Greeley. When the district asked him for an interview, “I got goosebumps flying over the South Platte. Oh my goodness, I could actually have a chance at working at a job that sort of follows the thread of Centennial.”

His distinguished service for central extended 29 years through the great water years of the 1980s and 90s into the blistering well crisis brought on by the 2002-2003 drought. Senior priority ditch calls on a depleted river shuttered thousands of junior priority groundwater wells lacking adequate augmentation plans under Colorado’s 1969 Colorado Water Right Adjudication and Administration Act.

Through Cech’s energetic commitment, central became a water education leader. In 1991, it convened the world’s second children’s water festival. Ever since, water wizards have blossomed across Colorado. Amidst the drought, working with Representative Diane Hoppe, Senator Jim Isgar and the Colorado Water Congress, he helped bring into being the Colorado Foundation for Water Education (now Water Education Colorado) in 2002.

Cech has never lost sight of Colorado’s rural-urban water education needs. He’s served on the faculty of the University of Northern Colorado and Colorado State University. Rounding out their spousal partnership in education, Grace served in library acquisitions at UNC and CSU. A prodigious writer, Cech’s book authorships include Colorado Water Law for Non-Lawyers (with Andy Jones); Water, Colorado’s Real Gold (with Dick Stenzel); and Defend and Develop, a 75th Anniversary history of the Colorado Water Conservation Board (with Bill McDonald). He’s also authored two college water textbooks used by students nationally and internationally, Principles of Water Resources and Introduction to Water Resources and Environmental Issues (with Karrie Lynn Pennington).

During the well crisis, Cech took up ice hockey so “I could relieve stress by putting on a helmet and shoulder pads to get beat up with!” He studied durable leaders. His role models became Judge Clifford Stone of Gunnison, CWCB’s first director, and Russell George of Rifle, former Speaker of the Colorado House of Representatives and author of the 2005 Colorado Water for the 21st Century Act. “They were fair, inclusive, and forward thinking, educators and public servants in the best possible terms.”

Tom was the perfect fit for starting up the One World One Water Center in 2011. Housed at Denver’s Metropolitan State University, the OWOW Center has sparked Metro’s comprehensive water curriculum offering a Water Studies Minor and Water Studies Certificate. A partnership with the Denver Botanic Gardens has expanded the center’s off-campus leadership role in water use and conservation.

Jenny, April and Melissa, Tom and Grace’s daughters, are engaged in professional endeavors worthy of their bright western upbringing. Jenny is a thermal engineer at Blue Canyon Technologies in Boulder, ensuring that satellites function securely in space. April is a post-production sound engineer at 20th Century Fox studios in Los Angeles. Melissa serves as social media manager at CU-Boulder, and, yes, she will talk to her Dad after CU plays in Lincoln this Fall!