This four-part series contrasts the processes behind the Colorado Water Plan with four other recent western water plans: California, Texas, Montana and Oregon.

The production cycle of the Colorado Water Plan is a three-phase process, which involves regional engagement and project planning through basin roundtables and Basin Implementation Plans; statewide modeling, published in the Technical Update, and the publication of a comprehensive statewide plan. Not all states directly involve regional groups in state water plan development. Within the five Western water plans researched for this series, two states mandated the production of a high-level statewide policy document; while three states, including Colorado, mandated a regional or “basin” planning effort to inform statewide processes.

These approaches can be described as “top-down” and “bottom-up.” A top-down approach produces a water plan entirely directed and developed through state agencies, with designated periods for public comment. The final product of a top-down approach, exemplified by the California and Oregon state water plans, is described by state agencies as a high-level policy plan. In contrast, a bottom-up approach is rooted in the recruitment of regional planning groups. These groups develop unique basin plans that directly inform the content and directives of the state water plan. Examples of this planning approach include Colorado, Montana and Texas. The product of a regional approach constitutes multiple products: multiple basin plans and a single comprehensive state water plan. This idea is embodied in the figure below, which features Colorado’s nine Basin Roundtable boundaries. 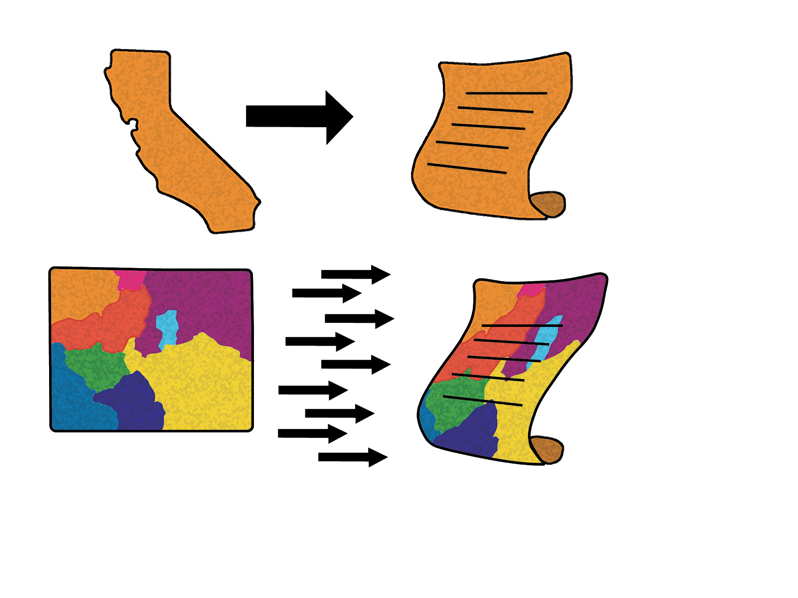 This figure distinguishes two types of water plan production: a “top-down” process, executed and directed by state agencies; and a “bottom-up” process, where the production of regional plans informs the content and policy directives of a comprehensive statewide document.

A legacy of collaboration

The choice to pursue one strategy or another is rooted in the history of each states’ water governance, as well as contemporary policy and budgetary requirements. The Colorado Water Plan’s mandate for regional planning directly builds on the legacy of the basin roundtable process. The basin roundtable process was established in 2005 by the passage of House Bill 05-1177, “Colorado Water for the 21st Century Act.” This bill codified a deeply collaborative approach to addressing regional water concerns and visions for the future. This legislation also established the Interbasin Compact Committee to operate as a statewide forum for basin roundtables. The success of these volunteer groups directly informed the engagement efforts mandated in the 2013 gubernatorial executive order that called for the production of Colorado’s first statewide water plan.

Regardless of the degree of regional authorship within a state water planning process, there is interest across Western state water plans in investing in locally identified water projects. For example, documents associated with California’s most recent “2018 Update” underscore a state interest in funding regional priorities. The report “Funding Mechanism Inventory and Evaluation” identifies watershed or river basin assessments as a potential vehicle for the state of California to fund locally-identified management actions.

This trend in regional engagement is concurrent with an effort to expand water education programming and water policy accessibility. To this end, state water plans including Texas, California, and Colorado have developed (or are currently developing, in the case of Colorado!) interactive online components that will accompany their water plans. While the 2019 Utah Water Plan was not explicitly examined for this blog series, it will notably prioritize a new webpage interface over traditional printing. 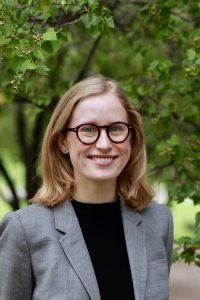 Hannah O’Neill is a graduate student at CU-Boulder studying environmental policy and western water management. Hannah is a fifth generation Coloradan and Denver native, who has a professional background in fossil exploration and National Environmental Policy Act compliance. Hannah obtained a BS in Geology-biology from Brown University in 2014.