Coping With a Toxic Legacy 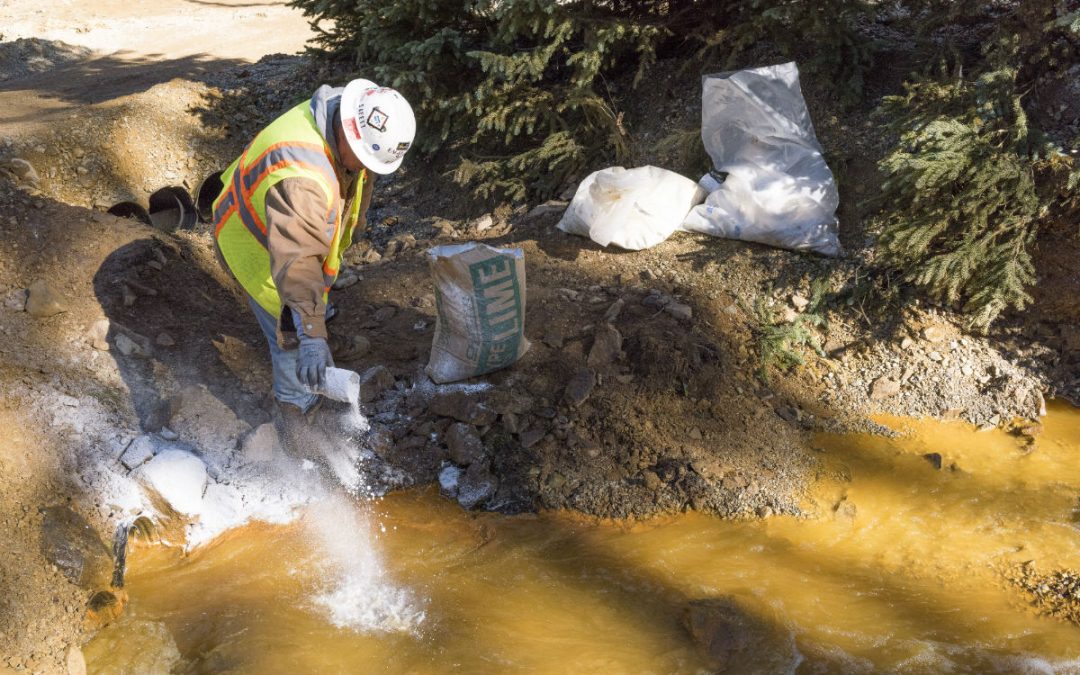 Lime is added to contaminated water after the Gold King Mine spill. The spill drew attention to the estimated 23,000 abandoned mines across Colorado and revived local, state and federal efforts to facilitate cleanups. Eric Vance, courtesy EPA

The dangers of abandoned mines captured national attention in August 2015, when EPA crews working on the cleanup of the Gold King Mine near Silverton in southwestern Colorado, accidentally caused the release of toxic wastewater into the Animas River.

The new legislation still aims to modernize hard rock mining laws that date back to the General Mining Law of 1872 (and which haven’t been amended since), but this bill drops the Good Samaritan language and focuses on funding for abandoned mine cleanup.

Enactment would provide resources to clean up thousands of abandoned mines in Colorado by imposing a royalty on hardrock mining, requiring companies to pay both an annual rent for claimed public land and a reclamation fee on extracted minerals to cover the cost of reclaiming old mines. As of December 2017, Senator Udall says he will continue pushing the Energy and Natural Resources Committee to hold a hearing on this bill.

While legislation is pending, some Front Range communities are finding creative solutions to the dangers posed by abandoned mines while meeting their water supply needs. In January 2018, Aurora Water received approval from its city council to purchase groundwater from beneath the abandoned London Mine complex, west of Fairplay. The initial purchase could mean an additional 1,400 acre-feet of fresh water for Aurora residents. If all goes well, Aurora Water is already looking at a second transaction, which could expand groundwater extraction at the site to up to 5,400 acre-feet a year. By pumping water beneath the mine, Aurora Water could help prevent the water from reaching exposed rock in mine tunnels, preventing further acid drainage while procuring new water supplies.