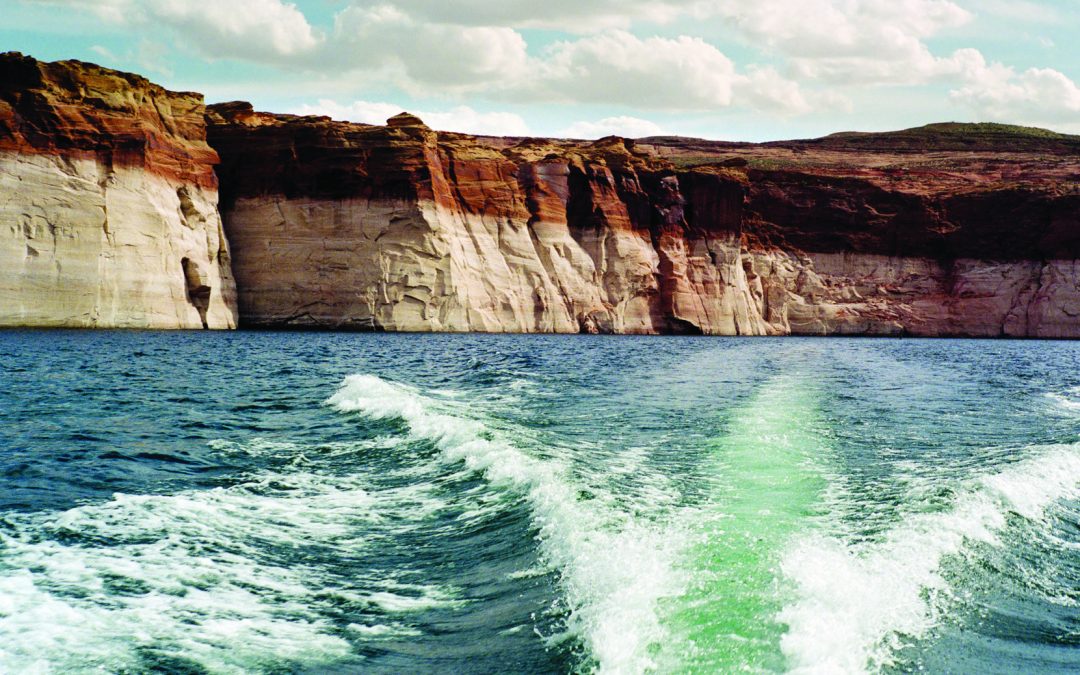 Bound for the delta, through seven states and Mexico

Each year, in an ancient ritual, the Colorado River Basin’s mountain watersheds graciously give up their melting snows to the river as it winds some 1,450 miles from its headwaters in Rocky Mountain National Park to the Gulf of California. But while water managers along the river’s path consider increasing demands due to population growth, they’re also expecting the river’s bounty to shrink under the influence of prolonged drought and climate change.

As states and various interest groups stake out their positions, the health of the river itself suffers. “The overarching issues of the main river are often neglected because people are so up in arms protecting their own private Edens,” says Jonathan Waterman, who has traveled the river from its headwaters to its delta and written about it extensively for the National Geographic Society. “Meanwhile, no one seems to put much stock in the fact that the river no longer reaches the sea and hasn’t for more than 12 years.”

Under the 1922 Colorado River Compact, the seven states that comprise the basin must share its water. At the time the compact was signed, the river’s average annual flow was thought to be 17.5 million acre feet (maf). The three lower basin states—Nevada, Arizona and California—were allotted 7.5 maf per year, and the four upper basin states—Wyoming, Utah, Colorado and New Mexico—expected to receive the same amount. The compact requires, however, that a flow condition be met at Lee Ferry in Arizona, the dividing line between the upper and lower basins—75 maf over a 10-year running average—resulting in the upper basin bearing the impact of shortage created under lower flow conditions.

In addition, the lower basin states received the option to develop an additional 1 maf, apparently accounting for the Gila River’s flows in the lower basin. And Mexico, by a treaty in 1944, was awarded 1.5 maf annually, an obligation currently shared equally by the upper and lower basin states, but which raises significant legal issues that remain unsettled. 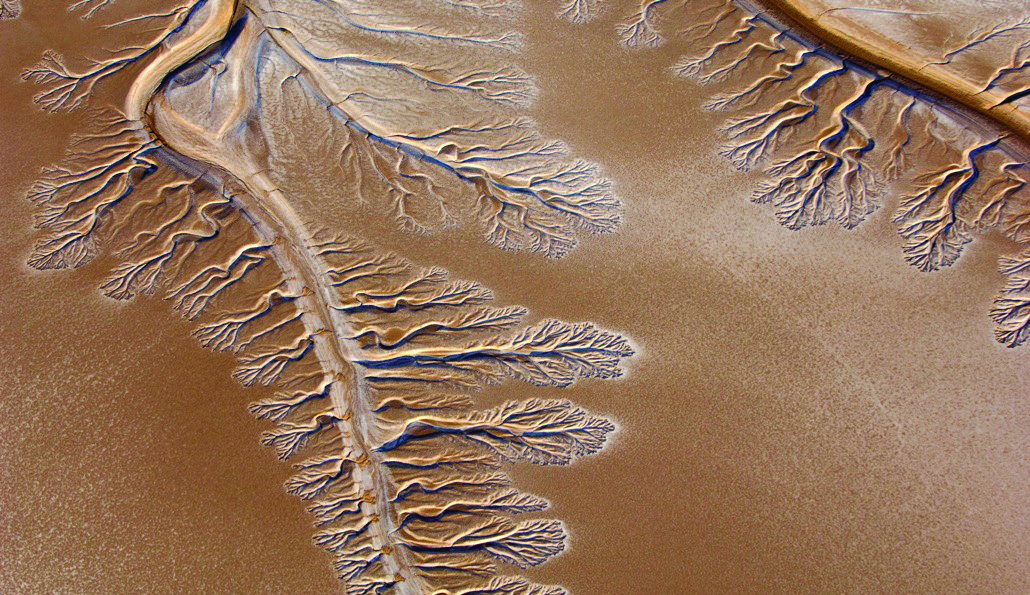 Dendrites indicate the path of rising tides over the mudflats of the Colorado River’s delta at the Gulf of California, where the river no longer meets the sea. Photo By: Peter McBride

Any excess, historically, has been stored by the upper basin in Lake Powell and by the lower basin in Lake Mead. But over the last decade there has been little excess, in part because the lower basin is consistently overusing its share by 1.5 maf each year, but also because the original allocation of the river was based on a decade of exceptional moisture. In fact today, based on ancient tree-ring studies, modern water measurement techniques and sophisticated weather forecasting, the river is believed to produce no more than 14.7 maf on average. Thanks to drought and climate change, that figure may continue to shrink.

The good news for Colorado, which, until recently, believed it had room under the compact to safely develop as much as a half million more acre feet, is that the harsh, exposed shorelines of Lake Powell and Lake Mead are forcing all seven famously combative states to try new arrangements. Some are starting to pay off.

In 2002, California signed an historic quantification agreement that reduced its use of the river from 5.2 maf to 4.4 maf. For decades, thanks to surpluses in the river, few ever thought California would agree to such a reduction. But growth in the other lower basin states and painful droughts helped push the parties to finalize the agreement.

Then, in 2007, with the help of the U.S. Bureau of Reclamation and the U.S. Department of the Interior, the basin states adopted a more flexible management regime for Powell and Mead, allowing the reservoirs to operate in tandem to ensure their storage levels are kept roughly equal. This reduces the likelihood of either basin hitting the low levels that could lead to a compact curtailment situation and allows the whole river system to both take advantage of good years and make water deliveries easier in dry years.

Another important new agreement was triggered in the spring of 2010 by a major earthquake in Mexicali, Mexico. The quake damaged a critical irrigation system, causing physical shortages in Mexico. For the first time, rather than taking its full share of the river’s flows each year, Mexico agreed to a multi-year accounting program like the one that allows the upper basin states to meet their downstream obligations over a 10-year running average. One year may be short, but as long as the multi-year average is maintained, Mexico cannot declare a shortage, or at least that’s the hope. In exchange, Mexico will be allowed to store up to 260,000 acre feet of unused water in reservoirs in the United States for later release.

“Here, there is a crisis of cultural and environmental proportions. We have denied the most iconic white water river in North America its exit to the sea.”  – Jonathan Waterman

Even as the states and Mexico race to find ways to make their short supplies stretch, conservationists worry about the river’s parched delta at the Gulf of California. In habitat that bears little resemblance to the soaked wetlands that were once the river’s last resting point before it reached the sea, endangered fish, subtropical songbirds and other species are just hanging on.

The work of groups such as The Nature Conservancy, the Environmental Defense Fund and the Pacific Institute, a San Francisco-based think tank that closely tracks Colorado River issues, is beginning to shift the debate and, in some instances, the flow of water to the Delta. Such groups are buying water rights in Mexico to aid the stream. They are also pushing the U.S. and Mexican governments to find ways to purchase additional water rights and to re-operate some reservoirs to restore 50,000 to 60,000 acre feet in annual flows along with flushing flows—of about 260,000 acre feet every four or five years—to mimic the historical flooding that occurred before the river was dammed.

Waterman has seen the river’s distress first hand. “This is the most beautiful place in the river,” he says of the delta. Yet, “Here, there is a crisis of cultural and environmental proportions. We have denied the most iconic white water river in North America its exit to the sea.”