Echoes of the Ancient Ones 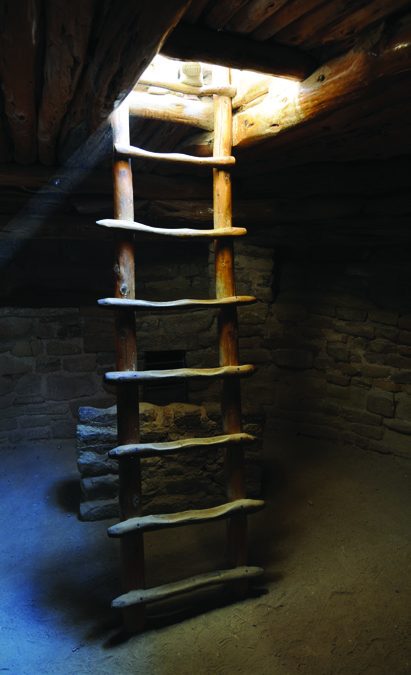 Could you have survived in the desert southwest during the 1200s? Where would you get your water? How would you grow your food?

Coloradans today have more in common with the Mesa Verde archaeological region’s Ancestral Puebloan people than some might think. There, in the area that includes today’s Mesa Verde National Park as well as Canyons of the Ancients and Hovenweep national monuments, a complex civilization subsisted for 4,000 years. The Ancestral Puebloans, also sometimes called the Anasazi, reached a peak population of about 30,000 people—the region’s current population isn’t much greater—before abrupt – ly departing the area, likely in pursuit of water resources.

“Water has always been key, [The Ancestral Puebloans] gained a detailed and intimate knowledge of the environment that they lived in and figured out sustainable ways to live in this environment that other people would consider marginal.” – Dr. Mark Varien

Dr. Mark Varien, research and education chair with the Crow Canyon Archaeological Center in Cortez, likens the pressures that may have pushed the ancient people from the archaeologically rich area to that which today’s Coloradans also face. “The climate was deteriorating at the same time that the population was growing. That put a stress on the social system and conflict increased,” Varien explains. There were additional factors like overhunted game and depleted forests. “Together those were the conditions that resulted in Pueblo people moving from here and settling in areas further south—where they still live today.”

Since 2000 B.C., when the earliest corn found in the Mesa Verde region dates back to, people grew crops using dryland farming techniques, nurturing corn varieties adapted to require little moisture. New inventions led to continued innovation, the population grew, and the culture changed exponentially, developing into what Varien calls one of the world’s most aesthetically rich cultures. “Water has always been key,” Varien says. “[The Ancestral Puebloans] gained a detailed and intimate knowledge of the environment that they lived in and figured out sustainable ways to live in this environment that other people would consider marginal.”

Varien believes we can learn from the ancient people, who prospered for thousands of years longer than today’s communities have persisted thus far. “People appreciate that the Pueblo people did more than just survive,” he says. “They thrived.”