For the Archaeology Buff 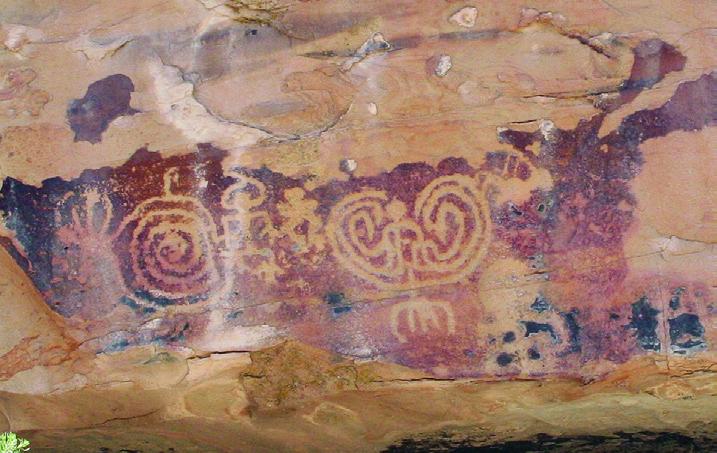 Mesa Verde National Park in southwestern Colorado is a UNESCO World Heritage Site, one of 936 such sites recognized around the world for their outstanding cultural or physical significance. Mesa Verde is home to some 600 Ancestral Pueblo cliff dwellings, many other mesa top and bottom pit houses and ancient water harvesting works. As glorious as the park is, there are many other interesting Na­tive American, cultural and recreational features to enjoy in the area.

Begin at the Southern Ute Cultural Center on tribal lands at Ig­nacio near the Durango airport: www.succm.org/plan-your-visit/ plan-an-event. Throughout their history, the Utes have loved horses and the shining waters of the San Juan Mountains. They possess an 1868 tribal reserved water right and rank among the most indus­trious Native American peoples in the United States. The product of an agreement settling Ute water right claims, the Nighthorse Reser­voir of the Animas-La Plata Project in Ridges Basin above Durango stores water for use by the Southern Ute, Ute Mountain Ute and Navajo tribes and neighboring towns.

Inspect the ancient Far View Village and Far View Reservoir on Chapin Mesa within Mesa Verde National Park near Cortez. This in­genious mesa top reservoir collected drinking water before it silted over. It is one of four ancient reservoirs that operated at Mesa Verde from 750-1180 A.D. Read up before you go: http://wrightpaleo.com/ wordpress/publications. See beautifully decorated water mugs and jugs at the Spruce Tree House museum. Locate the precious spring the people relied upon for drinking water and for raising domesticated turkeys at this spectacular cliff dwelling. More information is available at the park website: www.nps.gov/meve/historyculture.

Learn through hands-on activities at the Anazasi Heritage Center near Dolores how the first Coloradans grew and prepared food, and fashioned clothing and shelter for their families over the centuries in a water-short region. The center is run by the Bureau of Land Management: www.blm.gov/co/st/en/fo/ahc. html. Nearby, McPhee Reservoir provides water to the farmers and communities of Montezuma County, along with fishing and camping: www.packyourgear.com/Colorado/McPhee-Reservoir. aspx. Book a journey into the Ute Mountain Ute Tribal Park with a Native American guide: www.utemountainute.com/tribalpark. htm. W. H. Jackson’s famous 1874 photograph of the tribal park’s Two Story House, a cliff dwelling perched 800 vertical feet above the Mancos River, first alerted the world to the archeologi­cal riches of the Mesa Verde region. Jackson thought the circular structure on the eastern edge of this dwelling was a water cis­tern. More likely, it stored water jars and served as a star-gazing and watch tower. Ask your guide to stop at the legendary cre­ation panel that features Rain Cloud with her butterfly wings and the flute-playing rainmaker, Kokopelli. Get a preview of what you might find by reading “The Four Corners,” a short narrative of my own guided experience there: www.cobar.org/docket/doc_ar­ticles.cfm?ArticleID=5851.

Contact Crow Canyon Archaeological Center, a nonprofit ed­ucational organization located near Cortez, to learn how you and your family can get involved in hands-on archeological research activities: www.crowcanyon.org/about/about.asp.