For the Tommyknocker at Heart 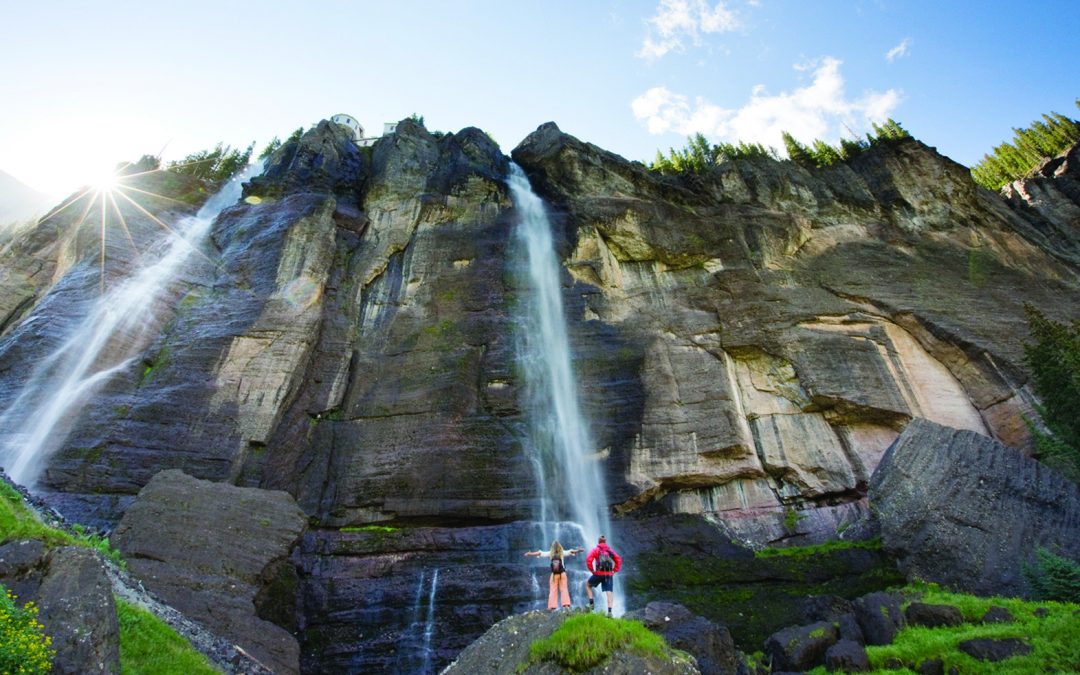 Mining the Past in Telluride and the Headwaters of the San Miguel.

Better known today for ski runs and music festivals, the historic mining community of Telluride sits at 8,756 feet above sea level in a spectacular box canyon at the base of the towering San Juan Mountains. Established in the 1870s, Telluride prospered from prolific gold and silver mines located in the headwaters of the San Miguel River more than 3,000 feet above town.

The mining industry brought more than wealth. Water from the mines and the milling processes left a legacy of impacts related to water quality and river flows. Water and mining also brought alternating current electricity to the nation when, in 1891, Lucien L. Nunn installed the world’s first hydropower AC electric plant and 2.6-mile transmission line in nearby Ames to power the Gold King Mill. Nunn parlayed water rights he had obtained for placer mining into a source of power for his turbines, forever changing the mechanized world. Explorations in and around Telluride offer many opportunities to experience the area’s mining legacies.

Start your visit at the Telluride Historical Museum downtown in the old stone hospital at 201 West Gregory, which opens for the season Memorial Day weekend. Museum exhibits explain the early technologies—and the dangers—of hard rock mining. A few blocks away, off the River Trail to the east of Town Park, the Idarado Legacy Trail provides interpretive plaques about mining in the area, including information on the massive tailings ponds cleanup project that took place along this portion of the San Miguel River in the 1990s.

The former Smuggler Union Mine Company hydropower plant, built in 1907, is perched high on the cliffs east of Telluride, atop the breathtaking 365-foot drop of Bridal Veil Falls. Water from Blue Lake is piped to Bridal Veil Creek, which powers the plant. The plant was restored in the early 1990s and run by a private concessionaire until 2010, when operations were returned to the Idarado Mining Company. Visit the cradle of AC electrical power, the historic Ames Hydropower Plant, by driving six miles south of Telluride on State Highway 145 to the signed turnoff for Ames and following the gravel road. Xcel Energy operates this plant, which replaced the original structure in 1906. Read more before you go: www.ieeeghn.org/wiki/index.php/ Milestones:Ames_Hydroelectric_Generating_Plant,_1891.

Explore the mines above Telluride by following the old mule trails from town. Many of these routes are now popular, but rugged, four-wheel-drive roads or hiking paths to the high country. The Tomboy Mine road begins at Oak Street and leads to the fabled mine that contributed to the more than $16 million in gold and silver taken from the Telluride Mining District between 1905 and 1911. Details about the road, also known as Imogene Pass, are available at: www.fs.usda.gov/ recarea/gmug/recreation/ohv/recarea/?recid=32494&actid=94. Of course, the area also boasts a plethora of hiking and mountain biking trails, including runs at the Telluride Ski Resort. Hiking out of Telluride is mostly in the Grand Mesa, Uncompahgre and Gunnison national forests: www.fs.usda.gov/activity/gmug/recreation/hiking.

A number of local groups and federal agencies have formed partnerships to address regional water issues. Contact the San Miguel Watershed Coalition at www.sanmiguelwatershed.org to learn more about the numerous programs underway to restore and preserve water quality in the San Miguel drainage.