Where does your snow come from?

This winter the Arizona Snowbowl resort just north of Flagstaff became the first in the world to make snow entirely from reclaimed, treated wastewater effluent.

The plan has been a long time coming. In February 2012, a federal appeals court put an end to a 10-year legal battle brought by a coalition of environmental groups and 13 American Indian tribes by ruling in favor of Arizona Snowbowl. The decision will allow the use of treated wastewater effluent from the nearby city of Flagstaff to powder the resort’s slopes. Opponents cite the desecration of sacred land, health concerns and ecological impacts of chemicals that may remain in the effluent-based snow.

According to the U.S. Environmental Protection Agency, reclaimed water is already being used for snowmaking in Maine, Pennsylvania and California, as well as in Canada and Australia—but none of these resorts use effluent alone. Although the use of reclaimed wastewater effluent to make snow hasn’t yet been tried in Colorado, it is used for other purposes, such as watering city parks. 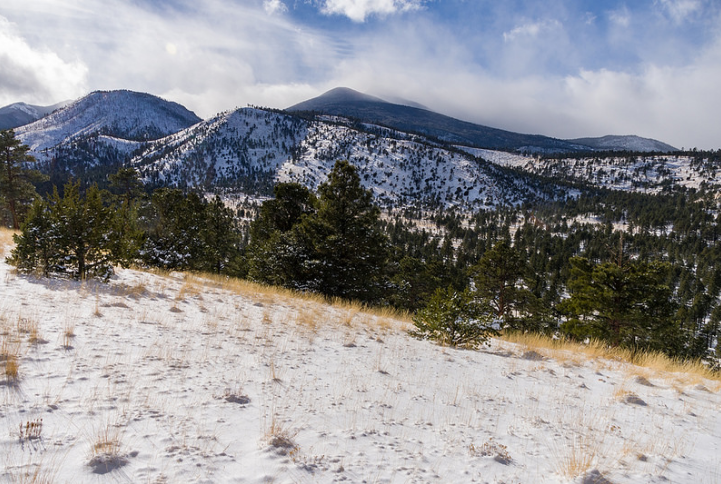 Until the recent decision, Arizona Snowbowl was short a water supply to use for snowmaking. Now, after spending approximately $12 million on legal fees and infrastructure to move the reclaimed wastewater uphill from Flagstaff, its snow machines are running.

Many Colorado ski areas also face challenges in securing sufficient water supplies for snowmaking, and a few reclaim water in their own way to compensate for slim streamflows in winter months. Loveland Ski Area recaptures up to 70 percent of its manufactured snowmelt, storing it in an off-site reservoir and releasing it to make up for river diversions the following year. The practice, called a substitute water supply plan, doesn’t go so far as to cut river diversions for snowmaking at the point of diversion, but it does allow the ski area, with its relatively junior priority water rights, to keep making snow when it otherwise legally couldn’t take water from the stream.