EPA: Process to set limits on “forever chemicals” slated to begin by year-end 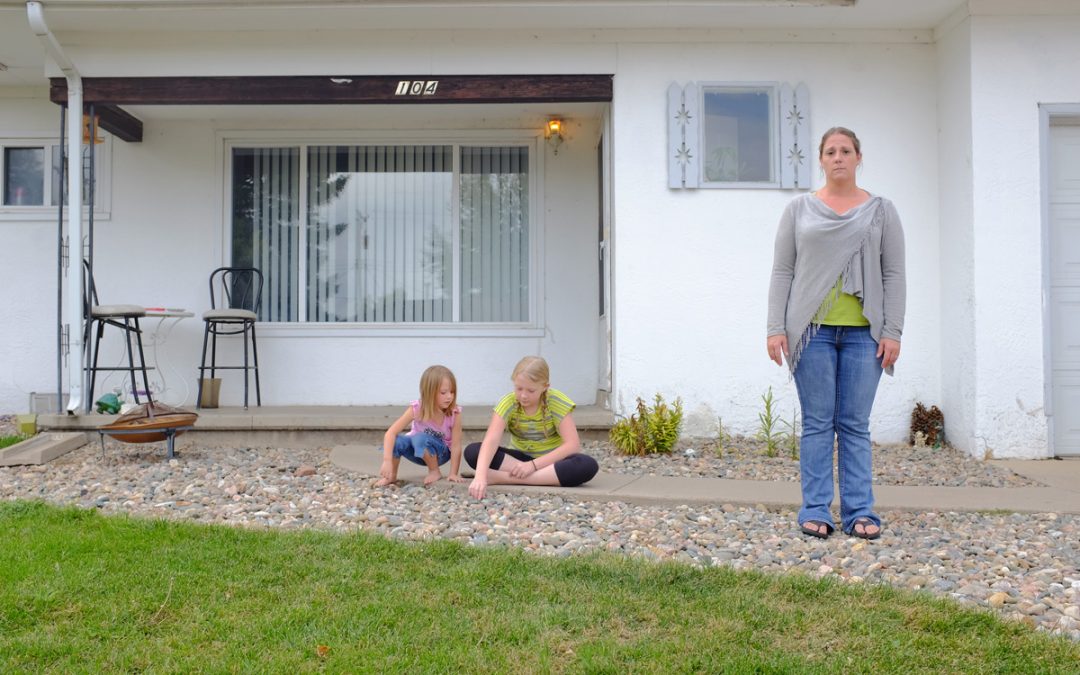 Amanda Massey-Holman worries about the health of her two daughters, Jaydyn (left) and Terry (right). The family drank unfiltered water in Security for five years before learning of PFAS contamination. Although the city has fixed the problem, Holman is still wary of consuming the tap water. Credit: Matthew Staver

The U.S. Environmental Protection Agency will begin working to set enforceable limits on certain perfluorinated chemicals, so-called “forever chemicals,” by the end of the year, but how long it will take to establish those limits and whether they will go far enough to protect people from the contaminants’ harmful effects isn’t clear yet, EPA officials said Monday in Denver.

The chemicals — commonly referred to as PFAS, short for per- and poly-fluoroalkyl substances — are present in dozens of everyday products, from stain-resistant carpets and clothing to food packaging and Teflon pans. Their function is to repel grease or water. They are also present in fire-fighting foam.

PFAS earned the nickname “forever chemicals” because of their tenacity. Fluoride-carbon bonds are among the strongest and most stable in chemistry. PFAs do not break down in nature or in the human body, accumulating over time. Since PFAS have been in use since the 1940s, exposure is widespread.

Until now the EPA has used advisory guidelines to describe the levels of the chemicals it considers safe in drinking water, setting a non-binding “health advisory” threshold of 70 parts per trillion (ppt) of PFOS, the perfluorooctanesulfonic acid used in Scotchguard, and PFOA, the perfluorooctanoic acid used in Teflon. About 1 percent of public water systems nationwide have PFAS levels over and above that amount, the EPA revealed in February.

Colorado communities such as Security and Fountain have been hard-hit with PFAS contamination and have been working since 2013 to eliminate the chemicals from the groundwater in the region. The U.S. Air Force has acknowledged responsibility for the contamination and has helped pay for some of the cleanup, though Security is suing the U.S.A.F. to recover more of its costs. In addition, South Adams County has also found small amounts of the chemicals in its water supply.

Jennifer McLain, acting director of the EPA’s Office of Ground Water and Drinking Water, gave an update on efforts to craft enforceable regulations at a Monday session of the American Water Works Association annual conference, held this year at the Colorado Convention Center.

The agency plans to begin a “regulatory determination” by the end of the year, the first step in the process of developing regulations laid out by the federal Safe Water Drinking Act, McLain said Monday.

“There are steps to guarantee that there’s the scientific foundation, stakeholder and public outreach, and input that we need to have to have a quality regulation,” she said.

Major efforts are focused on just two PFAS, those used in Scotchguard and Teflon, out of thousands in the environment, though the agency will look at other PFAS as part of the regulatory process, McLain said.

Even though the EPA knows how to remove PFAS from the environment, knowledge is still lacking on how to destroy them. According to McLain, the agency has an extensive research program dedicated to finding possible treatments, with a particular emphasis on incineration.

“[We’re trying] to understand the temperature and time [necessary] to destroy PFAS completely,” McLain said. “Obviously we don’t want them to be recycled into the environment so we have to deal with them again.”

The EPA’s lack of guidance and enforcement has rankled many, with critics saying the recommended 70 ppt limit is much too high and that no more than 10 ppt should be allowed. Critics have also complained that the EPA is moving much too slowly to establish enforceable limits, given how many people are being exposed to the cancer-linked chemicals on a regular basis.

Patrick Breysee, a director at the U.S. Centers for Disease Control and Prevention, was reported by the New York Times as saying that as many as 10 million people nationally could be ingesting water “with high levels” of PFAS. Long-term exposure to PFAS has been associated with a myriad of health problems, including weakened immunity, cholesterol challenges, infertility, thyroid imbalances and cancer.

High rates of kidney cancer have been found to occur in residents living near Colorado’s military bases, which regularly use PFAS-laden firefighting foam. Colorado Governor Jared Polis earlier this month signed legislation, HB19-1279, that bans foams with “intentionally added” PFAS, and military outposts elsewhere have voluntarily agreed to stop using some of the more chemical-heavy foams.

While the EPA process winds on, half a dozen states have passed regulations limiting the use of PFAS. Colorado is not among them.

Still other states are suing manufacturers to help finance cleanups. Minnesota sued 3M, a major manufacturer of the toxins, and settled for $850 million last year.

“There’s no real time frame” for how the regulatory process will advance, McLain said. “We’re going to be working on that as expeditiously as possible.”