Anti-speculation working group digs in, as concern over profiteering continues 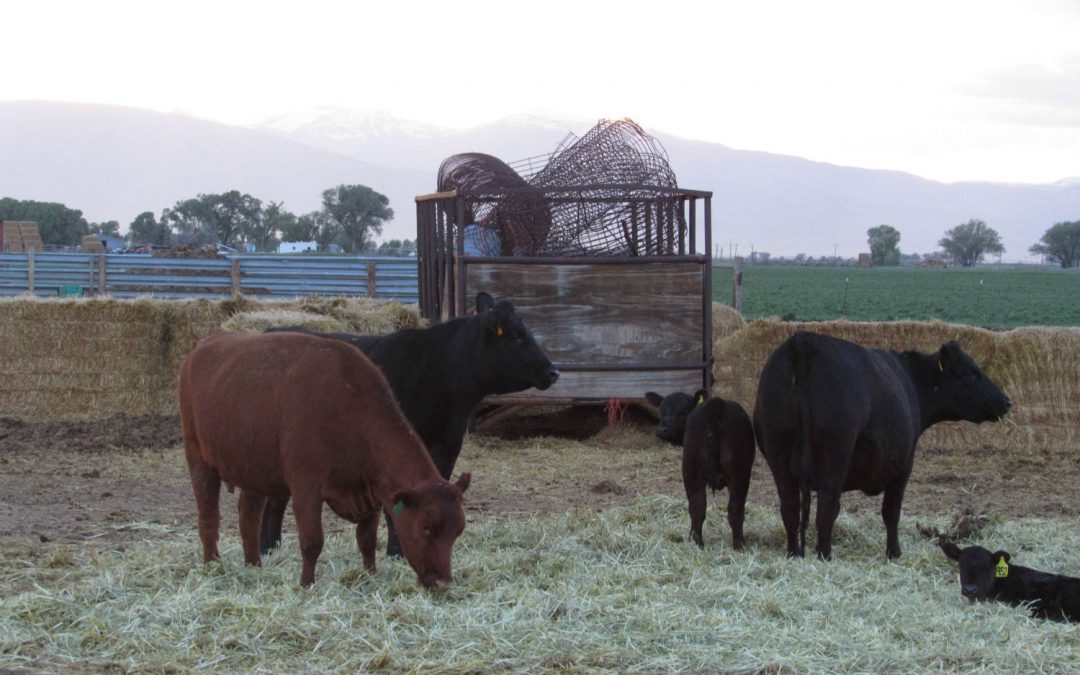 Cattle have their evening meal in the San Luis Valley. Investors here and elsewhere in Colorado have purchased farm land and water rights with the stated intent of exporting it to the Front Range, a plan that worries some lawmakers. June 6, 2019. Credit: Jerd Smith

Colorado’s anti-speculation water laws are considered some of the toughest in the West. Still, state lawmakers worry those laws may not go far enough to prevent water profiteering.

Now, an 18-member work group charged with exploring ways to strengthen the rules is getting down to business.

The work group stems from the passage of Senate Bill 20-048, a bi-partisan effort signed into law by Gov. Jared Polis in March that directed Colorado’s natural resources department to convene the group to study anti-speculation law. The group’s recommendations for any proposed changes are due in August 2021.

“In my mind, I think speculation is going on,” said Colorado State Sen. Don Coram, a Republican who represents several Western Colorado counties and co-sponsored the legislation to form the work group. “There are situations that are just not meeting the smell test for me. We need to look under the tent and see what’s going on.”

The group is led by Kevin Rein, state engineer, as well as Scott Steinbrecher, a Colorado assistant deputy attorney general. Other members include water engineers, members of the Colorado Water Conservation Board, a retired Colorado supreme court justice, farmers and ranchers, local and regional water managers, and several attorneys.

Water law has a long history here, with roots dating back to the 1860s, when Colorado was still a territory. Today, Colorado’s water law prohibits speculation and requires that all water be put to beneficial use, an umbrella that encompasses uses like irrigation, commercial, domestic, industrial, municipal, environmental, recreation, fire protection, snowmaking and power generation, among others.

The water laws are built on a legal framework known as prior appropriation, which means that those with the earliest court-decreed water rights — known as senior rights — get first dibs on Colorado water, a concept that’s often referred to as “first in time, first in right.”

Water rights can be leased, sold, transferred and changed; new water rights can even be decreed, so long as there’s water available. All water rights cases must go through a complex water court process that includes demonstrating how the water will be put to beneficial use.

These requirements are intended to safeguard against speculation. But with water demand and prices soaring, lawmakers worry about loopholes in the process, pointing to recent investment group purchases of farm land and their senior water rights on the West Slope and in the San Luis Valley. So far, the investors are continuing to use the water for irrigation, a beneficial use, but lawmakers worry they will turn around and sell the rights for a profit in the future. Irrigation may just be an interim placeholder that’s part of a larger investment strategy.

So, how will the work group’s members untangle 160 years of complex water rules and make recommendations for ways they could be improved? They’ll likely start with a thorough history lesson and a deep dive into existing anti-speculation law, said Rein, the group’s co-chair, adding that he believes the group is well-poised to tackle the challenge at hand.

Joe Bernal, a fourth-generation farmer in the Grand Valley and a member of the new work group, said he’s glad to be part of a conversation that impacts his family’s livelihood.

“I’m minding my own business, so to speak, so that things won’t be decided for us by outside groups who don’t have a vested interest in what we’re doing,” he said. “You have to have skin in the game and a good understanding of issues if you’re going to try to influence decision-making.”

Another group member is Joe Frank, general manager of the Lower South Platte Water Conservancy District in northeastern Colorado. He plans to participate with an open-mind, but already he’s contemplating how proposed changes to Colorado water law could hurt landowners: How will the changes impact an irrigator’s ability to sell their water and land? Will the value of their land or water suffer because of these changes?

“There’s this tension here, especially in our basin, but also statewide, of a high demand for water, which inflates the value of it — it’s hard to blame farmers for wanting to sell their water because of all different kinds of circumstances,” he said. “We would prefer them to keep their water and stay in agriculture because that’s the economic base for our area. But you can’t just go say, ‘We’re going to put a stop to it.’ Now you’re impacting somebody’s property rights.”

Frank said he also has some questions about the constitutionality of any changes the group may propose.

“I do have some reservations about whether this will actually solve a problem without causing another one,” he said. “You don’t want to cause unintended consequences here.”

This article first appeared in the Fall 2020 issue of Headwaters magazine.