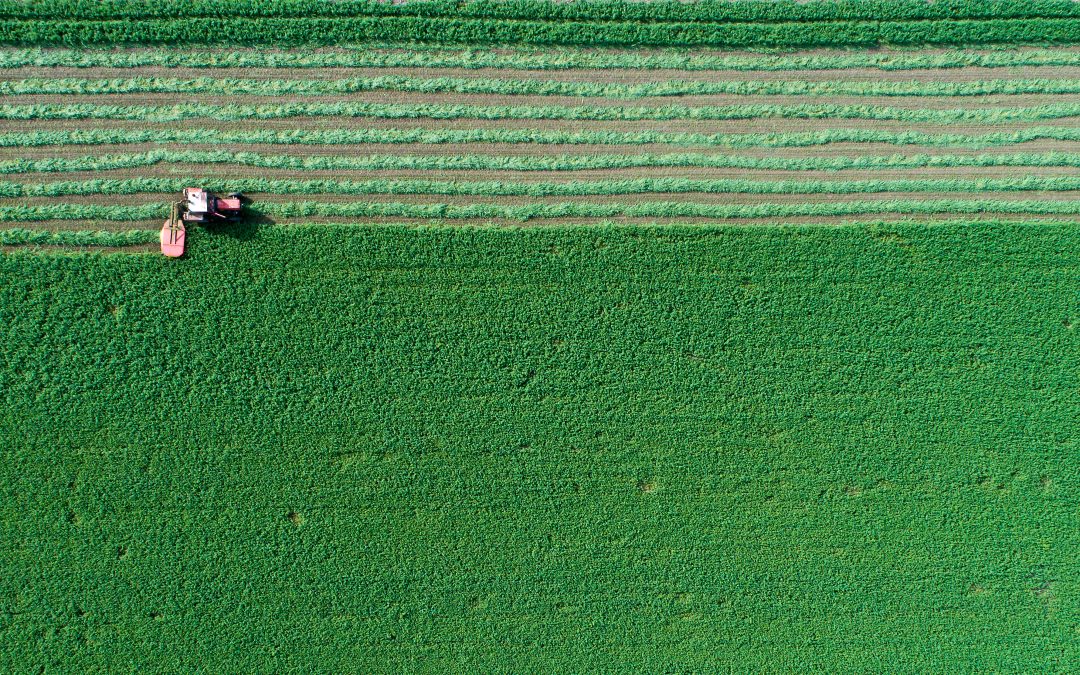 When he first started farming in 1987, Curtis Sayles went through a new pair of cowboy work boots every year.

These days, he’s still wearing a pair he bought three years ago.

The difference? Sayles stopped using harsh fertilizers on his fields that ate through the leather of his boots. Sayles, a fourth-generation farmer with 6,000 acres near Seibert in eastern Colorado, now practices regenerative agriculture, a multi-faceted style of farming that advocates say has a host of benefits, including improved water efficiency, water quality and profitability.

Above all else, regenerative agriculture can help restore healthy, fertile soils — working with nature, instead of against it.

“I’m really tired of fighting nature — because she always wins. That’s her ace in the hole,” said Sayles, 64.

Farmers like Sayles — and those who want to get started with regenerative agricultural practices but could use some support — are getting a boost thanks to a renewed partnership between federal and state agencies.

The agreement itself is new, but is the result of a long-standing partnership between the two agencies, which have entered into similar agreements every five years for the last 15 or so years, according to Clint Evans, Colorado state conservationist for the Natural Resources Conservation Service.

The most recent agreement provides funding for 25 existing conservation positions across Colorado. More specifically, the agreement funds district conservation technicians in some of Colorado’s 76 conservation districts, which date back to 1937 and represent private landowners’ interests in conservation-related work such as water quality, energy efficiency and habitat improvement.

District conservation technicians, which often work out of the USDA’s local service centers and collaborate with federal staffers, provide expertise to help farmers and ranchers address an array of questions or concerns ranging from water and wind erosion to irrigation distribution.

Under the agreement, federal dollars provide 75 percent of funding for those positions, while the remaining 25 percent is split between the state and local conservation districts, Evans said.

The agreement also provides funding for up to six new positions: five positions to support the state’s new effort to focus on soil health and one to support urban farmers with conservation practices.

The Colorado Department of Agriculture launched its new Soil Health Initiative in 2020, with an overarching goal of helping farmers and ranchers boost their land’s productivity and drought resiliency by improving soil health. Other soil health initiatives are also underway in Colorado, led by groups like the Colorado Collaborative for Healthy Soils and Farmers Advancing Regenerative Management Systems (FARMS).

Regenerative agriculture, which prioritizes soil health, has garnered renewed interest over the last 10 or so years as farmers and ranchers grapple with challenges like variable crop prices, climate change and increasing expenses, Evans said. Soil health also appeared throughout the 2018 farm bill, the federal legislation that encompasses a wide swath of agriculture-related issues and programs.

“A lot of producers have started looking at soil health as a way that, over the long term, can help improve their overall sustainability and resources on their farm or ranch and help them become more profitable,” Evans said.

Some of the most common tenets of improving soil health are minimizing soil disturbance while maximizing soil cover, biodiversity, and the presence of living roots. In practice, this means farmers stop tilling the land, or greatly reduce tilling, plant cover crops, grow a strategic rotation of diverse crops, add mulch, and introduce grazing livestock.

Performed together over several years, these practices can lead to rich, productive soil that naturally retains moisture, produces nutrient-rich crops, and staves off weeds and pests without the need for as many added chemicals. By reducing the use of energy, resources and chemicals, these practices also save farmers and ranchers time and money in the long run, Evans said.

According to the USDA, healthy soil practices can help reduce evaporation rates, while healthy soil itself can hold more available water, two outcomes that are especially helpful during drought. What’s more, reducing the use of fertilizers, pesticides and herbicides helps protect groundwater from chemical leaching. Healthy soil practices also reduce runoff and erosion, which keeps sediment out of lakes, rivers and streams.

“Soil health could be the baseline to healthy forests, healthy rangelands, healthy croplands,” Evans said. “All across agricultural lands, it could really be the foundation for drought resiliency and higher productivity even as climate and rainfall cycles change.”

Many of these soil health benefits also help support the goals outlined in the Colorado Water Plan, a comprehensive vision for the state’s water future created in 2015, and the Greenhouse Gas Pollution Reduction Roadmap, the state’s plan for reducing pollution and transitioning to clean energy.

The Colorado Water Conservation Board, which administers the water plan, worked with the Colorado Department of Agriculture to help develop the new soil health initiative to address water management issues across the state and help make progress on the water plan’s objectives, according to Sara Leonard, a spokesperson for the CWCB.

Now, the CWCB is actively promoting soil health as a water conservation tool. For example, the board recently awarded a Colorado Water Plan grant to San Miguel County to study expanding its Payment for Ecosystem Services program, which gives landowners incentives for adopting practices that improve soil health, water conservation, and other ecological goals.