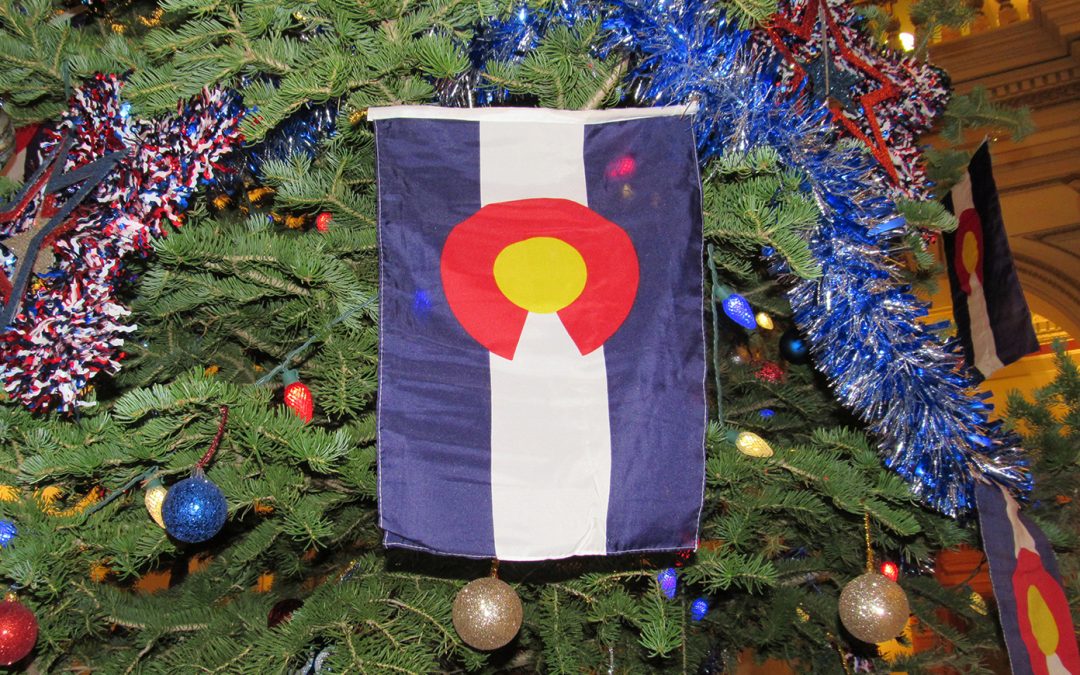 A holiday tree is adorned with the Colorado State flag at the State Capitol. Dec. 10, 2019. Credit: Jerd Smith

Proposition DD, the law voters approved last month to legalize sports betting, is expected to generate more than $7 million in new tax revenue for the Colorado Water Plan next year, a 40 percent bump to what the state expects to receive from other sources.

The water plan is meant to guide how the state prepares to meet looming water shortages, protects its rivers, and preserves water for millions of acres of farmland.

The new funding is in addition to the $17.5 million the Colorado Water Conservation Board (CWCB) had planned for next year. The CWCB is the state’s lead water agency and has traditionally been the primary overseer of funds for the water plan. [Editor’s note: The CWCB is a funder of Water Education Colorado, which houses Fresh Water News.]

Most of the new tax revenues generated are to be housed in a special cash fund for the water plan, which will be overseen by the CWCB with guidance from lawmakers. Exactly how the new funds will be distributed hasn’t been determined yet, according to Lauren Ris, deputy director of the CWCB.

Lawmakers are expected to closely scrutinize how the new money is to be managed when they convene for the 2020 session on Jan. 8.

“It’s the right time for the legislature to have a discussion about how those dollars are prioritized and spent,” said Alec Garnett, D-Denver, who was the lead sponsor of the bill that sent Prop DD to the voters.

When the Colorado Water Plan was first approved in 2015, officials estimated that it would take roughly $100 million a year in new state funding to implement through 2050. By then Colorado’s population is expected to reach as high as 8.1 million, up from 5.76 million in 2019, according to the Colorado State Demographer’s office. That growth, along with drought and climate change, is expected to create major pressure on other existing water uses, including irrigated agriculture and stream health.

Since 2016, the first year money was set aside for the water plan, funding has been uneven. At that time, the legislature allocated $5 million. In 2017, that figure rose to $25 million, only to plummet to $11 million in 2018 when the state’s key source of funding for water at the time, severance tax revenue from oil and gas, dropped due to a slow-down in that industry, among other factors. In 2019, $15.3 million was set aside, including the first-ever funding from the state’s general fund.

Now the push is on to stabilize and increase funding.

And it’s a sensitive issue. Prop DD passed by a narrow margin, with rural communities on the West Slope and the Eastern Plains rejecting the measure, while voters in ski counties and along the Front Range said yes. 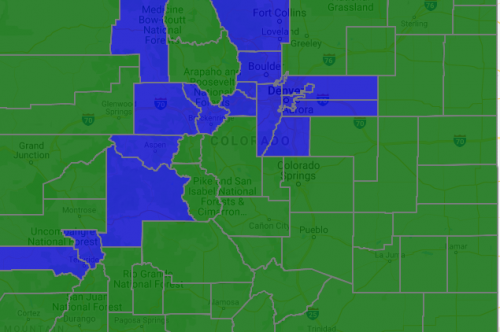 The close vote symbolizes the skepticism that rural communities feel about the water plan itself and how the state has funded the plan to date, said Don Schwindt, a West Slope rancher, member of the Southwestern Water Conservation District, and former board member of the CWCB.

“I’m glad DD passed,” Schwindt said. “I think we could use tons more money in water than we have, whether it’s from the local, state or federal level. Infrastructure needs are way beyond anyone’s grasp today, but having said that I don’t think we prioritize it in the way I wish we would. Until we do, I’m skeptical.”

As DD was headed for the ballot, another group was separately looking at ways to educate Coloradans about looming water shortages and to advocate for a permanent, stable source of funding that will be large enough to cover the estimated $100 million in annual costs.

Tim Wohlgenant, executive director of For the Love of Colorado, as the campaign is known, said the super-close vote is a strong signal to proceed with caution on water funding and to go full-speed ahead on educating Coloradan’s about the critical water issues that need to be addressed.

“We are so grateful to the voters for passing DD,” Wohlgenant said. “But what we learned from the vote, in part, is that they want to see a track record of successful project funding.”

In coming weeks, lawmakers will have to assess how far the DD money will take the water plan and how to continue building financial support.

“We have to be more creative and thoughtful about how to get to [full funding] in the shortest time frame,” Garnett said.

“Funding is going to vary from year to year,” he added. “But every year I’d like to be able to say we have more money than we did last year.”