Sports betting ballot question off to a slow start in early polling; backers raise $430,000+ for ads 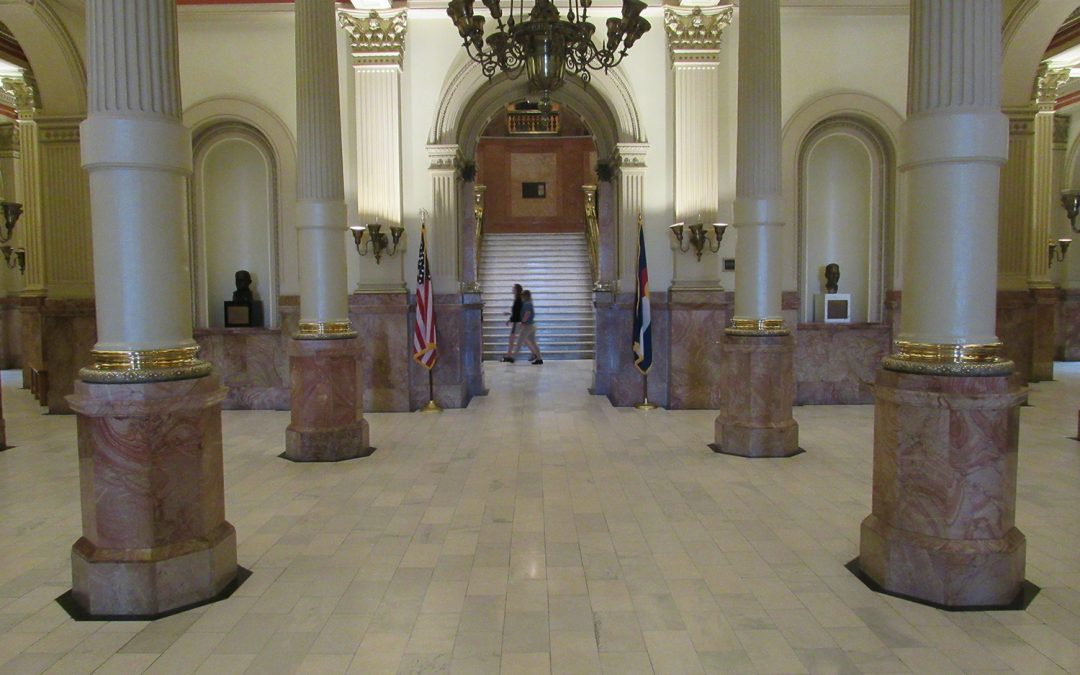 With just weeks left before the Nov. 5 election, a proposal that would legalize sports betting in casinos, then use the proceeds to help pay for water infrastructure and environmental programs, has yet to win widespread recognition from the public.

Backers say that could change this week with the launch of a wave of television ads touting Proposition DD, as the sports betting proposal is known.

As of Sept. 17, Yes on Proposition DD had raised more than $433,000, according to filings at the Colorado Secretary of State’s office. It is money that analysts said could be enough to push it to a successful vote in November. The funds came from some Central City casinos, a New York-based gaming company, FanDuel, and the Environmental Defense Fund, among others.

But much work remains to be done to educate voters on what the measure would accomplish, backers said.

“It’s not a slam dunk,” said Colorado House Majority Leader Alec Garnett, D-Denver, who was a sponsor of the bill that referred the measure to the ballot so that voters could weigh in. “There’s a lot on the line here.”

As written, DD would impose a 10 percent tax on sports betting in casinos and dedicate the tax revenue to helping fund the Colorado Water Plan, launched at the end of 2015. Initial estimates by the legislature indicate DD could raise $10 million to $20 million a year to go toward implementing the water plan. The money would flow into a new fund overseen by the Colorado Water Conservation Board (CWCB). It could be used for a variety of purposes, including water-saving programs for cities and farms, habitat restoration programs, storage projects, and legal and planning work.

Since 2015, the CWCB has financed the water plan using income derived from severance taxes, the state’s general fund and other sources. Those amounts have varied widely, with the state setting aside $30 million this year, up from $5 million in 2015, according to the CWCB.

Even as lawmakers were sending Proposition DD to the ballot, another group, For the Love of Colorado, was examining ways to secure even more funding for water projects. It hopes to sponsor a second statewide ballot initiative in future years, say in 2020 or 2021, that would raise far more than DD will generate.

They look at DD as a sort of down payment on the $3 billion in additional funding the state has previously estimated it needs to fully implement the water plan between now and 2050, including projects to protect streams and rivers even as new water supply projects are developed to meet looming shortages.

“Tax measures are really hard in Colorado,” said Brian Jackson, a western water specialist with the Environmental Defense Fund and a key architect of DD. “They all die, even for things people care deeply about — roads, children, education. But DD is an opportunity that couldn’t be missed, so we’re not missing it. It’s a good down payment. But we have a lot of hard work to do.”

Key among the tasks backers must accomplish is to clarify, despite ballot language that describes a statewide increase in taxes, that the measure would actually raise taxes only on casinos who implement sports betting programs, Garnett said.

Gary Wockner, founder of Save the Colorado, is chair of the issue committee opposing DD. In an email, Wockner said his group would battle any effort that raises money for environmentally damaging water projects.

“We oppose DD because it would pay for new river-destroying dams and diversions,” Wockner said in an email. Coloradans for Climate Justice, as the anti-DD campaign is known, also states on its Facebook page that it sees DD as a tax on Coloradans to pay for damage caused by climate change on the state’s river systems, and that “if taxes are to be raised, they should be raised on entities which caused climate change, principally the fossil fuel corporations.”

Ciruli and others said that Coloradans for Climate Justice will have difficulty defeating DD without cash to launch a statewide opposition movement. The committee had not raised any money according to its last finance filing. Wockner did not respond to a question regarding his committee’s fundraising to date.

With campaign coffers full, DD could get a yes from Coloradans, Ciruli said.

“The public, over the years, has demonstrated that water is very valued and the water plan itself was popular,” Ciruli said. “Right now, beyond extreme environmental interests, [DD] isn’t generating much opposition. It could be a good sell.”