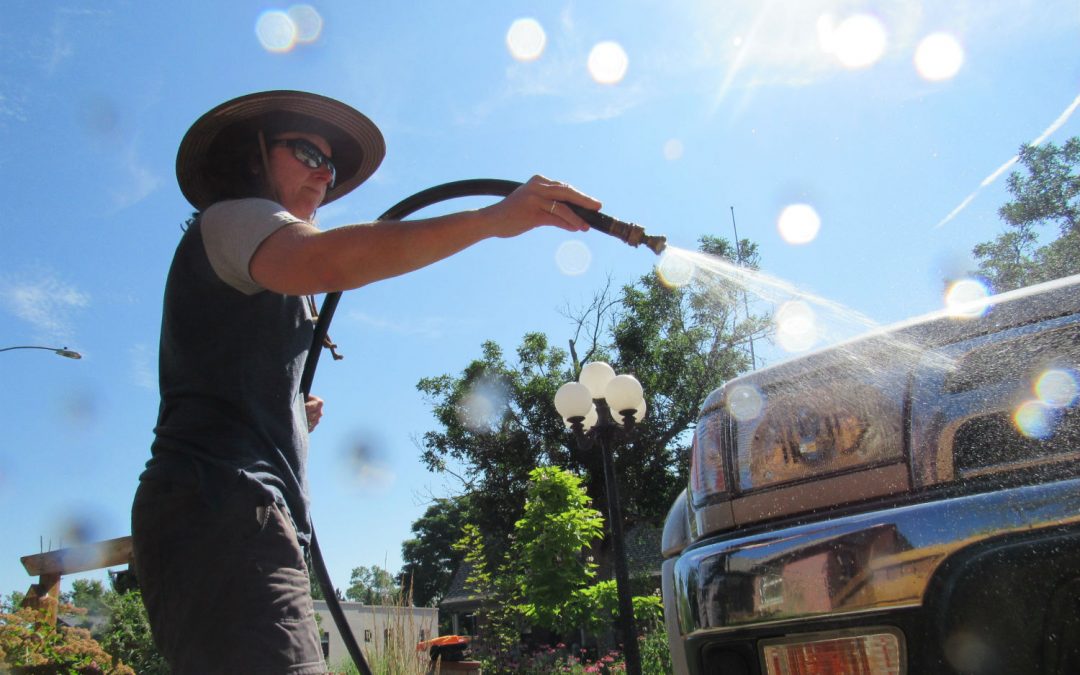 A Denver resident who asked that her name not be used washes her car in the Berkeley neighborhood July 12, 2019. It is one of dozens of neighborhoods in Denver whose water is delivered via lead service lines.

Denver Water is asking the U.S. Environmental Protection Agency for a rare exemption to the Safe Drinking Water Act, the latest move in the utility’s long-running legal dispute with state health officials over how best to keep lead out of its customers’ tap water.

In exchange for the exemption, the water utility, which serves 1.4 million people in metro Denver, is offering to spend more than $300 million replacing up to 90,000 lead service lines.

Though lead isn’t present in Denver’s treated water, it can leach into water as it is delivered to homes via these older, customer-owned water pipes. The contaminant, even in small amounts, is considered unsafe, especially for children.

In addition to replacing the lines, Denver Water has also offered to alter its water treatment protocols, conduct an extensive public education campaign, and provide free lead filters to customers whose water supplies are at risk of contamination.

The EPA will begin public hearings next month to consider the utility’s request and determine whether its proposed approach is as good or better than using an additive called orthophosphate to control corrosion from lead pipes. The state health department, backed by the EPA, ordered the utility to use orthophosphate as a corrosion-control measure last year and gave the utility until March of 2020 to implement the new treatment process.

Within weeks of the state’s order, which came in March of 2018, the City of Aurora, the Metropolitan Wastewater Reclamation District, and the Denver Greenway Foundation sued to stop the order, saying that the addition of orthophosphate to drinking water could cause millions of dollars in damage to the South Platte River watershed and would cause wastewater treatment costs to rise. Denver Water eventually joined the suit. Settlement talks since then have failed to yield an agreement.

Denver Water said it believes the alternate approach it is proposing has merit.

“We would attack the source of the problem and ultimately, at the end of the day, we believe that this could be a more effective approach than adding orthophosphate,” said Denver Water CEO Jim Lochhead.

Thousands of Denver-area homes built prior to 1951 are at risk of having lead-contaminated water due to aging service lines. A map compiled by Denver Water shows more than a dozen neighborhoods, including parts of Berkeley, Washington Park and Montclair, as being most at risk. Dozens of other neighborhoods on the map are less likely to face contamination, based on an analysis Denver Water has done which looks at such variables as the years in which neighborhoods were constructed and results of past water sampling. 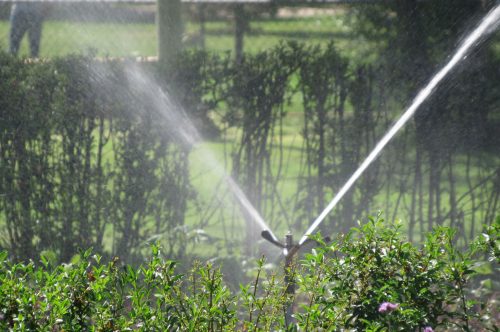 A sprinkler waters the gardens at Washington Park, one of the neighborhoods whose lead service lines pose a risk to residents. July 12, 2019. Credit: Jerd Smith

Denver Water has been monitoring and testing customers’ tap water since 2012, when a routine sampling project showed lead in some taps that exceeded allowable levels.

Since then, the utility has conducted a series of studies to determine the best method for ensuring its water is not corrosive, and had previously offered to adjust the PH balance of its water to mitigate the problem. Up until now, it had also offered to replace a few hundred lead lines a year as maintenance on its system required, leaving any other replacement activity to homeowners and developers.

At that rate, it would have taken up to 50 years before all of Denver’s lead service lines were replaced.

The issue is complex for water providers. Adding orthophosphate is a highly effective way to eliminate lead because it dramatically reduces the corrosion in pipes, making it more difficult for lead to leach into drinking water. But as drinking water is used and then flushed into the wastewater treatment system, the phosphorous must be removed because it causes algal blooms and other environmental issues in waterways. Wastewater treatment operators are required to remove it before they return treated wastewater to streams.

In the seven years since Denver Water became aware of the problem, thousands of Denver residents have continued to be exposed to lead, but the extent of the problem isn’t clear. As part of its monitoring program, the utility has processed 5,600 customer requests for lead testing, with 2,000 of these showing lead levels of at least 1 part per billion, indicating the likely presence of lead service lines, according to Denver Water spokesman Travis Thompson. The Safe Drinking Water Act requires education and treatment when levels exceed 15 parts per billion.

What Denver is experiencing is much less severe than in some cities, such as Flint, Mich., where lead levels in tap water were hundreds of times higher before being discovered in 2015. Still, like other older urban areas, such as New York City and Washington, D.C., Denver must find a way to eliminate the lead or face legal action from the state and federal government.

Tyson Ingels, lead drinking water engineer for the Colorado Department of Public Health and Environment, said his agency would consider the evidence Denver Water presents to the EPA in August before it makes a decision about whether to support Denver’s exemption request. The EPA has so far supported the state’s orthophosphate order.

“Denver is seeking to demonstrate that this alternative is as good or maybe better at reducing lead at customers’ taps. The CDPHE is going to evaluate the evidence when it is submitted,” Ingels said.

Whether the utility will win the exemption isn’t clear. According to the CDPHE, just two exemptions in this area have been granted by the EPA.

“It’s going to be difficult,” said Alan Roberson, executive director of the Washington, D.C.-based Association of State Drinking Water Administrators. “It would have been tough before Flint, and it’s tougher now.”

Denver public health officials said they are supportive of the utility’s exemption request because it offers a more holistic solution to the problem, one that encompasses public health and the environment.

Elizabeth Scherer, air and water manager at the Denver Department of Public Health, said education and follow-up on the problem are a critical part of what Denver Water is proposing. “Denver Water and the city understand that education is a big component of the process and that outreach to non-English speakers and low-income communities will need to occur to make sure folks are comfortable with this approach.”

The EPA will hold hearings next month to gather the public’s input on the issue and is slated to make a decision by October. If the EPA does not grant the variance, then Denver will proceed with adding orthophosphate to its drinking water.

Correction: An earlier version of this story misidentified the federal law under which the variance is being sought. It is the Safe Drinking Water Act.