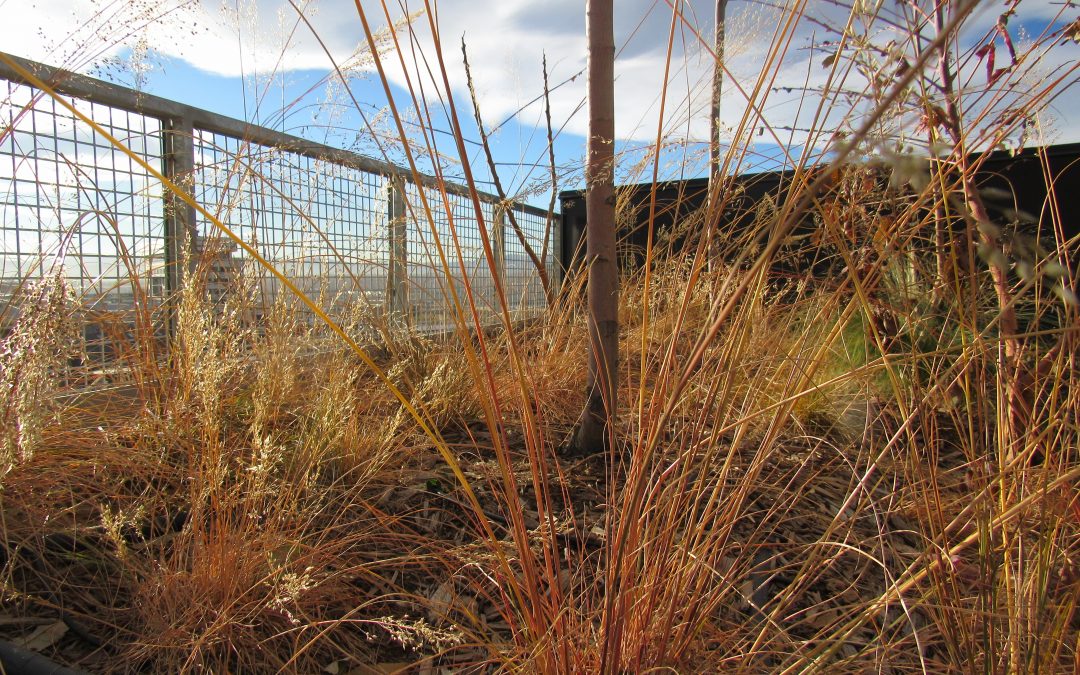 When Denver voters said yes to a green roof ordinance in 2017, one requiring commercial buildings to be capped with trees, native grasses and herbs, the emphasis was on cooling the city’s atmosphere and reducing the amount of energy needed to heat and cool buildings in its rapidly growing urban core.

But water conservationists were worried the ordinance would require vast amounts of water to irrigate the new green space. That fear, however, proved to be unfounded, according to Denver Water planner Austin Krcmarik.

“We were nervous,” he said. “But after our review, we’re pretty comfortable with it. Now we see it as a benefit.”

The ordinance, formally adopted by Denver City Council Oct. 29 after it was extensively reworked, requires most new, large commercial buildings to incorporate green roofs, as it did originally. But the new version also allows building owners to use white membrane roofs instead, when they also add offsite solar and green spaces to achieve the same climate goals. Draft rules dictating how the ordinance will be implemented are up for public review and comment until Nov. 30, with final adoption slated to occur in February.

With the addition of non-plant-based alternatives to the new ordinance, Denver Water estimates that water needed to implement the law each year will drop nearly in half, from 577 acre-feet to 310 a.f.. An acre-foot equals roughly 326,000 gallons.

The idea behind the use of green roofs is that the installed plants cool surrounding air temperatures through evapotranspiration, the process by which plants give off some of their moisture as they grow. A 2017 study by researchers at Colorado State University on a commercial green roof in Denver showed that it reduced summertime heat flux, a measure of temperature over time, by as much as 50 percent over a traditional black roof.

But conservationists still worried that any substantial rise in water used for the plants might negate some of those benefits.

Laura Belanger is a water resources engineer for Western Resource Advocates and an expert on recycled water and conservation. She too was concerned that the ordinance would cause water use to rise.

“It will be great to cool things down,” she said, “but we were worried that it would require a lot more outdoor irrigation. I was happy when they provided other cool roof options because we are trying to decrease water use.”

Denver is currently home to roughly 50 green-topped commercial buildings, according to the city.  Many of those buildings were built to much more stringent environmental codes and use water-saving fixtures and drip irrigation systems, making their total water use less than older, more traditional buildings. They also include plantings and landscapes that filter and clean stormwater, reducing pollutants as the water migrates to the South Platte River.

These new-age buildings also make managing stormwater much easier, with carefully landscaped retention ponds that allow the water to be absorbed gradually, reducing the need to manually control it through expensive pipe and drainage systems.

Denver is still a small player in the world of commercial green roofs, according to Stephen Peck, executive director of the Toronto-based trade group Green Roofs for Healthy Cities. While that is likely to change with the new ordinance, the law’s rewrite likely means Denver won’t claim a spot on the group’s list of cities with the most green roofs any time soon. 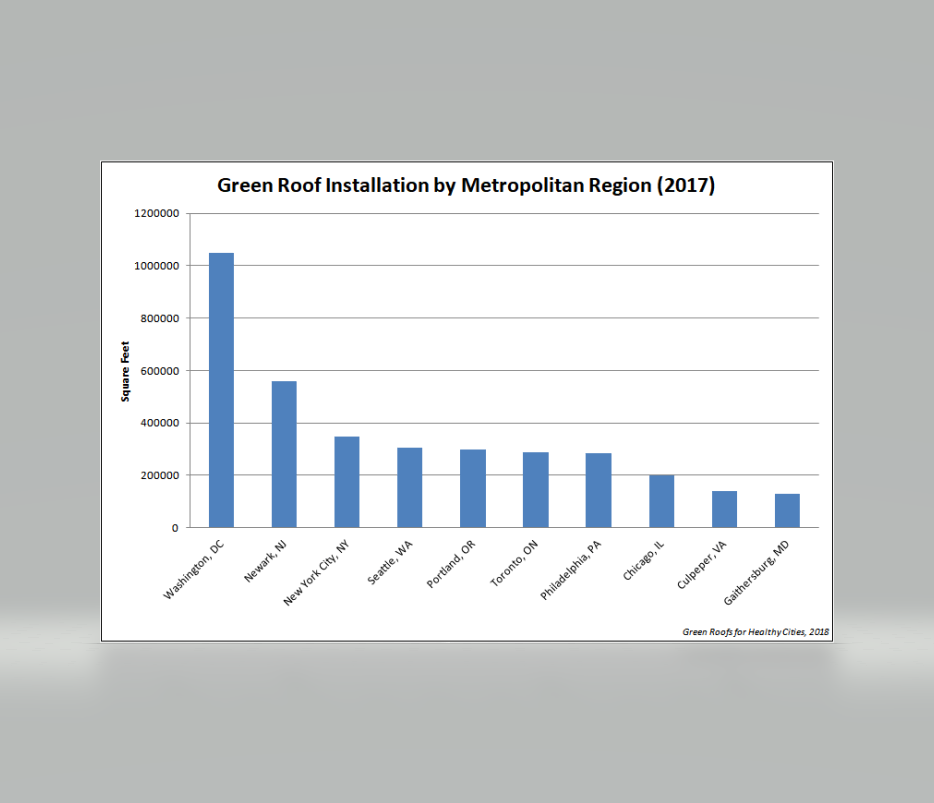 “It’s a step forward, but it’s not leading edge in terms of living building architecture,” Peck said. “Since the compromises have been made to make it easier for existing buildings to contribute to the policy goals — reducing the heat island, making green space more available — I would say it no longer falls in that category. I’m not saying they are wrong, it’s just not leading edge.”

Denver Developer Kyle Zeppelin began developing green-roofed buildings long before Denver voters moved to require them. Zeppelin’s Flight Building, at 3575 Ringsby Court in the River North neighborhood, is the second-largest green-roofed building in Denver, behind the U.S. Environmental Protection Agency building at 1595 Wynkoop Street in LoDo, according to Zeppelin.

Like Peck, Zeppelin is disappointed that the adopted ordinance de-emphasized actual green roofs, but that won’t deter him from continuing to use green roof systems.

His mission is to create a host of ultra-sustainable buildings in Denver, something he believes is critical to reining in climate change and creating built environments that are good for the people who inhabit them.

“These buildings are not just about performance,” he said.