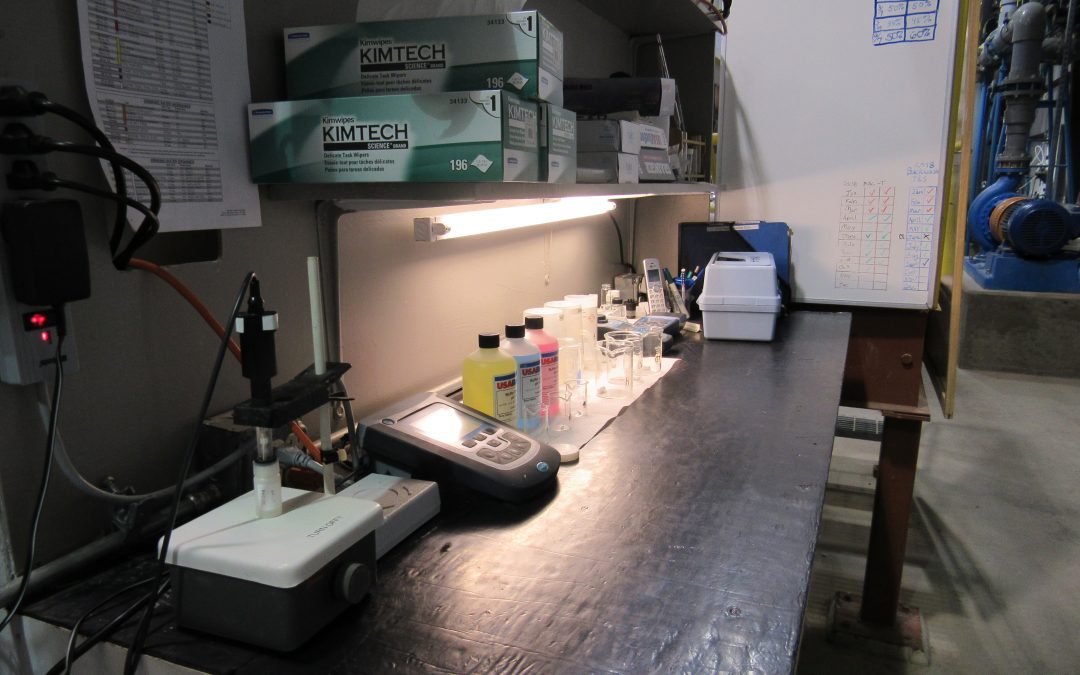 A work station at the Idaho Springs Water Treatment Plant.

It does not mean that these entities are violating rules governing lead contamination, only that small amounts of lead have been detected in their water samples at some point, according to Nicole Graziano, a water quality specialist at the Colorado Department of Public Health and Environment.

Once that occurs, under state and federal guidelines, water suppliers must embark on a rigorous sampling program that sometimes requires new water treatment and replacement of lead service lines.

“If they’re on our list, it means they are active in our process, “ Graziano said. The rule has a long timeline, meaning that water providers can remain on the list for years as the problem is monitored, treated, and then monitored again to ensure treatment is working.

The CDPHE regulates some 2,000 public water systems statewide. Roughly 1,000 of these are subject to the federal Lead and Copper Rule (LCR), Graziano said.

Concern over the issue has risen dramatically since 2015, when Flint, Michigan, switched water sources, pushing millions of gallons of highly corrosive water through aging lead pipes, leading to a wave of contamination and a public health crisis.

Under the LCR, more than 10 percent of samples must show lead levels of 15 parts per billion (ppb) or higher in order to trigger an action order. During the Flint crisis, lead levels of 27 ppb were found, with one sample registering 158 ppb, according to published reports.

These numbers are concerning, according to public health officials, because lead isn’t considered safe at any level, particularly for children, and levels as low as 5 ppb can be dangerous. Treating lead and copper in water systems is a complex undertaking governed by the federal Lead and Copper Rule. Often these metals aren’t found in water once it leaves a treatment plant. But they can leach into the supply via corrosion as water passes through copper pipes as well as lead service lines in older homes and schools. (To learn more about protecting your home or office from lead contamination, see these guidelines.

By far the largest entity on Colorado’s watch list is Denver Water. The utility serves some 1.4 million customers in metro Denver and has been required to sample water from its customers’ taps, conduct extensive public education efforts on protecting against lead contamination, and change out thousands of lead service lines, which are major contributors to the problem.

Earlier this year Denver Water, along with Aurora Water, the Metropolitan Wastewater Reclamation District and the Denver Greenway Foundation, sued the state health department over a new requirement that it add phosphorous to its water treatment processes to reduce the potential for lead contamination. Denver Water has asked the state to use a PH-based protocol instead. Talks to settle the lawsuit are underway now.

Dozens of small communities are confronting the same problem, often with limited resources and big fears that a new, likely tougher, set of federal lead regulations is coming in response to the crisis in Flint.  A draft set of these new rules is set to come out early next year, according to the U.S. Environmental Protection Agency. 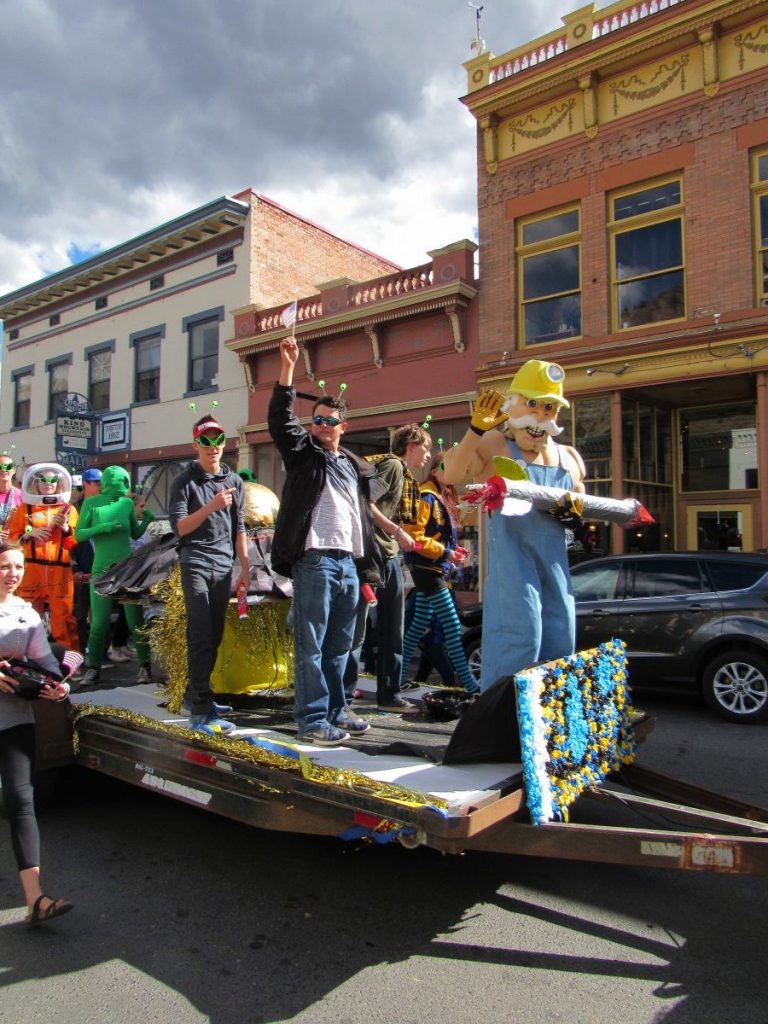 A homecoming parade underway in Idaho Springs on Oct. 5. The community is among 40 on a statewide monitoring list for possible lead contamination and other issues.

According to the CDPHE, the systems on its watch list serve more than 51,000 Coloradans.

Among them is the scenic Idaho Springs, population 1,746. Lead showed up in its tap water more than a decade ago, according to Dan Wolf, manager of the town’s water and wastewater system.

Since being directed by the state in 2008 to boost the PH levels in its water treatment system, lead and copper levels in routinely collected samples of its tap water have been negligible, according to state records.

But the higher PH levels are causing problems with other aspects of the system, Wolf said. Increasing the PH, for instance, has created an organic reaction with the chlorine used for disinfection, resulting in a set of carcinogenic byproducts known as haloacetic acids (HAAs).

“Lead is not a significant issue for us anymore,” Wolf said. “But treating for lead and copper is causing higher levels of disinfection byproducts.”

In response, Idaho Springs has asked the state to allow it to operate at a lower PH level, a request the state hasn’t ruled on yet, Wolf said

Two other entities on the list, Elk Creek Elementary School in Pine and Bearly Tawl Day Care Center in Evergreen, have shown elevated levels of lead at some locations in their buildings in 2016 and 2017 respectively, and both are being closely watched. Subsequent tests at both facilities have shown lead levels well below the action targets, according to state records.

Bearly Tawl did not return a call seeking comment. But Jefferson County Schools’ spokeswoman Diana Wilson said the school district has moved quickly to replace faucets and drinking fountains at Elk Creek and other schools to reduce lead levels and that all of its schools are now on a rotating sample schedule so that any elevated lead levels can be identified and addressed.

Like hundreds of other school districts across the state and the nation, Jefferson County opted to use state grant money to test for lead.

“We were concerned about the age of our buildings,” said Diana Wilson, executive director of communications at Jefferson County Public Schools. “Most of them are more than 50 years old.”

In general, 50 years ago is when lead piping was outlawed, due to health concerns. Buildings constructed since then aren’t likely to have lead pipes, although some may contain copper pipe fittings.

As drinking water concerns continue to echo across the state, some communities have opted to move forward and replace all lead service lines even though they are not on the watch list. Two years ago, the town of Paonia in Delta County, which relies on underground springs for its water, saw its water source reclassified under a new set of regulations designed to address concerns over groundwater contamination.

The new classification meant it had to redo a significant portion of its water system, using bonds and grants. As part of that $4 million redo, it opted to go ahead and replace all of its lead service lines, according to Paonia Town Administrator Ken Knight.

“In a lot of small communities, their infrastructure is at the end of its life expectancy. But the fact of the matter for us is that we are going to be in very good shape.”

Correction: An earlier version of this article misstated the percentage of samples that must exceed 15 ppb before an action order is triggered.