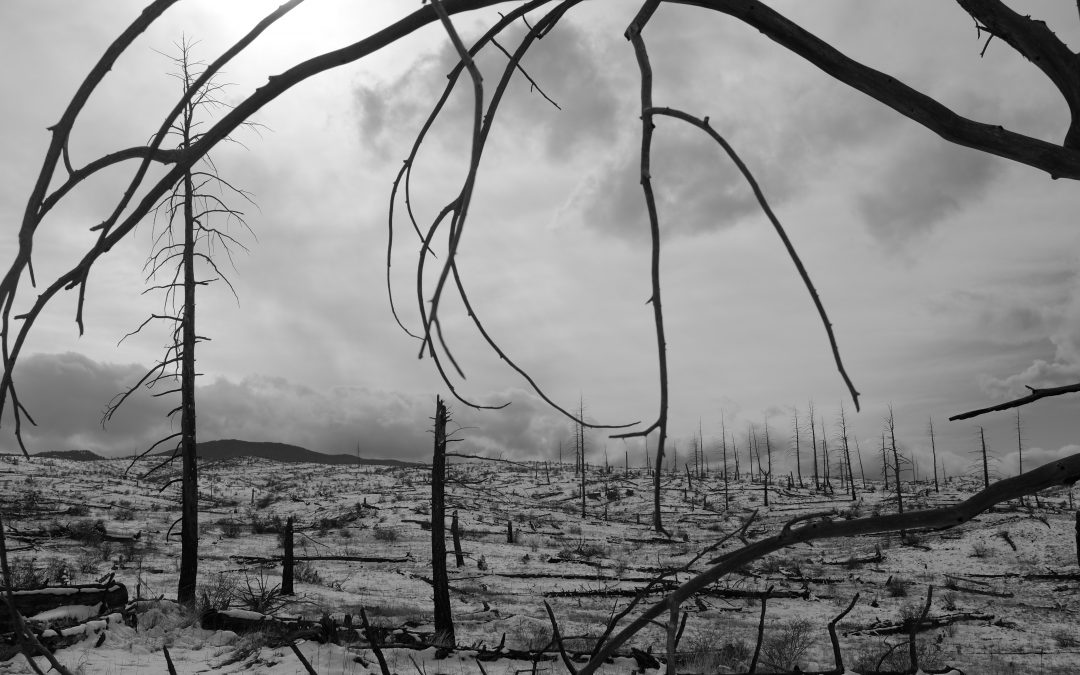 Western states, stunned by wildfires that are burning faster and hotter, and occurring more frequently, will have to form well-financed, standing networks to ensure communities are safe during active fires and have the resources to bounce back in the years and decades that follow.

“We’re in an era of consequences,” said Chantal Unfug, director of the Division of Local Government within the Colorado Department of Local Affairs. “The West was once a region of infinite water, land and skies that went on forever. But that’s no longer real,” she said.

Her comments came at the first annual “After The Flames” conference in Denver this week, where more than 160 fire, water and emergency response officials gathered from states across the West to discuss how to cope better with the aftermath of wildfires.

In an era of high population growth and sprawling urban and wildland development, fire and flood disaster officials have to plan in advance for post-fire problems, Unfug said.

“Fires can have broad-ranging, interconnected consequences, leading to years of mudslides, flash floods and erosion,” she said. “If you start with resilience [at the outset of planning] your recovery will cost less and it will look different.”

One strategy California and Colorado are working on is to build political alliances that combine forestry, water and land issues so that lawmakers at the state and even the federal level are provided with a more powerful, holistic view of the problems.

In December, Colorado formally launched the Colorado Forest and Water Alliance, which represents environmentalists, the forest industry, and water utilities. Its mission is to lobby for more money and resources to cope with threats posed to forests and watersheds by wildfires.

Ellen Roberts, a former lawmaker from Durango in southwestern Colorado, spearheaded the effort, in part out of her own concerns about the devastating impact wildfires are having.

Last year’s massive 416 Fire blackened some 54,000 acres outside Durango. This year, with the high snowpack, officials are closely monitoring the burn scar, fearful that mudslides and debris flows will choke the Animas River, nearby roads and local water systems, as they did late last summer after the fire burned out.

“There is tremendous concern down here,” Roberts said this week, via email.

That kind of ongoing threat can last years. Areas below the Missionary Ridge Fire, also outside Durango, are still seeing debris flows 17 years after the 2002 event, according to the Silverton-based Mountain Studies Institute.

And it is those kinds of lasting impacts that fire and water officials hope to mitigate by planning ahead.

Kevin Houck is section chief of the Watershed and Flood Protection Section at the Colorado Water Conservation Board.

Houck said the state is now using LIDAR to track soil and snow conditions. That data can then be used to predict where flooding is going to occur much faster.

“For several years after a fire, we have enhanced flood risks. It’s these post-wildfire flood scenarios that are a problem. They are difficult to predict and react to,” Houck said.

“I’d like to see us do more pre-fire planning to figure out where fires are more likely to occur, where they may have the biggest impact on water resources and flood risk, and then put in place an enhanced mitigation program,” he said.

After last year’s devastating wildfire season in California, the Golden State is pushing through a new $1 billion wildfire prevention management program, according to Susan Piper, who survived the fast-moving Oakland Hills Fire in 1981 and who now heads United Policy Holders, which advocates for wildfire survivors.

“The idea is to have a balance between money for suppression [fire fighting] dollars and recovery dollars. When a fire is going,” she said, “there is a fire hose of money shooting out. But as soon as we get containment, the fire hose shuts off.”

Colorado communities have suffered devastating, multi-million dollar losses from wildfires. Colorado Springs’ deadly Waldo Canyon Fire in 2012 cost $27 million to suppress, and some $47 million to recover from, according to Carol Ekarius, CEO of Coalitions & Collaboratives, which sponsored the conference.

Looked at over a period of multiple years, the numbers are even more dramatic. In Colorado, since 2013, the federal government alone has spent some $427 million on major flood and fire disaster assistance, according to the Washington, D.C.-based Pew Research Center.

The After The Flames conference comes as communities across the West are preparing for what could become a major flood year due to above average mountain snowpacks.

In Colorado, state and local agencies are gearing up to closely monitor last year’s burn scars, which, in addition to the 416 scar, include the Lake Christine site above Basalt. Also at high risk of flooding are the 2016 Hayden Pass and Junkins fire scars in Fremont County.

Houck said the flood risk in Colorado this year is just 10 percent statewide. “So I’m telling people to take a deep breath. We typically have a fairly well-behaved mountain runoff. But there is as much awareness this year about the problem as I have ever seen.”

Correction: An earlier version of this article incorrectly identified the Junkins Park Fire and the date which it and the Hayden Pass Fire burned. It was 2016.

Fresh Water News is an independent, non-partisan news initiative of Water Education Colorado: watereducationcolorado.org. WEco is funded by multiple donors. Our editorial policy and donor list can be viewed here.