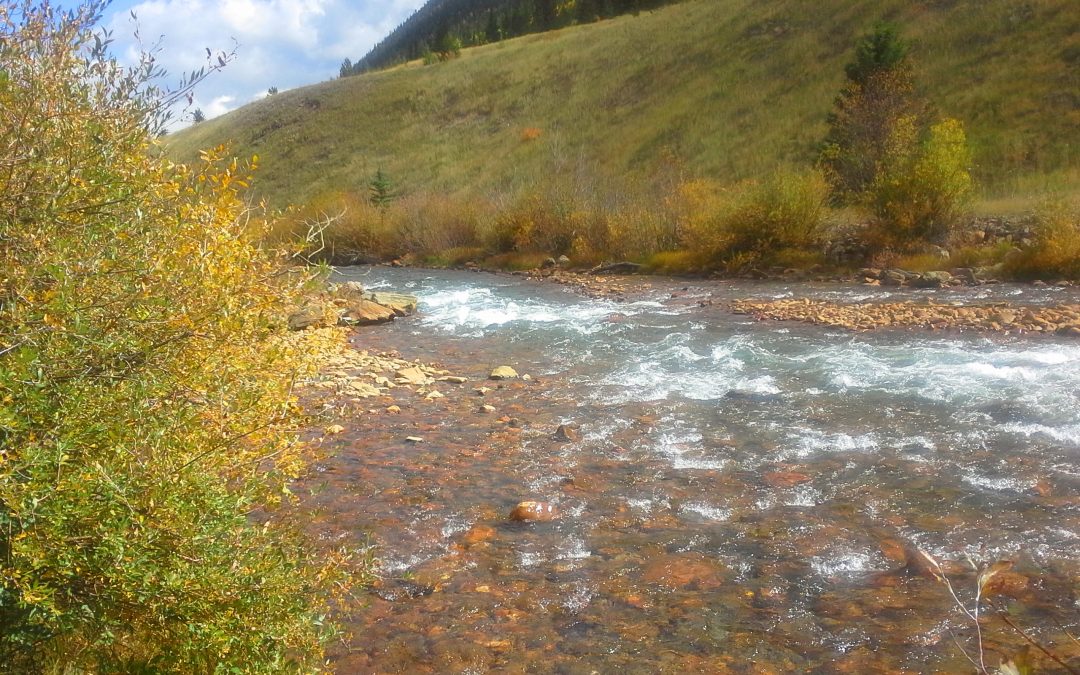 Colorado is expected to add 3 million new residents by 2050, and many of them will likely settle along the northern Front Range. That growth will spur a massive mismatch between water supply and demand—a gap of roughly 500,000 acre-feet per year by midcentury, according to Colorado’s Water Plan. Since 2015, a group of Front Range water providers called the South Platte Regional Opportunities Working Group (SPROWG) has been looking for ways to bridge that future gap through collaborative multi-purpose water projects, without diverting more water from Colorado’s Western Slope or drying up eastern Colorado farmland in the process.

“[This is] about making our water systems as efficient as we possibly can, and then seeing how large the remaining supply gap is and what the next steps will be,” says Lisa Darling, executive director of the South Metro Water Supply Authority, a member of SPROWG, and president of Water Education Colorado’s board.

Along with South Metro, SPROWG includes representatives from Denver Water, Aurora Water, the Northern Colorado Water Conservancy District, the St. Vrain and Left Hand Water Conservancy District, the North Sterling Irrigation District and the Lower South Platte Water Conservancy District. The group is seeking to capitalize on a surplus of untapped reusable water in the lower South Platte River near the Nebraska border, which accumulates there through return flows from the Denver Metro area and farms upstream. According to the South Platte Storage Study, an effort funded by the Colorado legislature and completed in early 2018, Colorado sent an annual median volume of 293,000 acre-feet more water to Nebraska than the South Platte River Compact requires between 1996 and 2015. SPROWG aims to enable the reuse and exchange of more of that water before it leaves the state. 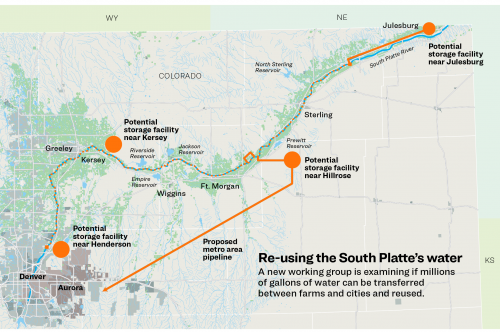 “The central problem is that [future] demand will largely materialize in growing communities located roughly along the north-south axis of Interstate 25, while data and modeling tell us that available water supplies in the basin generally occur much further downstream where the river traverses the plains,” says Doug Robotham, a consultant who helped initiate SPROWG and facilitates the group’s discussions.

The conceptual project that SPROWG is now pursuing would remedy that mismatch through the creation of about 175,000 acre-feet of new water storage in three locations: 50,000 acre-feet near Henderson, 100,000 acre-feet downstream near Kersey, and 25,000 acre-feet still further east and downstream near Snyder. The concept could also involve the construction of a pipeline from the Snyder-area reservoir back to the South Platte River north of Denver. This would enable the storage, reuse and exchange of several types of water, including native South Platte River flows in wet years as well as legally reusable water supplies. Reusable supplies include transbasin diversion water, unconnected well water, and other sources imported into the South Platte system.

SPROWG’s analysis suggests the concept would generate 54,600 acre-feet of dependable “firm yield” every year. That’s only about one-tenth of the South Platte Basin’s looming water supply gap, but Joe Frank of the Lower South Platte Water Conservancy District says the concept would have added benefits for farmers and ranchers in eastern Colorado.

“It provides a viable alternative to buy and dry that has and continues to threaten lands within our boundaries,” says Frank. The economies of many eastern Colorado towns are dependent on irrigated agriculture and will suffer if acres are removed from production by cities acquiring agricultural water to support growth, Frank says.

Much research remains before SPROWG’s concept solidifies into an actual water project. Over the next year, the group will determine which municipal, agricultural and recreational water users could benefit from the SPROWG concept. They’ll also study how the concept would be funded and governed, and further evaluate the exact size and location of the proposed storage facilities and water reuse pipeline.

This story originally appeared in the Fall 2018 issue of Headwaters magazine, published by Water Education Colorado.