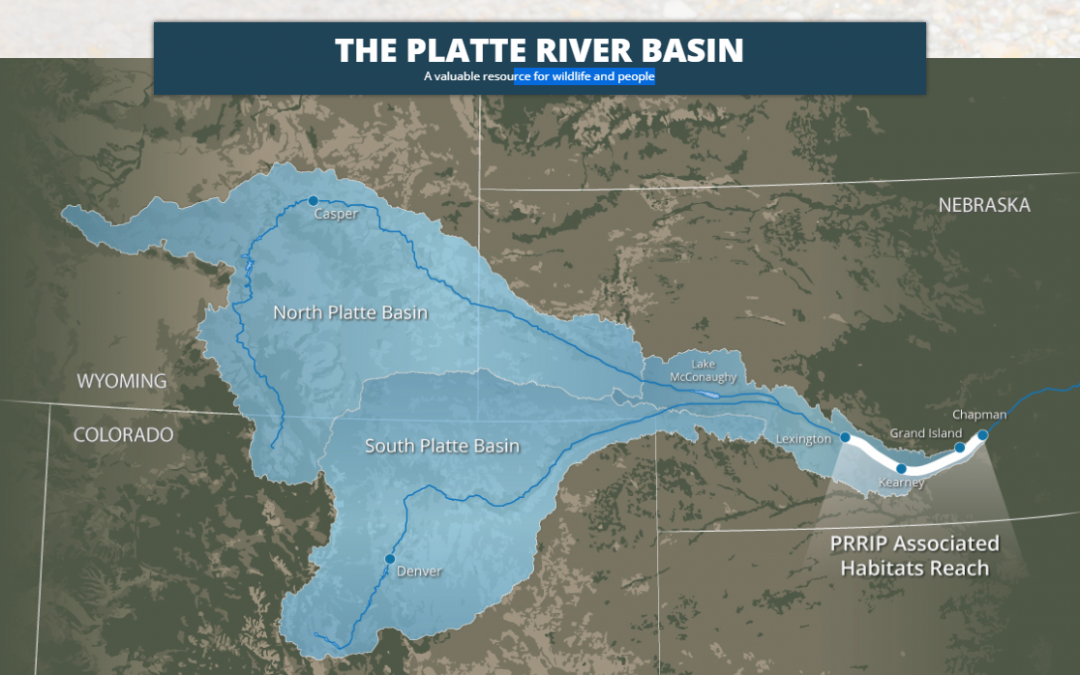 The three-state Platte River Recovery Implementation Program was reauthorized by Congress and President Trump at the end of the year in a rare show of bi-partisan support for species conservation. Credit: PRRIP

After a year of anxious waiting, scientists and researchers who’ve helped build one of the most successful species recovery programs in the nation have gotten a 13-year extension to finish their work.

The Platte River Recovery Implementation Program began operating in 2007 with the bi-partisan backing of Colorado, Wyoming, and Nebraska and the U.S. Department of the Interior. Since then it has created some 15,000 acres of new habitat for stressed birds and fish, and added nearly 120,000 acre-feet of new annual water to the Platte River in central Nebraska. An acre-foot equals nearly 326,000 gallons.

The region is critical because it serves as a major stopping point for migrating birds, including the whooping crane, the least tern and the piping plover.

In addition to helping fish, birds and the river, the program also allowed dozens of water agencies, irrigation districts and others to meet requirements under the Endangered Species Act, which can prevent them from building and sometimes operating reservoirs, dams and other diversions if the activity is deemed harmful to at-risk species.

Last year it wasn’t clear that three new governors, three state congressional delegations, and a fractious Congress could come together to re-authorize the program.

Jo Jo La, an endangered species expert who tracks the program for the Colorado Water Conservation Board, said everyone was grateful that politicians united to push the federal legislation, and the new operating agreement, through. It was signed by President Trump at the end of December.

“Our program was fortunate to have the leaders it had,” La said.

But it wasn’t just politicians who were responsible for the program’s extension, said Jason Farnsworth, executive director of the Kearney, Neb.-based program.

It was the diversity among the group’s members that was also key, he said. “Everyone from The Nature Conservancy to the Audubon Society to irrigation districts in the North Platte Basin supported this. You don’t often see an irrigation district sending a support letter for an endangered species recovery program. That’s how broad the support was.”

With their marching orders in hand, researchers and scientists can now focus on completing the program so that at the end of this 13-year extension it will become fully operational.

Early results have won accolades from Wyoming to Washington, D.C. The CWCB’s La said congressional testimony routinely described it as one of the “marquee” recovery programs in the nation, largely because, even though it isn’t finished, species are coming back in a major way.

In the 1980s and 1990s, the endangered whooping crane, least tern and pallid sturgeon, and the threatened piping plover, were in danger of becoming extinct, with the river’s channels and flows so altered by dams and diversions that it could no longer support the species’ nesting, breeding and migratory habitats.

Today the picture is much different. 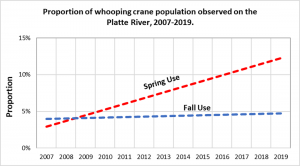 The whooping crane spring migration has risen more than 12 percent since 2007, while the number of least tern and piping plover breeding pairs have more than doubled during that same time period, a major achievement in the species conservation world.

Still ahead is the work to acquire more water and land, and research to understand how to help the rare pallid sturgeon recover. Thus far it has not responded to recovery efforts, in part because it is extremely difficult to locate.

The idea is to ensure there is enough water and habitat to keep the birds and fish healthy once the program enters its long-term operating phase.

“The intent is to spend the next 13 years working on identifying the amount of water and land that is necessary to go into [the final operating phase]. The focus will be less on acquiring and learning, and more on operating and managing,” Farnsworth said.