Meet the 10 Fellows Who Will Advance Water Journalism in Colorado 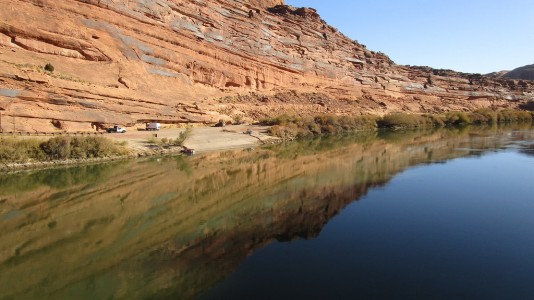 We’re excited to announce, alongside the Colorado Media Project, that 10 journalists have been selected for five-month fellowships to strengthen water reporting at newsrooms across Colorado, and build a peer network skilled at covering this complex topic of fundamental importance to our state.

The fellowship experience and $1,000 journalist stipends are made possible with support from Colorado Media Project and the Denver-based Gates Family Foundation.

More than 30 talented journalists from across the state applied for the fellowship, each with a compelling desire to uncover and share water stories with their communities and unique audiences. In selecting 10 fellows to receive training, coaching and financial support, our review committee prioritized developing a cohort of grantees that, as a whole, serves a range of Colorado geographies, river basins, and rural/mountain/urban/suburban communities. The committee also prioritized selecting fellows with diverse backgrounds and skill sets, representing a variety of mediums (print, digital, broadcast, radio, photo, data analysis, and visualization).

Zack Newman is an investigative data producer for 9Wants to Know, the investigative unit within 9NEWS (KUSA-TV) in Denver. Newman is the recipient of a 2020 national Edward R. Murrow Award and 2016 national Sigma Delta Chi Award. Before coming to 9NEWS, Newman volunteered as an investigative field producer for the nationwide non-profit documentary “Sky Blossom” and worked as an anchor producer for MSNBC in New York. His work has also appeared nationally on CBS Radio News and ABC News. Newman uses open records laws to obtain and analyze public data to identify systematic problems. He also acts as an off-air reporter, pursuing long and short-term stories for 9NEWS.

Newman says he will use his robust data background and expertise in using Colorado’s open records laws to advance his fellowship project. An avid fan of science fiction, he says the parched, dystopian worlds of “Dune” and “Mad Max” inspired him to apply for the fellowship. “As water becomes rarer, disparities will become starker. I fear that a wealthy enclave will hoard whatever water is left. … I feel a strong civic duty to do this type of reporting, but I don’t know where to start. I am hoping the 2021 Water Journalism Fellowship will equip me with the knowledge and skill set to do just that.”

Tara Flanagan is an established high-country journalist who as both a reporter and an editor has covered long-running water issues in Colorado, ranging from acid mine waste in the Eagle River to the battle over the proposed (and defeated) Homestake diversion from the Holy Cross Wilderness, and more current challenges concerning drought and climate change affecting the Arkansas River Basin.

Since July, Flanagan has been writing part-time for the Ark Valley Voice – a new online news source based in the headwaters of the Arkansas River, one of three major rivers originating in Colorado that flow east to the Mississippi. “Our association with COLab has meant a lot to us,” she says. “The idea of participating in something to bring wider understanding of the challenges related to water, can help the diverse audience of rural, metro, industry, and agriculture listen to each other.”

Michael Elizabeth Sakas has been on the climate and the environment beat for two years with Colorado Public Radio News, where she’s produced audio stories about a Colorado town that doesn’t have enough water to keep building new homes, how Lake Powell’s water level will likely dip below a critical threshold, and how normal snowpack levels can’t keep up with drought and climate change in the West. She joined CPR in 2016 after receiving one of the organization’s year-long fellowships, where she worked in various areas of the newsroom before earning a permanent position as general assignment reporter and producer.

“I’ve already learned a lot from Fresh Water News and Water Education Colorado through newsletters and their coverage and recent virtual events I’ve attended, and I know a fellowship like this will shape my reporting for decades,” says Sakas, adding that she hopes the experience “will connect me with important sources in the world of Colorado water, and help me feel more empowered and knowledgeable to ask tougher questions.”

Trevor Reid is a news editor at the Greeley Tribune with experience in multiple beats. He recently completed a series on Greeley’s water system that included a reader-friendly article tracing the city’s water from snowpack to kitchen sink, as the city recently acquired its first aquifer and works to recover the Poudre River watershed after the Cameron Peak fire last year.

Reid says he plans to utilize this fellowship to deepen his understanding of water-related issues. “While I learned a lot about water in writing my series, I feel I only began to scratch the surface on some of the more complex aspects of water, such as water law, as well as the bigger picture of communities competing for water,” he says. “I’m excited by this opportunity because I would love to develop a deeper understanding of these issues, so our readers can understand the context in which local leaders make decisions involving water.”

Erin is the co-publisher and co-owner of the Ouray County Plaindealer, a 144-year-old weekly newspaper serving rural western Colorado since 1877, located at the headwaters of the Uncompahgre River and several other tributaries that eventually flow into the Gunnison River. She has been honored with numerous journalism awards, including the Colorado Society of Professional Journalists’ Keeper of the Flame award, and she’s currently on the board of the Colorado Freedom of Information Coalition.

McIntyre is a fifth-generation Coloradan who loves covering rural areas, which are deeply ingrained in her roots after growing up on an 80-acre farm near Fruita, where she learned to set irrigation tubes in her family’s alfalfa field as a young child. She says she plans to use this fellowship to learn more about the Gunnison River Basin (hydrology, geology, water sources and experts in the water world), as her previous experience reporting on water was primarily in the Colorado River Basin in Mesa County.

Perdoni plans to use this fellowship to complete a documentary on water issues and acequia stewardship in the San Luis Valley. “Acequia systems exist as something of an antithesis of Western water law — they function communally, and by consensus, including an annual cleaning and working together to facilitate irrigation during times of both plentiful water and drought,” Kate says. “Our metro audiences are often vastly unaware of our state’s diverse and complex history. I believe if folks are introduced to this simple yet profound way of life, that they may gain further appreciation and respect for water — and the cultures and communities that have a tangible relationship with it.”

Philip Poston is chief photographer and photo editor for the Sentinel Colorado in Aurora. He moved to Denver in January of 2004 to pursue a degree in journalism with a focus in photojournalism. He is the recipient of multiple Colorado Press Association awards, including first place in Best Portfolio (2018, 2020) and Best News Photo (2019, 2020), and second place in Best Story/Picture Combination (2019).

Poston’s fellowship project will be completed in collaboration with a team from the Sentinel, the Colorado Sun, and Colorado Community Media. He also plans to build a library of relevant visual assets including stills, portraits, landscapes, aerials and video to support his work and other fellows in the cohort. “The impact of still and video storytelling is critical to helping readers understand the scope and scale of the Aurora-Denver-DougCo story,” he says. “Its direct effect on the hundreds of thousands or regional residents, as well as the impact on hundreds of thousands more across the state, is driven home by the sheer size and impact of the water collection and treatment systems, and the urban and rural environments that are subject to change.”

Olivia Emmer is a former environmental educator and professional photographer who has worked as a freelance reporter since 2020 for The Sopris Sun. The weekly, nonprofit newspaper publishes stories in print and online in English and Spanish throughout the Roaring Fork Valley, whose watershed accounts for up to 12 percent of the Colorado River’s annual flow.

Emmer says her extensive background in environmental science – including time as a botanical researcher with The Nature Conservancy and nearly 10 years at the Aspen Center for Environmental Studies – provide a strong foundation for her science reporting. “As a new journalist working in a small community, the chance to work directly with journalists who specialize in water is compelling,” she says. “I also hope that these reports from the headwaters can be amplified by other (national and statewide) news outlets.”

As a general assignment reporter for the Cortez Journal, Jim Mimiaga has covered a wide range of water issues in Southwest Colorado, from drought and pollution on the Dolores River to depletion of the McPhee Reservoir, upon which the Ute Mountain Ute depend for farming operations that support the tribe’s economy and its commercial corn mill.

Mimiaga is well-versed in water policy and Native American water issues, and says both will prepare him for his work with the Water Journalism cohort. “I look forward to making connections with people and sources to learn more about water in Colorado and the West,” he says. “To be able to reach out to more sources for information and perspective when I’m in the midst of a complicated water issue story will better serve readers.”

Priscilla Waggoner has nearly 30 years of experience as a professional writer in numerous capacities including grants, curricula, video, film, and newspaper reporting. In her previous life, she was a screenwriter and recipient of the Nicholls Fellowship in Screenwriting from the Academy of Motion Pictures, Arts and Sciences. But she missed her home state and, upon returning to Colorado, worked as a reporter in Kiowa County on Colorado’s southeastern plains for five years before recently joining Alamosa’s Valley Courier newspaper in the San Luis Valley – the largest alpine desert valley in the world and one of the few where agriculture is the main economic driver.

Waggoner says that in her work as a reporter, she feels a personal responsibility to inform the public about important issues such as water, drought, and climate change in a way that effectively reaches a cross-section of residents with varied opinions and interests. “While not all small towns are the same, (my) experience did provide me with a deeper understanding of the numerous ways drought can impact a town, the lives of the people who live there, and the perspective they have on the world that surrounds them,” she says. “It also taught me to connect with people who had backgrounds and opinions that were completely unlike my own.”