Destination Water: A traveler tells the stories behind the state’s most popular escapes 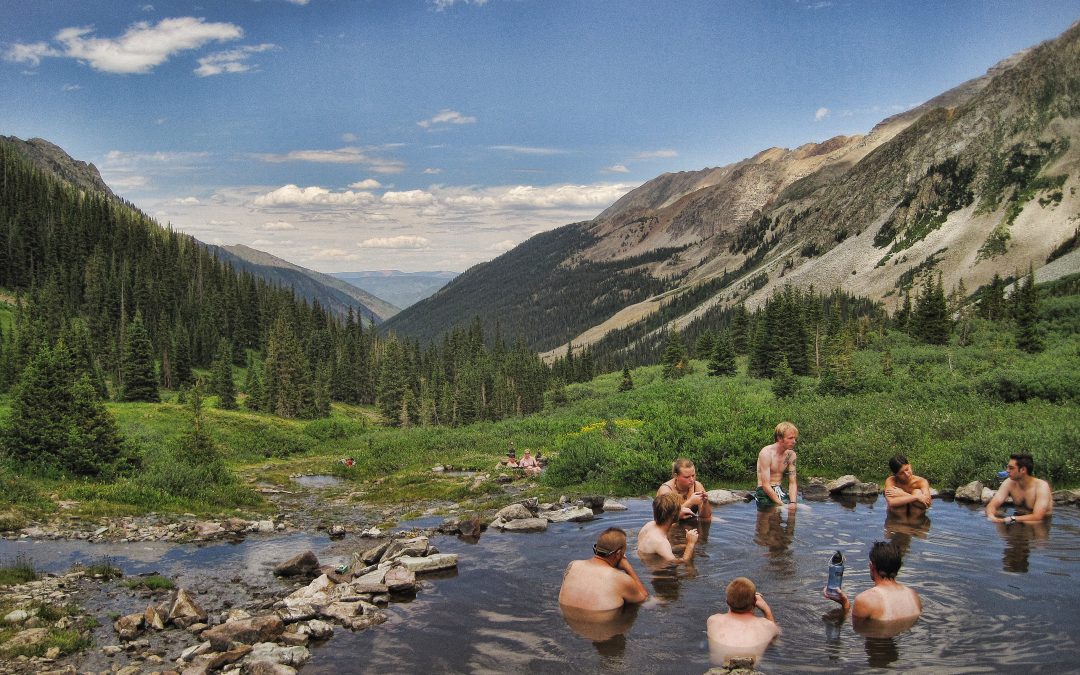 Conundrum's popularity led to limits on the number of overnight visitors allowed at the site. Courtesy Flickr User Wanderstruck/Creative Commons

Famous among locals and tourists alike, Colorado’s public lands feature a number of world-renowned attractions. While millions carve through the powder on major ski hills like Aspen, Vail and Crested Butte, the Arkansas River boasts the title of most popular commercial rafting spot in the country. Others flock to national parks and monuments, national wildlife refuges, national forests, and other federal lands for hiking, biking, hot springs soaking, fishing, and countless other uses. But water fuels the magic of these places. Krista Langlois visits some of Colorado’s favorite escapes to explore the water stories and management lessons behind them.

The trail along Conundrum Creek seems challenging enough to weed out all but the most committed hikers. Nine miles of steady uphill take you through the Maroon Bells-Snowmass Wilderness near Aspen, Colorado, to an elevation of 11,000 feet, where a natural hot spring has been corralled into a pool of 102-degree water. My husband had been to Conundrum years earlier, and recalled a quiet night soaking beneath a starry sky.

But when he and I visited Conundrum the summer of 2014, the atmosphere was more spring break party than backcountry solitude. Along the trail, we saw hikers unprepared for the weather the Rocky Mountains can dish out: people clad in head-to-toe cotton carrying feather pillows, fuzzy blankets and cases of beer. When we finally reached the springs, they were packed elbow-to-elbow, people waiting on nearby rocks for a space to open up.

According to the U.S. Forest Service, use at Conundrum skyrocketed from 1,395 overnight visitors in 2006 to 5,372 in 2015. Other well-known destinations, like Hanging Lake near Glenwood Springs, have seen similar spikes. And popularity comes at a cost. Bears and other wildlife can become dangerously habituated to humans. The wilderness can get trashed. In 2016, rangers carried 136 pounds of garbage and 237 piles of unburied human feces out of Conundrum.

Now land managers are limiting the number of people who can camp at Conundrum. Starting this year, hikers will have to register for a permit via an online reservation system, capped at 100 people per night and likely costing $10 per group. The plan comes after years of data collection and public input.

Permit systems are gaining traction in Colorado and other states confronting backcountry overuse. Six of Colorado’s 44 wilderness areas either already have or soon will require permits, along with destinations like Rocky Mountain National Park. While they can be effective at mitigating environmental damage, such permit systems also highlight the challenges of managing the ever-growing number of people who want to visit Colorado’s public lands.

The San Luis Valley covers 8,000 square miles between the Sangre de Cristo and San Juan Mountains—a flat, high-altitude desert that receives about 7 inches of rain a year. What the valley lacks in precipitation, though, it makes up for with a prolific aquifer that’s helped sustain generations of farmers. Water from the aquifer and Rio Grande together supply irrigation for 90 percent of Colorado’s potato crop, barley for Molson Coors Brewing Co., and a variety of meat and produce. 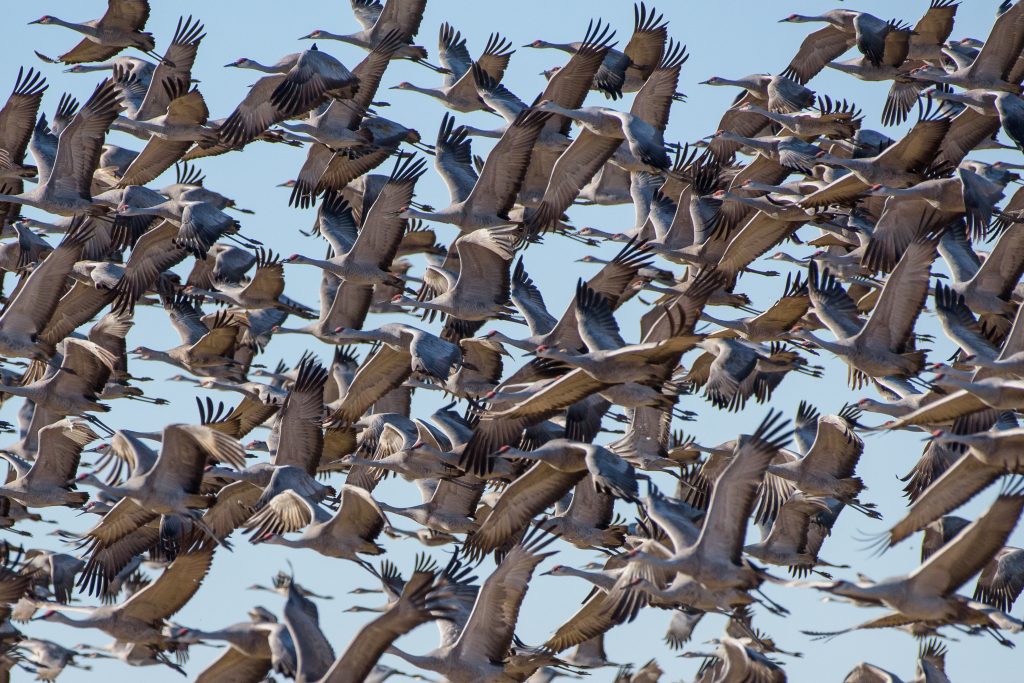 Sandhill Cranes during the Spring migration in Monte Vista, Colorado.

Yet water in the San Luis Valley is over tapped. Up to 95 percent of the Rio Grande is diverted during irrigation season, and in the early 2000s, the aquifer within the valley’s closed basin—a drainage area north of the Rio Grande—became severely depleted. The water table dropped so low that a Bureau of Reclamation pump called the Closed Basin Project, which pulls groundwater from the closed basin and delivers it through a 42-mile channel to help replenish the depleted river and also supply water to the Alamosa National Wildlife Refuge, and reduce the amount of curtailed water rights, started to run dry.

So the Rio Grande Water Conservation District tried an experiment endorsed by the Colorado Legislature: for the first time, water users would pay for groundwater by the acre-foot and, by 2021, take 40,000 acres out of irrigation. Although the transition was tough, farmers agreed, and today the aquifer is rebounding. Irrigators in one of the Conservation District’s subdistricts, Subdistrict No. 1, have reduced water consumption by a third since 2006.

That’s good news for future generations of farmers—and for the 27,000 or so sandhill cranes that pause in the Alamosa National Wildlife Refuge as they migrate through the San Luis Valley each year. On spring evenings, you can hear their rattling calls as they soar over the grid of farmland.

It was the perfect winter day. An overnight storm had dumped two feet of snow at Crested Butte Mountain Resort, and the following morning dawned clear and blue. As I rode the chairlift past the spires of spruce trees, I saw gray jays hopping from branch to branch and bobcat tracks weaving through the powder below.

Snowpack is important to both wildlife and skiers in Colorado, where 22 ski resorts operate on land managed by the U.S. Forest Service (USFS). These resorts—including Crested Butte, Vail, Aspen, Telluride, Steamboat Springs and Beaver Creek—have worked hard to be sustainable, with Aspen steadily reducing its carbon emissions over the past decade and Vail aiming for “zero operating impact to forests and wildlife habitat,” in part by donating $1 million to protect public lands. But in an era of warming winters, ski resorts also need reliable water for snowmaking—water that’s also vital for fish and wildlife.

In 2011, a dispute over water rights between the USFS and the ski industry morphed into a lawsuit and proposed legislation. Environmental groups and high-altitude counties feared the legislation could undermine river health on public lands, while federal agencies and others worried it would undermine their authority and contracts. A 2016 resolution eventually allowed ski resorts to retain their water rights while ensuring they’re used responsibly.

Still, as ski areas expand into year-round destinations, minimizing the effects on wildlife and rivers remains a challenge. Studies show that even quiet recreation can impact the survival of songbirds, bobcats and other animals. But if the bobcat prints and fresh ski tracks running side-by-side at Crested Butte are any indication, businesses that operate on public lands can be successful and sustainable.

The shadow of our four-seater Cessna flew for half an hour across the bleached desert of southwestern Colorado until we caught sight of McPhee Reservoir, its blue water spread over the land like a mirage. From the reservoir, the waters of the Dolores River tumble through a series of canyons that stretch 190 miles to the Utah border. Their geologic formations, rambunctious whitewater and rich riparian habitat rival those of the Grand Canyon. 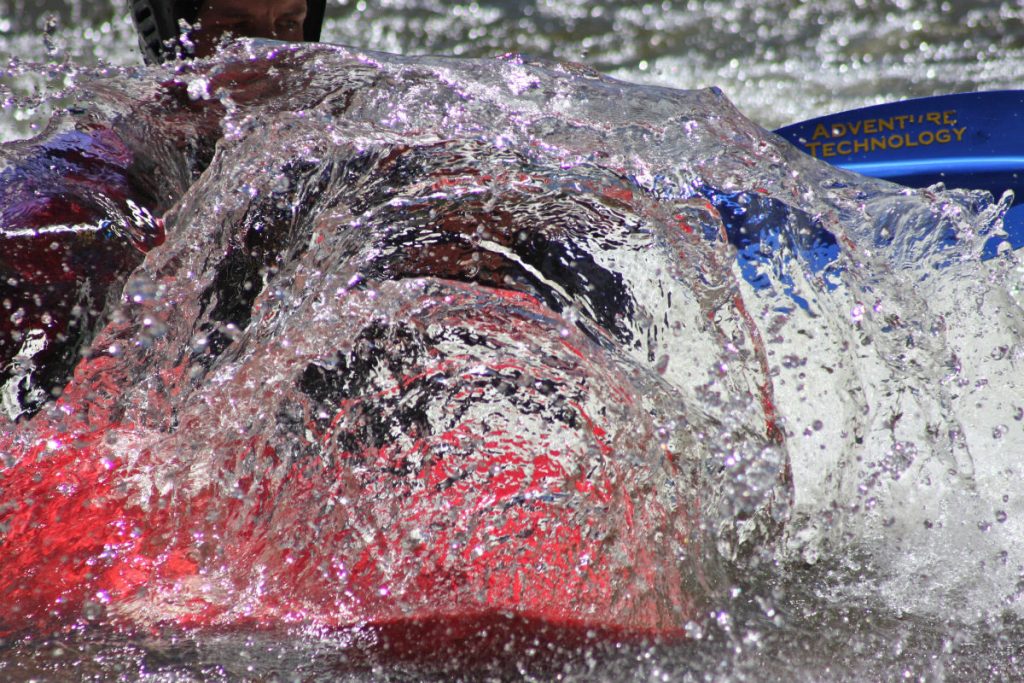 Water released from McPhee Reservoir in 2017 drew boaters to the Dolores River.

Most years, though, the Dolores doesn’t have enough water to support the multi-day river trips the Grand Canyon is known for. In 1983, it was dammed to provide irrigation for the farmland around Cortez, making it possible for farmers, including the Ute Mountain Ute Tribe, to grow food and raise livestock in this arid land, and providing an economic driver for surrounding communities. Yet over the past 17 years, drought and climate change have shrunk runoff so severely that the Dolores is often reduced to a low stream. Boatable days have dropped by half, and some species of native fish have struggled to survive.

Now, the Bureau of Reclamation, Bureau of Land Management and other federal managers are working with boaters, farmers, the tribe, and conservation groups to ensure that when there is enough snowmelt, releases from McPhee Reservoir meet the needs of all river users. Thanks to strong snowpack and an agreement that took years to hammer out, 2017 was a banner year: A big release from McPhee meant that the river briefly ran at 4,000 cubic feet per second, its highest level in a decade. Some 22,000 rafters and kayakers paddled the release, compared to zero boaters on that stretch of river in 2014, and scientists scrambled to collect data on fish habitat, set to be published in spring 2018.

Which is why I found myself in a tiny plane flying over the Dolores River last May. Celene Hawkins, The Nature Conservancy’s Western Colorado Water Program manager, pointed out oxbows where biologists were monitoring some species of native fish, and once-dry channels that were being refilled by the high water to create pools capable of supporting fish through the summer. As the pilot flew over the vertical red walls of Slickrock Canyon, we glimpsed another sign of the renewed life below: a single yellow raft bobbing in the current.

It’s the kind of moment that many people who engage in outdoor sports face. You find yourself on the cusp of something just beyond your skill level, with no choice but to do it anyway.

My moment came in Browns Canyon on the Arkansas River, when I took the lead in a group of kayakers and unwittingly charged into a class IV hole. I emerged unscathed and upright on the other side, exhilarated with not just the rush of adrenaline, but the beauty of the canyon: tawny boulders plunging into clear pools, sunlight sparkling on the current, a channel of blue sky above.

The combination of natural beauty, thrilling whitewater, and well-timed flows between upstream and downstream reservoirs, thanks to the region’s Voluntary Flow Management Program, has helped make Browns, the Royal Gorge, and other nearby runs on the Arkansas River the most popular place in the country for commercial rafting. Some 240,000 people float the Arkansas each year, bringing an estimated $55 million to towns like Salida and Buena Vista. In 2015, President Barack Obama designated 21,000 acres around Browns Canyon as Colorado’s newest national monument.

So far, the national monument designation hasn’t changed the way the river is run, says Rob White, manager of the Arkansas Headwaters Recreation Area. But a new management plan will soon give White and other public land officials greater flexibility to adjust the number of rafts and kayaks allowed on a certain stretch of river. Better parking, restrooms, signage and access to information are also in the works, and rangers will continue to monitor the river corridor to respond to boating accidents and ensure public safety. The new plan also factors in stand-up paddleboarding—a sport that didn’t exist when the last management plan was written.

Altogether, White thinks, these and other management changes have created a river corridor that’s safer and healthier than it was a few decades ago.