The Water for Land Dilemma 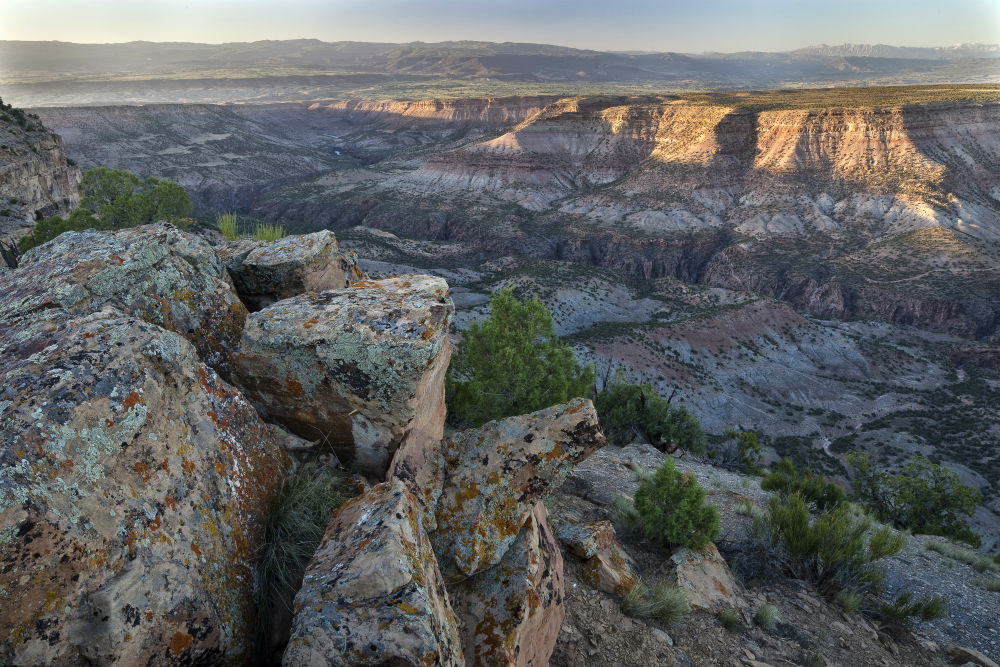 A combined federal reserved water right and state-based right, quantified and approved in Colorado Water Court in 2008, maintains flows through the Black Canyon of the Gunnison National Park. Courtesy BLM

Stand quietly among the high grasses of Pawnee National Grasslands, or on the slopes of Rocky Mountain National Park, or the sprawling hills of the Sand Dunes, or amongst the ruins of Mesa Verde, or dozens of other scenic places in Colorado and you will be standing on federally managed public land.

The federal government controls roughly 36 percent of Colorado’s lands. With that terrain theoretically comes the right to vast water resources, some of which originate on public land, such as the headwaters of the Colorado River in Rocky Mountain National Park, or which simply flow through it, such as the Yampa River in Dinosaur National Monument. When land is reserved for a federal purpose, water needed to fulfill that purpose may also be reserved. Otherwise, state law controls the establishment of water use rights.

But decisions over how much water is contained in those federal reserved water rights and how they are to be used have been the subject of court battles across the West for more than 100 years. Most such controversies have developed over agencies seeking to protect natural resources by reserving instream or environmental flow water rights within already over-appropriated systems. Colorado’s well-developed state water rights system has gone head-to-head with the federal government routinely over the past century. At times, those negotiations have taken decades to settle the quantity and beneficial uses of water claimed by the federal government, as well as where those rights fall within the state’s prior appropriation system. But recent creative agreements reveal that there is a more collaborative path forward.

THE MAKING OF RESERVED WATER RIGHTS

The Winters decision was one of the first to help determine how water would be set aside for federal purposes. The case came about in 1888 when the Empire Cattle Company along with other irrigators in Montana sought to stop the Gros Ventre and Assiniboine Indians at the Fort Belknap Reservation from diverting from the Milk River, the same stream the farmers were using.

But in 1908, the court said the tribes at Fort Belknap were entitled to water because when the reservation was created, it was implied that water was reserved along with the land to sustain the tribes through irrigated agriculture. The case set a powerful precedent for the federal government to claim water for its lands, sometimes with a more senior date than other existing uses.

The Winters Doctrine would play a major role over the next 50 years of legal decisions as development across the West increased and the federal government’s tribal claims had to be evaluated and integrated into each state’s system of existing water rights.

In 1952 another landmark legal development, the McCarran Amendment, was passed. It provided a waiver of sovereign immunity, allowing state courts to adjudicate federal water rights. Since then, Colorado has adjudicated federal and tribal reserved water rights, which the state administers in priority, alongside state-based rights.

The court took another major step that widened the federal reserved water rights doctrine in Arizona v. California in 1963, saying that the doctrine could apply not just to Indian reservations, but to other federally reserved lands, including national forests, national recreation areas, national parks, and national wildlife refuges.

While water rights can be reserved to accompany many different types of federal lands, they aren’t easy to come by. The amount of water reserved must be quantified in a federal or state court or through legislation. Water can only be reserved if the primary purpose of the reserved land would be “entirely defeated without the claimed water.” In a 1978 ruling, the U.S. Supreme Court found that national forest creation can reserve the use of water only for the uses articulated in the original 1897 Organic Act, which focused on forests, timber and “favorable” conditions of water flows. State water law applies to forest reservations, and national forests cannot reserve water for secondary uses such as recreation, aesthetics, the environment, or wildlife preservation. 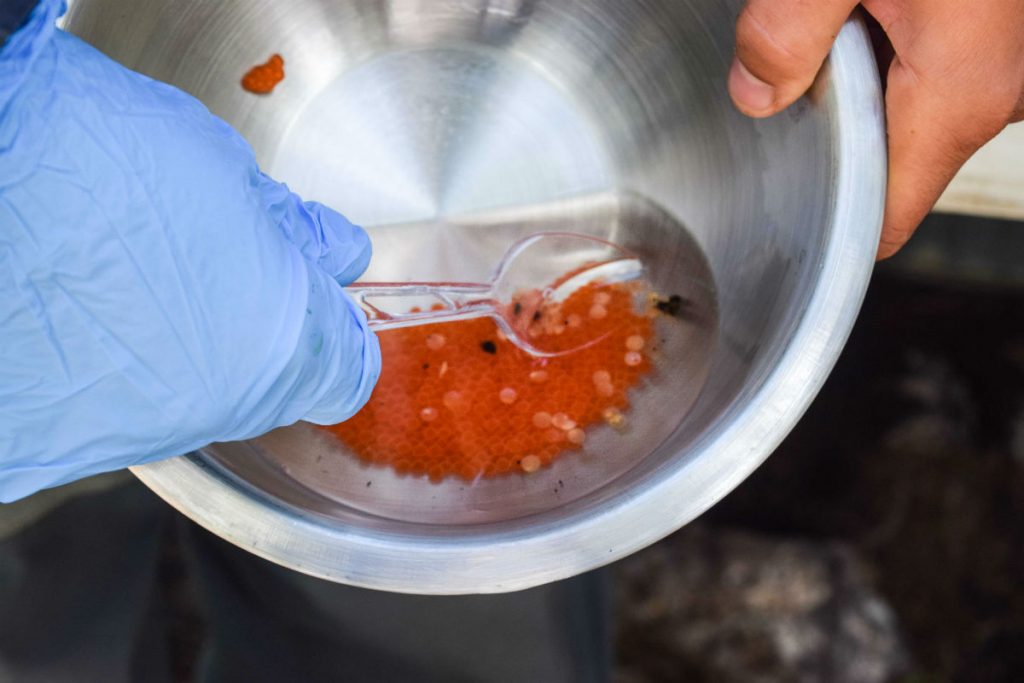 Biologists collect greenback cutthroat trout eggs from the wild to raise through a captive breeding program. Eventually the greenbacks will be transplanted into native habitat, like on the Poudre River as part of a 2017 agreement that avoided a reserved water right. Photo by Emma Brown 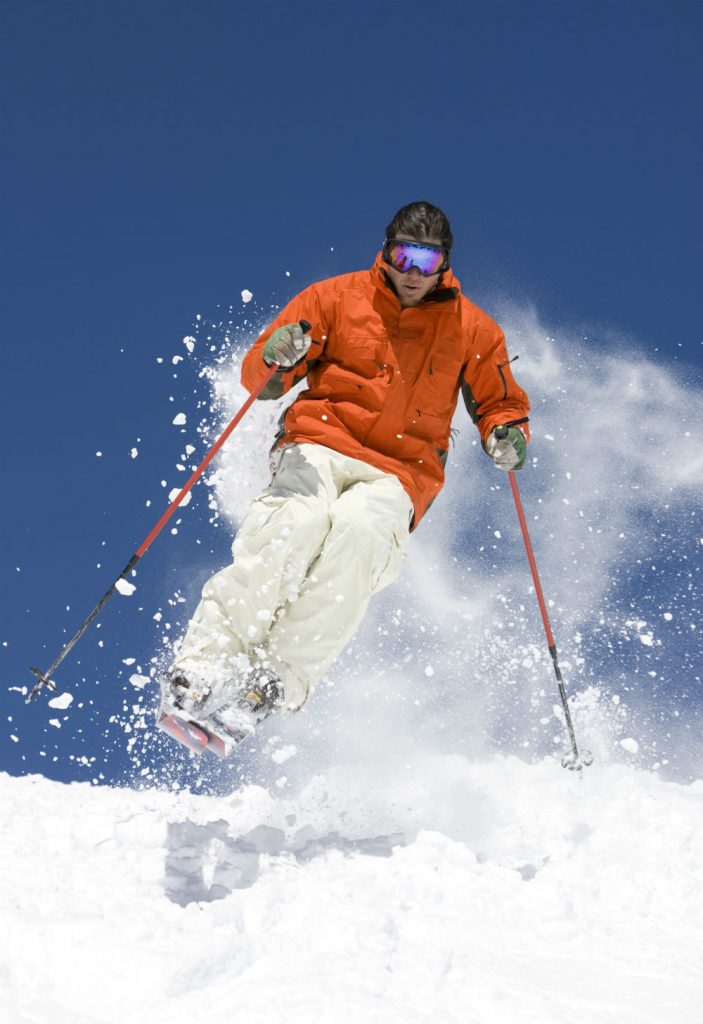 Legislation for Local Protection
In 2011, a contract dispute over water rights between the U.S. Forest Service (USFS) and the ski industry morphed into a lawsuit. A 2016 resolution allowed ski areas to retain their water rights, but tensions remain between state water rights and federal land management laws.
Colorado water users, some mistrustful of federal agencies, worried that it could happen again. So after years of drafting and negotiating legislation, Colorado legislators passed the Colorado Water Rights Protection Act in 2016, designed to prevent state water right holders on federal land from having their water rights tied to federal water claims.
The conflict also triggered action in Washington, D.C. In 2017 Colorado Congressman Scott Tipton introduced the federal Water Rights Protection Act. While still pending in Congress, if passed, it would seek to stop federal agencies from requiring a transfer of state water rights in exchange for federal lease or permit approvals.
Photo credit: Adobe stock

But in other parts of the state, negotiations have been able to satisfy federal and local water needs. When the Dominguez-Escalante National Conservation Area near Gunnison, which includes the Dominguez Canyon Wilderness, was created by the 2009 Omnibus Public Lands Management Act, neighbors worried that a federal reserved instream flow water right might accompany it.

Colorado stakeholders helped draft the authorizing legislation and required that the U.S. Secretary of Agriculture coordinate with the Colorado Water Conservation Board (CWCB) to secure instream flow water for the wilderness area. However, if the CWCB was unable to allocate sufficient water for the wilderness, the secretary could adjudicate a federal reserved water right. So the group set out to establish a state instream flow for the project. Colorado officials wanted to provide the water through a state water right because it was easier to integrate into the state system, and the BLM agreed, says Linda Bassi, chief of the CWCB’s Stream and Lake Protection section, which runs the state’s instream flow program.

In 2010, the instream flow, which allocated a fixed amount of water to upstream water users through their existing water rights as well as some additional water for future needs, then sends all remaining water downstream—regardless of volume—was approved by the CWCB in an unopposed action. The new instream flow right for the Dominguez-Escalante National Conservation Area came with a date of May 19, 2010, and by 2011 it was approved in water court.

“There was a lot of interest in this,” Bassi says, “but once we got the negotiating done, there was very little opposition and a lot of support.”

That negotiation is now held out as an example of how states, local water agencies, and the federal government can work administratively to appropriate water in ways that meet the needs of federal lands without jeopardizing water right holders and without decade-long court cases. 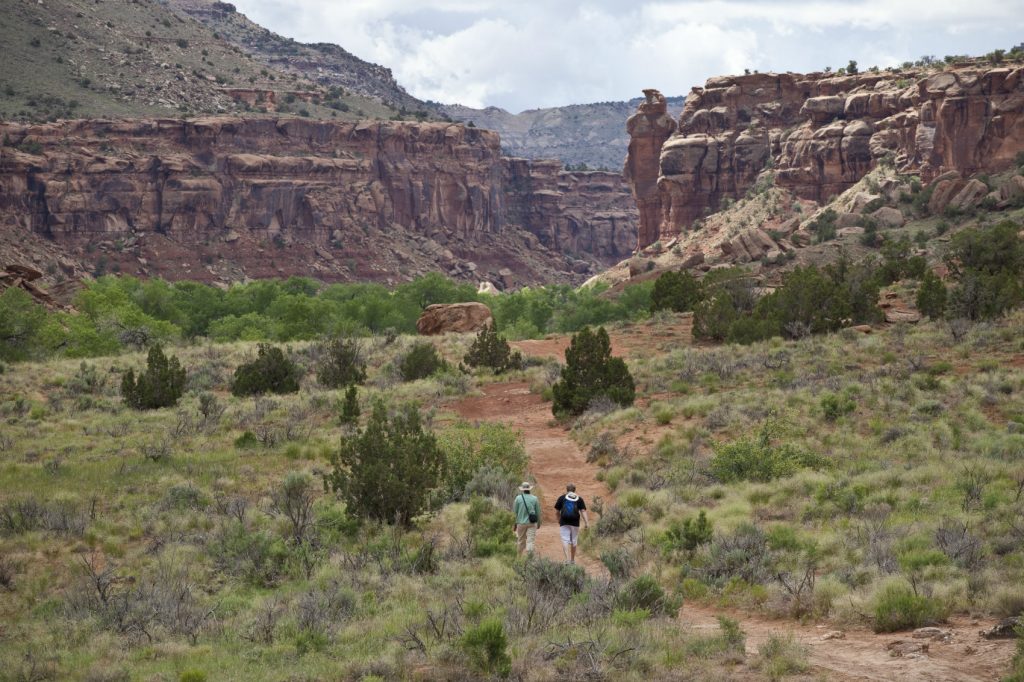 Water needs for the Dominguez-Escalante National Conservation Area, established in 2009, are met with a state instream flow water right, held by the Colorado Water Conservation Board. Courtesy BLM

Another recent agreement holds hope for more productive collaborations among federal, state and local water interests. In April 2017, Trout Unlimited, Colorado water users, and the U.S. Forest Service (USFS) notched an important victory in the Poudre River Basin when they signed an agreement that ended nearly 20 years of litigation. The agreement provided critical conservation benefits to native greenback cutthroat trout populations—federally listed as “threatened” under the Endangered Species Act—allowed the USFS to meet its habitat protection responsibilities, and did not require local water users to give up water.

The project dates back to the 1990s when Trout Unlimited sued the USFS after the federal agency issued an Environmental Impact Statement for a permit that would allow the Water Supply and Storage Company to expand its Long Draw Reservoir at the headwaters of the Cache La Poudre River. The original lease was issued in the early 1900s, but a federal law passed in the 1970s now requires that the USFS’ lessees do more to protect habitat on land they rent. When the lease was renewed, Trout Unlimited sued, saying the new lease did not do enough to protect greenback cutthroat trout habitat in the headwaters.

Fast-forward through 20 years of court battles to 2017 when Trout Unlimited and the USFS agreed that a far-reaching restoration project, spreading across 40 miles of streams and several lakes, would do more to restore native trout populations than restricting the water rights of the Water Supply and Storage Company. Restoration work will involve installing fish barriers to prevent non-native trout from invading the area. Biologists will remove non-native fish and once confirmed free of invasive trout, they’ll restock native greenback cutthroat trout populations. It will likely be another 10 years before restoration is complete, but the end result will be the largest such restored native trout habitat in Colorado, according to Trout Unlimited.

The Water Supply and Storage Company has agreed to provide $1.25 million in funding as part of the USFS cooperative effort, and the USFS will conduct the restoration work. At the same time, Trout Unlimited has launched a fundraising effort to cover any additional costs. Colorado Trout Unlimited executive director David Nickum estimates the group may need another $500,000 to finalize the project.

“The broader lesson is these types of issues are fundamentally local and site specific,” Nickum says. “There are folks who believe the federal government has no business interfering with state water rights. And on that issue you’re not likely to reach an amicable solution.

“But if you look at what works operationally, and what is meaningful, you can find solutions.”