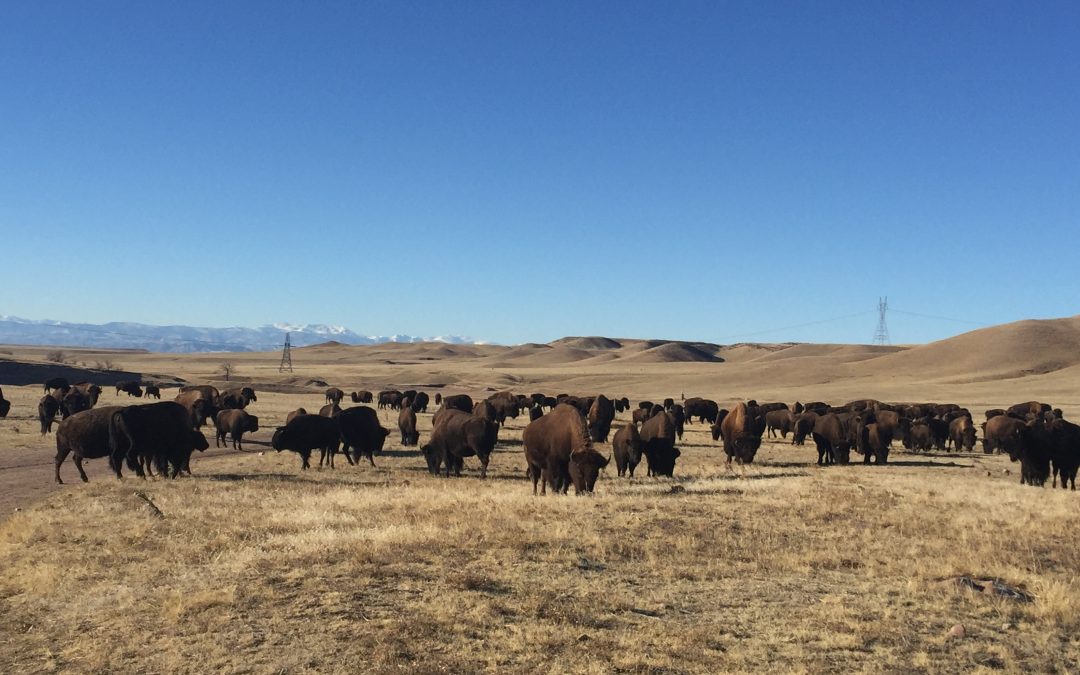 Bison graze at Terry Ranch in northern Colorado. Below them lies an aquifer, where Greeley is purchasing 1.2 million acre-feet of groundwater and storage rights. Photo courtesy City of Greeley

With a quickly growing population — projected to jump from 106,000 to more than 260,000 by 2065 — and a thriving agricultural community, Greeley developed a 2003 water master plan that identified an urgent need for additional storage. The preferred option was expanding the 5,008 acre-foot Milton Seaman Reservoir in the North Fork of the Poudre River to hold 53,000 acre-feet.

In 2019, an alternative emerged: an underground aquifer on Terry Ranch, a private property near the Wyoming border. Greeley will purchase 1.2 million acre-feet of groundwater and storage rights from owners Wingfoot Water Resources, offering a new water supply and more storage than the planned reservoir expansion with less permitting and construction. Groundwater will be pumped out of the aquifer for use, but the aquifer can also be used for additional storage.

“Instead of impounding the river and surrounding habitat, we’re putting wells into the ground. We’re not touching any streams or other wetlands,” says Adam Jokerst, deputy director of water resources for Greeley.

Mere months after identifying the opportunity, Greeley began permitting and testing to make sure the water would be safe. Though the surrounding soil contains some naturally occuring uranium and other contaminants, the city says it is able to treat any water it extracts so the contaminants are at “non-detectable” levels. Not everyone is pleased; an activist group called Save Greeley’s Water opposes what it says is a rushed and risky project.

“I’m probably never going to feel confident about the groundwater up there. In an emergency, we could flush a reservoir, but the groundwater can’t be cleaned,” said John Gauthiere, a former engineer for the City of Greeley, on a Zoom meeting of the group in February.

Despite those concerns, the project was approved unanimously by the Greeley City Council and the Water and Sewer Board. With the approval in March, construction can begin as soon as 2022 and will be phased over many years. As for the work put into Milton Seaman? It’s on hold for now, but Jokerst says, “100 years from now, it’s hard to say whether or not we’ll want additional reservoir storage.”