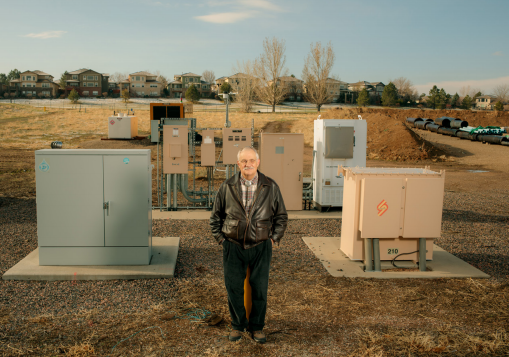 When John Kaufman worked as an engineer and water quality consultant in Florida, the landscape was conducive for aquifer storage and recovery (ASR). With Florida’s limestone bedrock, plentiful supplies, and friendly regulatory climate, Kaufman helped several cities set up systems to inject and store water underground to later be withdrawn and treated for residential use.

In 2014, when Kaufman moved west to become general manager of the Centennial Water and Sanitation District in Highlands Ranch, he was surprised to find an environment just as friendly to ASR. Centennial had opened the state’s first such system in the 1990s, using the permeable aquifer as a storage alternative when large reservoirs were harder to come by.

“The geology may be different here, but the principle is still the same,” Kaufman says. “It can be an effective way to take water and store it if the surface reservoirs aren’t available.”

The district is particularly suited for underground storage, with permeable ground and a location near the South Platte River where high spring flows can be captured and stored in the aquifer. With a water treatment plant conveniently nearby, Centennial can also efficiently treat and deliver the water. Highlands Ranch has added about 14,000 acre-feet of water into the ASR network over the three-decade lifespan of the project. Even though surface water currently provides upwards of 80% of the district’s water (a percentage set to increase with storage rights in Chatfield Reservoir), Kaufman is still committed to storing and recharging the aquifer whenever possible.

Kaufman sees potential for ASR across the state and is open to offering Centennial’s advice. While he hasn’t fielded many calls, some water providers — including the Consolidated Mutual Water Company in Lakewood — have implemented ASR. Several south Denver metro-area water providers are permitting wells for future below-ground water storage

“ASR has a lot of potential, but you can’t do it everywhere,” Kaufman says.