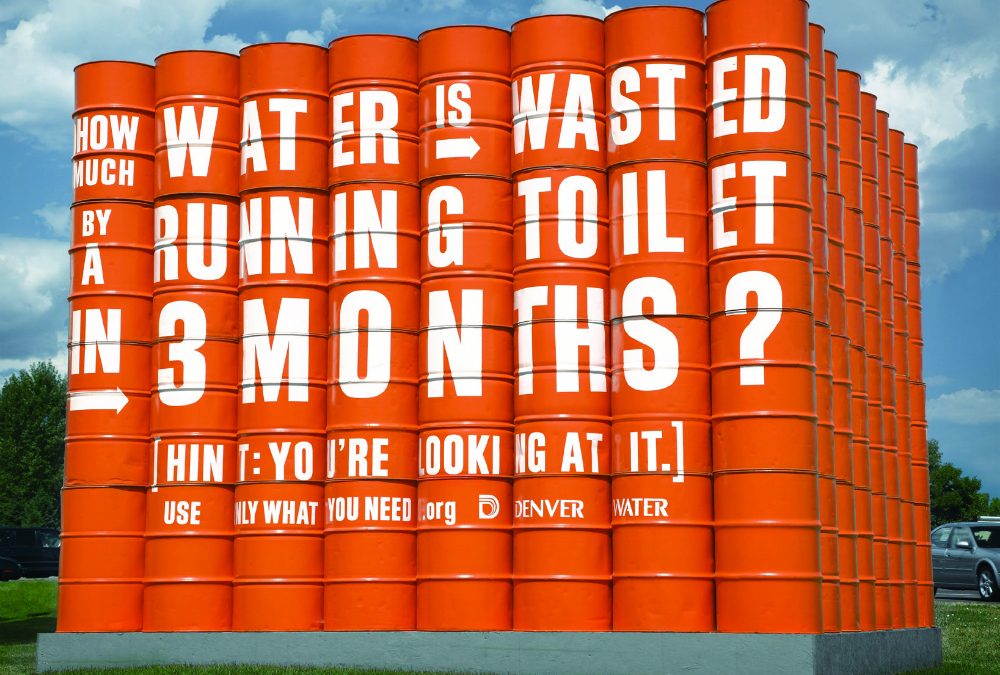 Although water is gaining increasing attention in the arid West, water educators continue to struggle with attracting widespread attention or generating concern outside of crisis periods, such as drought, flood and wildfire. 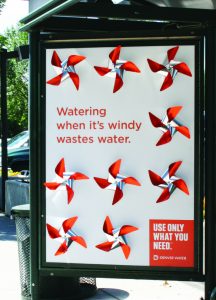 Recent natural disasters have helped utilities make headway in water education, but the window of opportunity in which people remember the disaster and are supportive of solutions, including bearing the cost of improving infrastructure or participating in conservation efforts, typically lasts only two years, says Diana Royval, communications and marketing manager for Fort Collins Utilities. It’s a key time to capitalize on people’s increased receptivity to water-related messaging, but how do you maintain that momentum?

According to Mike Sukle, owner of Sukle Advertising, effective campaigns first raise awareness, then begin to alter a person’s feelings toward an issue. Finally, they show evidence of broad changes in consumer behavior— often the goal of water education programs.

In the midst of the 2002 drought, which followed a quarter-century of plenty, Denver Water boosted awareness by adding heft to its water conservation messaging. A highly visible advertising campaign was supported by additional staff outreach efforts.

Sukle Advertising, brought on board in 2000, initially took the utility’s “Don’t Waste Water” slogan and gave it a positive spin to become “Nothing Replaces Water.” According to Sukle, a positive angle is essential for engaging audiences. For Denver Water, the message wasn’t about sacrifice, nor was it about restricting, says Stacy Chesney, media communications manager at Denver Water. “It’s about not wasting, and people can get behind that.” 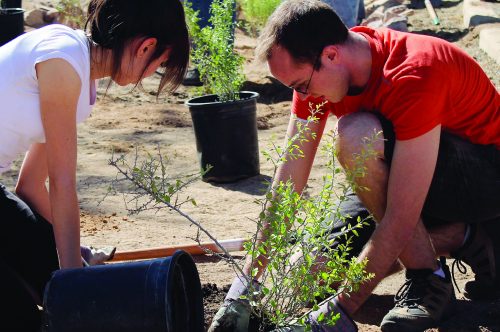 The fall 2013 flooding that impacted the northern FrontRange sent destructive mudslides through Jamestown.

As the drought deepened, the message became “It’s a drought. Do something,” empowering the audience with its call to action. When the drought waned before picking back up in 2006, the utility sought to “capture the water savings we saw during the drought with messaging that would really resonate with our audience,” says Chesney. “This wasn’t about drought, it was about using water efficiently.”

The “Use Only What You Need” message and its 2013 iteration, “Use Even Less,” have gained international attention, both as a successful advertising initiative and a community awareness project. That awareness has led to the utility’s desired outcome: behavioral change. The utility has measured a 20 percent reduction in water use since 2006, nearing its goal of 22 percent by 2016.

By tracking political and social patterns, water educators can also leverage messaging accordingly. At the time Denver Water’s 2002 campaign was developed, the shift toward the green movement was gaining momentum, says Trina McGuire-Collier, Denver Water’s assistant director of public affairs. “You can have a great idea but if the public is not in a place where it’s resonating, it’s hard to make the connection.” 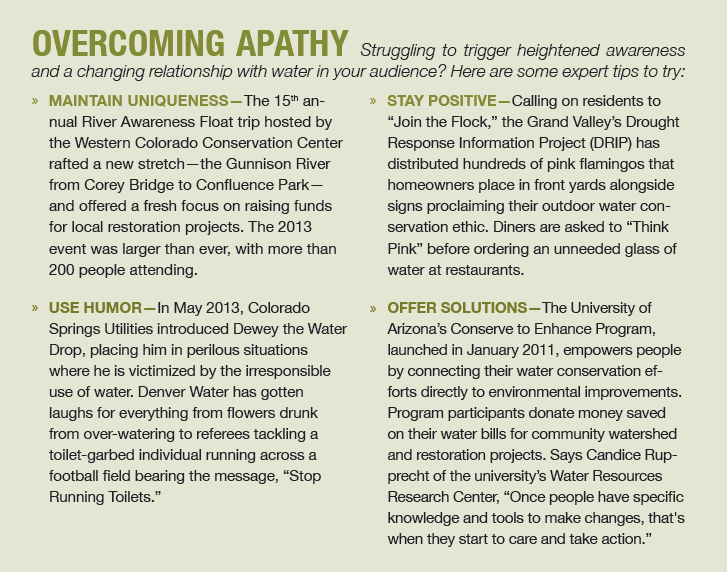