The Fork Not Taken 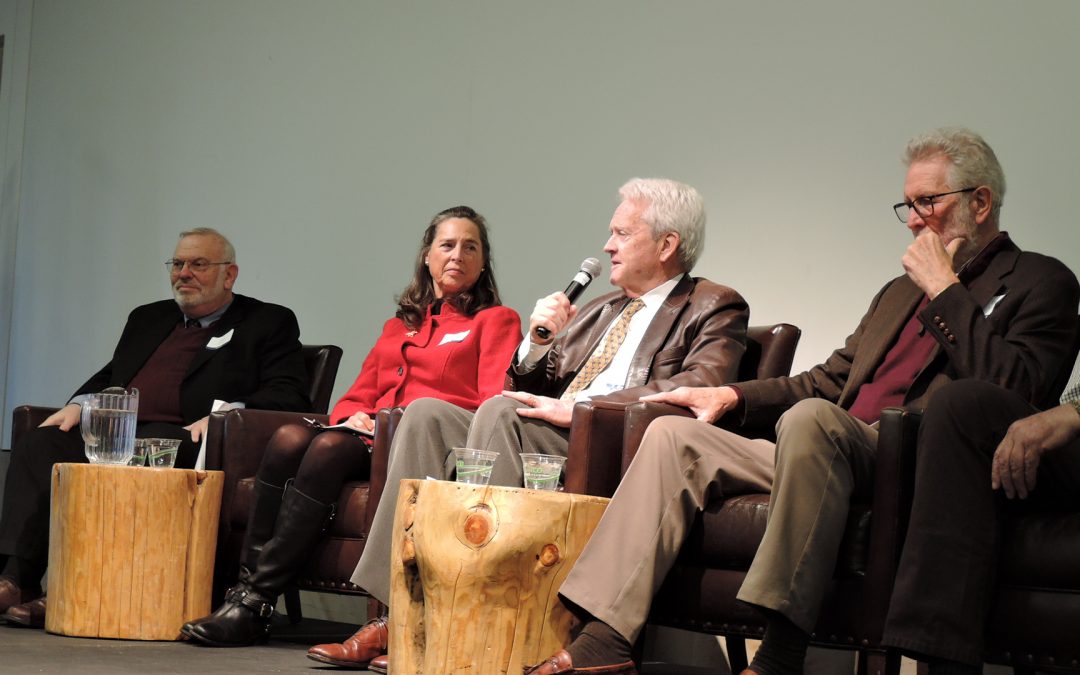 Former EPA Administrator, Bill Reilly, tells the audience it's unlikely the EPA would be able to veto the Two Forks project today under the current administration.

For most of the 19th-century dam construction was the dominant solution to water issues in the United States. But in 1990 the Environmental Protection Agency vetoed the construction of the Two Forks dam, solidifying a decline in major dam construction that began with the enforcement of EPA and Clean Water Act standards. The Two Forks project was for a 539-foot reservoir to be built in the pristine Cheesman Canyon located at the confluence of the north and south forks of the South Platte River.

Denver Water said the dam was necessary to meet the needs of a booming Front Range population. Environmentalists claimed the dam would cause unnecessary damage to wetlands and wildlife areas. The EPA agreed with the conservationists, an unprecedented move many water experts say set water management on a completely new course.

“This was a big deal when this veto occurred! With the EPA and the environmental impact statements and so forth and environmental protection you had to get permits to construct a project like this to show that you were doing the best you can to protect the environment basically. So when this permit was vetoed, this was an incredible wake-up call to the water development community. It was like, ‘Wow, no longer business as usual. What are we going to do now?’” said Director of the One World One Water (OWOW) Center for Urban Water Education and Stewardship at Metropolitan State University of Denver, Tom Cech. 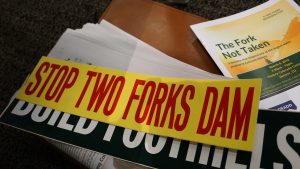 Bumper stickers printed when the Two Forks dam conflict was at its hight now serve as a reminder of the severity of the project’s controversy.

At a recent Two Forks Retrospective conference in Denver most of the key players in the Two Forks conflict, including Denver Water leadership, environmental activists, as well as current and former EPA Administrators, met to reflect on the project over two decades later. As director of planning at Denver Water when Two Forks was vetoed, Dave Little was originally strongly opposed to the EPA’s decision and the environmentalists fighting the project.

Now, Little recognizes the vital impact of losing the Two Forks battle. “The veto was an inflection point for Denver Water and has made us a better organization,” says Little. “I’d like to thank all of my opposition on the panel for showing us that there are other ways of developing water resources and working with environmental issues in a way that is not a war.”

The panelists seemed to agree that the biggest take away from Two Forks was that collaboration would be necessary to address water scarcity. EPA, Trout Unlimited and other environmental leaders are calling a current proposal to triple the size of Gross Reservoir in Boulder County a collaborative win coming from the Two Forks battle, saying increasing the capacity of an existing dam minimizes environmental harm otherwise caused by the construction of new dams. But not everyone is pleased. Boulder residents are protesting the Gross expansion, which would be the largest construction project in the county’s history. Multiple environmental groups have filed a lawsuit to stop the project and the Boulder County Commissioners are now requiring Denver Water go through a local permitting process for the project. Denver Water is now suing Boulder over that decision.

The water needed to fill an expanded Gross Reservoir would come from the already strained Fraser River in Grand County, a proposal that set the stage for another water war. But Trout Unlimited and Grand County now support the Colorado River Cooperative Agreement that both allows Denver Water to increase diversions from the Frasier while also guaranteeing the river will be saved from ecological collapse already in motion.

Former Grand County Manager, Lurline Underbrink Curran, says part of the spirit of the post-Two-Forks era of water compromise involves working together for the best realistic solutions, even if some are uneasy about new alliances between communities, environmental groups and the water utilities that own all the water rights. 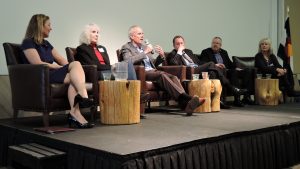 “If you oppose the project, what do you propose to fix the Frasier and the Colorado River? I haven’t heard anything yet. So maybe we played the best cards we were delt. Maybe we are dancing with the devil. But I don’t think it has worked out that way and I am in support of the Colorado River Cooperative Agreement. I think it will be monumental in Colorado’s history as we move forward with a finite resource,” says Curran.

Although new dam construction in the U.S. has slowed and collaboration has improved, the question remains, can more be done to eliminate the need for new dams and dam expansions? Former EPA assistant administrator for water, LaJuana Wilcher, thinks so. She shared an experience she had in Denver after the Two Forks veto that highlighted an example.

“There was a woman standing up talking about how important the dam was and how Denver residents needed the water and a thunderstorm came up outside. She could see that it was pouring rain outside but then the icing on the cake was when the city’s automatic lawn sprinklers came on in the middle of a thunderstorm! And I thought, maybe there is more they can do on water conservation out here,” said Wilcher.

One audience member at the Two Forks Retrospective asked, even with improved water conservation and collaborative management plans, is enough being done to address the overallocation of water and growing population crisis? “Where do you draw the line? When do you tell a community there’s no more water left? We only have so much that we can develop,” he asked. None of the panelists could provide a direct answer to that question.

“Everything is going to be sacrificed for growth and I don’t know how to stop that,” said former Director of Planning at Denver Water, Dave Little.

The Two Forks Dam was vetoed nearly three decades ago by a federal agency seeking to protect the environment. Now, that same agency, the EPA, is reviewing directives from its former head, Scott Pruitt, to limit the agency’s veto authority under the Clean Water Act. Bill Reilly, the former EPA Administrator that vetoed Two Forks, wonders how the EPA would respond to the Two Forks debate in the current political climate. “It’s unthinkable. There are things I don’t understand that are happening now and that I do regret but I do tend to believe that there are cycles. I’m often asked what my advice is for senior people at the EPA now. It’s very much, ‘stay the course if you can.’ My period coincided with an opportunity to do something very different. It was our moment. It was a moment to innovate. It
was a moment when the President smiled on our agency. Those moments will come again,” said Reilly.

There is undoubtedly still conflict in Colorado around new water projects and dam construction. But those who were part of Two Forks say they hope the legacy of that project will be one of compromise and environmental respect that is vital to solving the threat of water scarcity.