Cash for Colorado Water Plan hits new high, but is it enough? 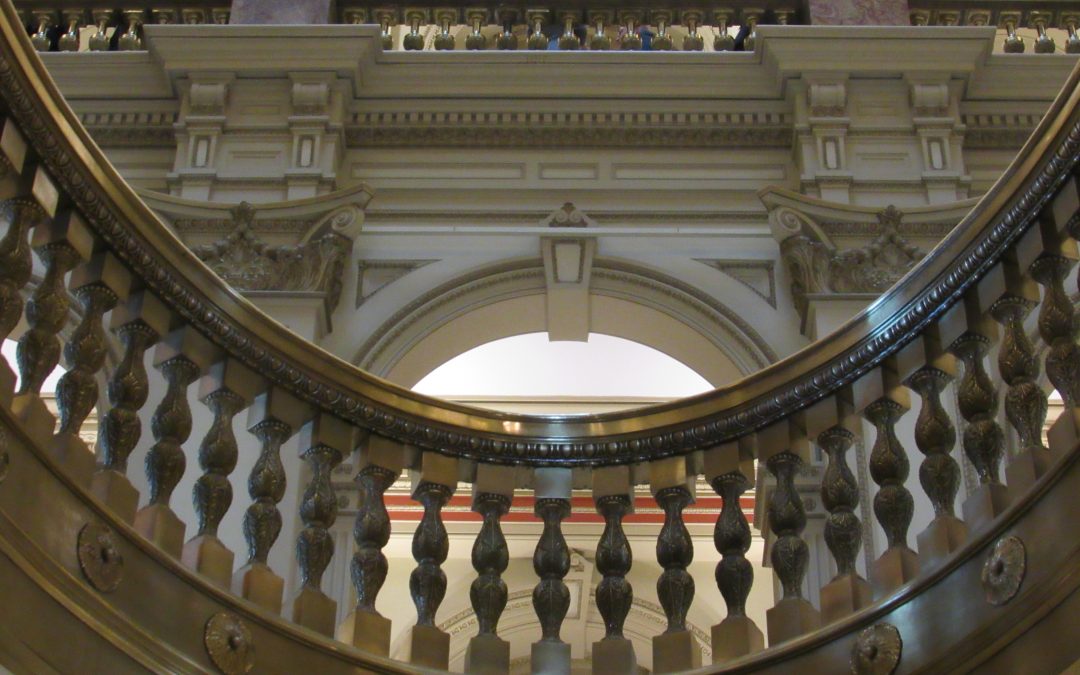 Inside the Colorado State Capitol.

Colorado boosted spending on its water plan by 20 percent this year, bringing the total to $30 million, the highest annual amount since the plan was adopted.

The plan is meant to guide how the state prepares for looming water shortages, protects its rivers, and preserves water for millions of acres of farmland.

The $30 million in funding comes after a devastating drought in 2018 scorched the state, triggering water shortages that forced some municipal cutbacks and left thousands of acres of farmland dry.

The drought also put additional pressure on lawmakers to find new ways to pay for the state’s water needs and to remove the volatility that its reliance on severance taxes creates.

This year for the first time, in addition to $20 million in severance tax revenues and certain other funds, lawmakers agreed to contribute $10 million from the state’s general fund, creating a combined $30 million.

“I was very pleased to see $30 million this year,” said Dan Gibbs, executive director of the Colorado Department of Natural Resources. “And I was really pleased to see that water plan funding was not a partisan issue. We had lawmakers from the West Slope, from the Rio Grande Basin, from the Front Range and the Eastern Plains working together to make it happen.”

Since 2016, the first year money was set aside, funding has been uneven. That first year, $5 million was set aside. In 2017, that figure rose to $25 million, only to plummet to $11 million in 2018 when the state’s key source of funding for water at the time, severance tax revenue from oil and gas, dropped due to a slow-down in that industry, among other factors.

Now the push is on to stabilize and increase funding.

When the Colorado Water Plan was first approved in 2015, officials estimated that it would take roughly $100 million a year in state funding to implement through 2050. By then Colorado’s population is expected to reach as high as 8.1 million, up from 5.76 million in 2019. That growth, along with drought and climate change, is expected to create major pressure on other existing water uses, including irrigated agriculture and streams.

Those who’ve been patiently waiting for money to restore streams, modernize irrigation systems, and even build new reservoirs, say they’re largely pleased with the work the state has on the water plan, but now they want action.

Lurline Curran is the former manager of Grand County who has advocated fiercely to protect and restore the Fraser River. The river’s flows have been heavily harvested by Denver Water to supply the Denver metro area. Now the county, with Denver Water’s help, has several major stream restoration projects it would like to complete to bring the river back to a healthier state. State funding will help complete those projects.

“It did take a long time to plan, but when you’re trying to bring a whole state together to agree, it takes time,” Curran said, referring to the six years it took to write the consensus-based water plan and to establish a permanent funding source. “I don’t think the length was overly long given the complexity of the state’s effort. But now it is time for implementation.”

Max Schmidt runs the Orchard Mesa Irrigation District in Palisade. Its water rights on the Colorado River date back to 1882, making it one of the most powerful diverters on the West Slope.

Schmidt said state funds would be a welcome addition to his plans to modernize his 110-year-old system, which continues to operate on dated measurement and monitoring systems.

“With all of the technology we have now, it would be fairly simple [to add new measuring devices at diversion points and to install pipe to replace open air irrigation canals],” he said, “but it wouldn’t be cheap.” To pipe just one section of his canal system would cost $1.2 million. And while farmers who own shares in the system regularly pay for improvements, those annual fees rarely cover the full costs of major projects.

Even with the $30 million cash infusion, the state is still far short of the estimated $100 million it needs each year to fully fund the plan.

This year, Rep. Alec Garnett, D-Denver, was able to pass a bill creating a referred ballot measure to legalize sports betting and impose a 10 percent tax on that betting. Those tax revenues will create a permanent, though small, $8 to $10 million-a-year source of revenue for the water plan, if voters approve the measure when it appears on this November’s statewide ballot. That amount could grow, depending on how much betting occurs in future years, Garnett said.

“We’re not sure how the market [for gambling] will develop, but the potential is quite large,” he said. Money generated via the betting tax would be funneled through the Colorado Water Conservation Board, the agency responsible for implementing the plan.

While the sports-betting initiative is a major step forward, a powerful, bi-partisan coalition of environmentalists, city utilities, agricultural groups, construction firms and some government officials are launching a campaign this week to educate Coloradans about water, with the eventual goal of creating a larger, more long-term water fund.

How the smaller sports-betting plan will affect this new coalition’s work isn’t clear yet.

Tim Wohlgenant directs For The Love of Colorado, as the coalition is known, and its members marshalled a small army of lobbyists to help get the sports-betting initiative through and to convince lawmakers to approve the first-ever, $10 million allocation from the state’s general fund. (The coalition is funded by the Gates and Walton family foundations. Walton is a funder of Fresh Water News).

Acknowledging that the sports-betting proposal might weaken the coalition’s shot at another badly needed water tax down the road, Wolhgenant said his group fully backs sports betting.

“This is exactly the work we are trying to accomplish,” Wohlgenant said. “Despite the risk [sports betting poses], we didn’t want to pass on an opportunity to create significant new funding. Now it’s a messenging challenge — to remind voters that if this passes it’s only a down payment. Our goal is still $100 million a year.”