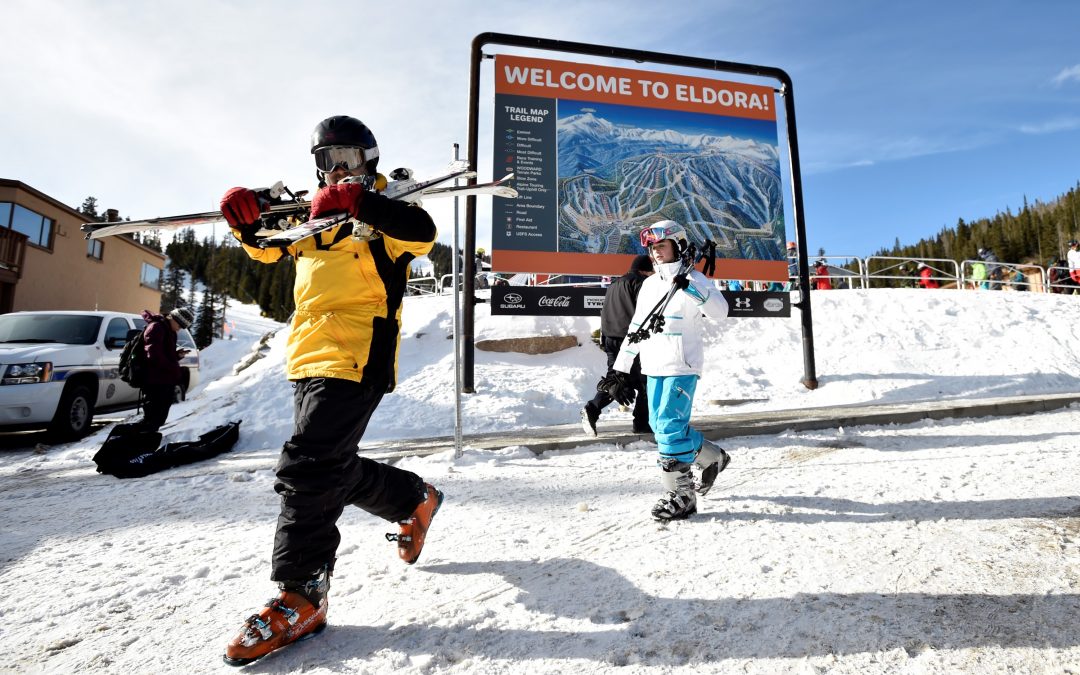 Jonathan Epstein and his daughter Carlie, 12, walk back to their cars after skiing at Eldora Mountain Resort last year. Eldora lies within the South Platte Basin, which has one of the best snowpacks in the state right now. Photo by Jeremy Papasso

Colorado’s cold, white start to winter is masking a less hopeful trend, the return of drought.

Roughly 75 percent of the state is either abnormally dry or in moderate to severe drought, according to the U.S. Drought Monitor. 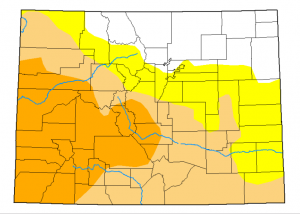 That represents a sharp turnaround from last spring, when the state emerged from an historically wet winter and was able to declare itself drought free.

“The latter half of summer ended up being very dry,” said Karl Wetlaufer, hydrologist with the Natural Resources Conservation Service in Lakewood. “There was a three-month stretch where we were 50 percent of average statewide. It just dried out dramatically.”

Weather watchers in Colorado aren’t ready to say what the winter will bring.

“In terms of impact, the cold weather has been good for putting the kibosh on the fire season and jumpstarting our snowpack,” said Peter Goble, a climate specialist with the Fort Collins-based Colorado Climate Center. “But it’s still tough to say how the heart of our winter will really behave.”

In the southwest corner of the state, the snow has been missing in action. Snowpack in that region is the thinnest in the state right now, with the San Miguel, Dolores, Animas and San Juan basins, home to Durango and Telluride, among other cities, showing up at just 18 percent of average.

The cold, wet weather in the northern and eastern parts of the state hasn’t been enough to make up for a late summer that quickly turned dry, especially in the southwest.

Mesa Verde National Park, for instance, normally sees 7.5 inches of precipitation between July 1 and Nov. 1, but this year it has seen just 1.68 inches, Goble said.

A look at forecasts for the Colorado River Basin shows little optimism that last year’s record-deep snows will return this winter.

According to the U.S. Bureau of Reclamation’s most recent forecast in October, the Colorado River isn’t expected to have a banner year in 2020. Lake Powell and Lake Mead, which have recovered a bit thanks to last year’s epic winter season, are expected to see little recovery this year. Reclamation estimates that the two massive storage reservoirs will hit just 53 percent full after this winter’s snow melt, the same levels at which they stand now.

That’s no surprise to people like Jack Llewellyn, executive director of the Durango Chamber of Commerce. Llewellyn said the region has made a strong comeback since 2018, when drought and the 416 Fire crippled its tourism economy.

Businesses have largely recovered, Llewellyn said, with sales taxes up 3.9 percent over last year at this time and the city’s hallmark POLAR EXPRESS Christmas train more than 50 percent booked.

But Purgatory Resort ski area has not opened early, as others, such as A-Basin, Keystone and Eldora, have been able to do. It plans to open Nov. 23, as it normally does.

The dry weather that has prevailed since the summer is a powerful indicator that drought is never far away, Llewellyn said.

“We haven’t had moisture here for quite a while,” Llewellyn said. “It’s a reminder for all of us to be vigilant.”