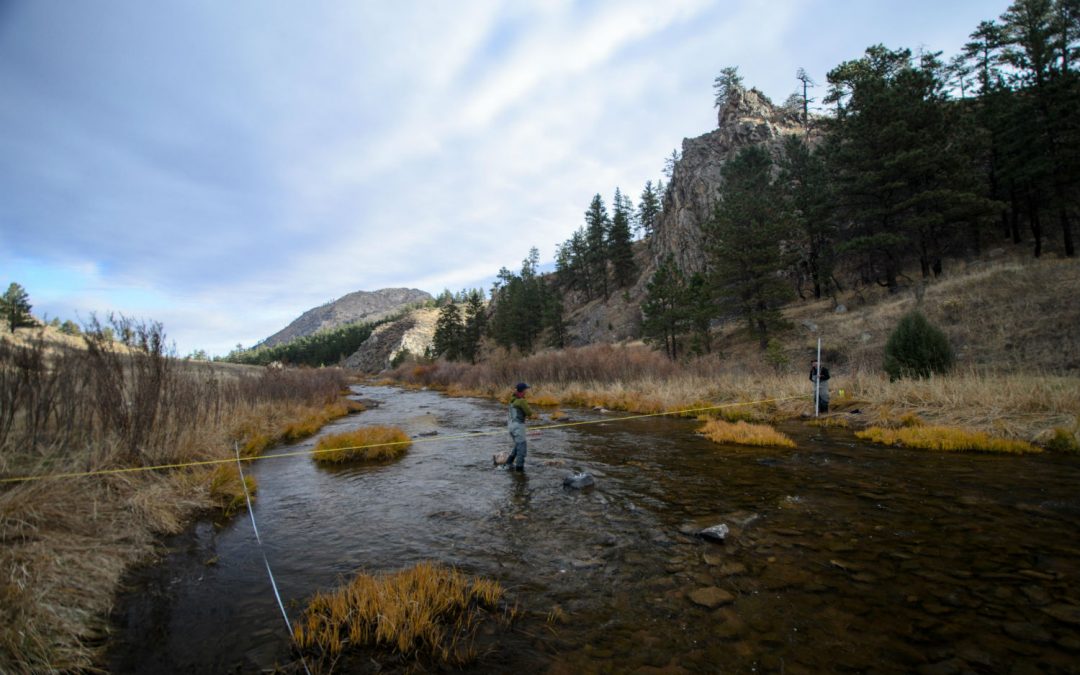 A powerful coalition of northern Colorado water users, including the cities of Fort Collins and Greeley, is asking state lawmakers to create a new tool for keeping water in the Cache la Poudre River to help the environment.

If it is approved next year, the tool could be used to help rivers around the state.

For years, cities and farmers have been allowed to put water back into rivers to “augment” them, compensating for diversions they made that otherwise would not have been allowed. However, augmentation plans, as the tools are known, have never been used to replace water for environmental purposes.

But “there’s nothing in the law that says it has to be used for consumptive use,” said Andy Schultheiss, executive director of the Colorado Water Trust. Consumptive use refers to the idea that when water is diverted from a stream, a portion of it is consumed, while some returns to the stream.

The idea for this new tool came from a subcommittee of a Colorado State University-facilitated work group called Poudre Runs Through It. Representatives from Fort Collins, Greeley and Thornton joined those from the Cache la Poudre Water Users Association, the Colorado Water Trust, the Colorado Water Conservation Board, and Northern Water on the group, which studied 50 miles of the Poudre for possible action.

The Cache la Poudre River is one of the state’s most over-tapped streams, and backers of this proposal believe using augmentation plans to supplement streamflows will help the region move forward with water planning in a way that will minimize conflict and improve stream health.

The idea was introduced via House Bill 1271 late in the 2019 legislative session. The legislation died in committees in both the House and Senate, but strong support remains among a number of stakeholders for a fresh attempt next session.

The text of HB-1271 frames the program as a clarification of existing law: “The bill clarifies that the Colorado Water Conservation Board [CWCB] may augment streamflows to preserve or improve the natural environment to a reasonable degree by use of an acquired water right that has been previously quantified and changed to include augmentation use, without a further change of the water right being required.”

The Poudre gets diverted more than a dozen times before reaching Fort Collins and, even in moderately dry years, the river dries up in several places before it joins the South Platte. The flow slows to no more than a trickle, imperiling fish and native plant populations.

“We’ve found some historical documentation from the 1980s [where] this was discussed,” Potyondy said..

Any new environmental augmentation plans will have to be approved by Colorado’s water courts; and an application for the Poudre plan is being prepared now. The process will help determine the initial sources of water and what flow rates will be allowed. With appeals, the court process could take several years, according to Linda Bassi, chief of lake and stream protection with the CWCB, depending on who objects and what issues they raise.

The water courts’ involvement may help bring more groups on board that would typically be skeptical of designating water for environmental purposes. The Colorado Farm Bureau, which opposed a proposed expansion of the state’s instream flow program, managed by CWCB, was neutral on HB-1271, according to the group’s vice president, Carlyle Currier.

That’s because any potential harm the augmentation plan could cause other water users will be revealed during the water court process, which is typically “very protective” of existing water rights, Potyondy said.

Water rights change cases require intense scrutiny by the courts, which consider the impact of any change in the amount of water, the time and place of diversion, or type of use on other water rights holders. HB-1271’s specific augmentation plans would require water courts’ approval the first time, but would benefit the CWCB by creating a market of sorts where holders of water rights designated for augmentation can donate, sell or lease that water for instream flows without going back to water court each time. “That’s the beauty of the concept,” Schultheiss said.

Fort Collins will almost certainly be among the initial group that will provide water to the environmental augmentation plan. The city has rights to more water than it needs, having acquired resources for future growth. Elected officials have unanimously approved the evolving plan twice.

“The Poudre is essential to the identity of Fort Collins,” Potyondy said. Protecting the Poudre has been a long-term policy for the city, he said, but “it’s a pretty tough nut to crack in the context of Colorado water law.”

Proponents are hopeful that the legislation, when re-introduced, will get a positive reception. The bill was kicked to the interim Water Resources Review Committee not due to lack of support, said Schultheiss, but because of timing: HB-1271 was introduced with just three weeks left in the last session. The interim committee is scheduled to discuss the bill in September.

“Users on the Poudre have been at each other’s throats for decades, but now they’re all in the same room,” Schultheiss said. “It’s potentially game-changing.”