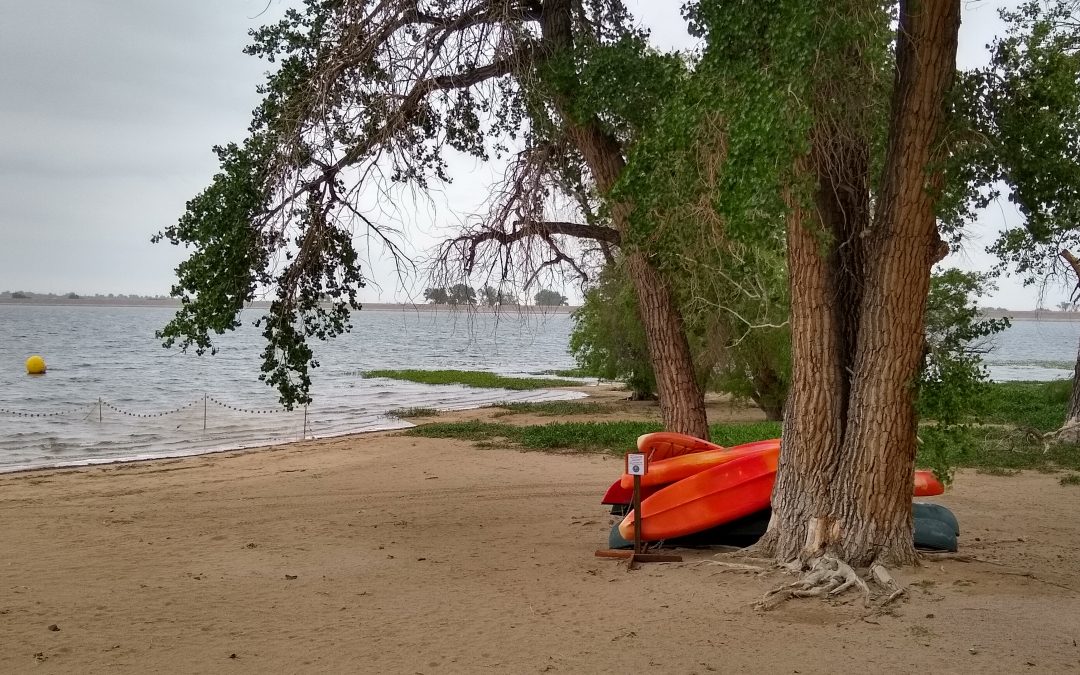 Read the label on your lawn fertilizer bag and help save your favorite lake or reservoir from algae blooms.

That’s the message from water quality officials and city water utilities this summer.

Blue-green algae produces toxins that can harm people and pets, and can also create odors and tastes that degrade water quality.

The problem surfaced at Aurora’s Quincy Reservoir in 2020. Since then the city has been trying new treatment methods, such as installing aeration devices that inject oxygen into the water. It has also spent millions on other treatments such as hydrogen peroxide and alum, which kill certain types of toxin-producing algae.

But the biggest issue, by far, says Sherry Scaggiari, an environmental services manager at Aurora Water, is the increasing amount of phosphorous that finds its way from lawns into stormwater, and then into streams and lakes.

“We are trying to get people to use less phosphorous on the grass. You need nitrates, but you don’t need phosphorous,” Scaggiari said.

At Barr Lake State Park near Brighton the problem has triggered several efforts to clean up Barr and Milton Reservoir, which are owned by a private irrigation company. Fixing the reservoirs is a major undertaking. Treatments such as alum work best in water bodies, such as natural lakes, where water supplies aren’t released annually for irrigation. But the Barr-Milton system drains and fills every eight months, roughly.

“We would be adding alum almost continuously,” says Steve Lundt, a scientist who sits on the board of the Barr-Milton Watershed Association, and has been monitoring the watershed for some 20 years.

Aurora, however, hopes it only needs to treat Quincy once every 10 years or so, according to Greg Baker, spokesperson for Aurora Water. But if phosphorous levels continue to rise, it may have to be done more frequently.

Lundt has also been removing some 8,700 carp, or roughly half of the local carp population, from Barr Lake since 2014. The invasive species is known for stirring up the sediment, releasing phosphorous into the water and creating a situation ripe for algae growth.

And Aurora and Barr-Milton are looking at planting along waterways leading to their reservoirs, using plants, such as cattails, that are effective at removing phosphorous from water.

Still, water officials say, the best tool, and perhaps most cost-effective, is to begin slashing the use of phosphorous-based lawn fertilizers.

The Barr-Milton Watershed Association has been leading a campaign, called the P-Free Lawn Fertilizer campaign, to encourage consumers to omit phosphorous from lawn care for several years.

Lundt said some 12 states have already outlawed phosphorous-enriched fertilizers’ use by homeowners unless they can prove their soils are short of phosphorous.

Major fertilizer makers, such as Scott, have removed phosphorous altogether.

“Fertilizer companies are on board, it’s a matter of just changing the culture of how we fertilize our lawns,” Lundt said.