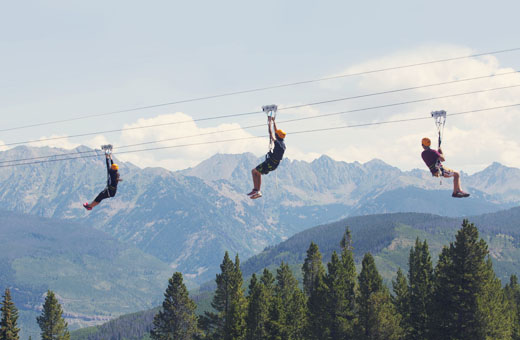 When Vail’s Epic Discovery Center, with its mountain coaster and disc golf course, opened in the summer of 2016, it became the first of five resorts within the White River National Forest to offer non-skiing activities. That’s thanks to a 2011 bill sponsored by Colorado Senator Mark Udall. The Ski Area Recreational Opportunity Enhancement Act amended the National Forest Ski Area Permit Act of 1986, which limited ski area recreation to Nordic and alpine skiing. The 2011 act includes activities like zip lines, mountain bike parks disc golf courses and rope courses. It prohibits water-intensive activities like pools, water parks and golf courses. The idea was to open the scope of economic opportunities in mountain towns.

The Forest Service projects it bringing an estimated $40 million into ski resort communities. But it was also a bulwark against climate change, as snowfall became increasingly variable, and snowmaking became more important to make winter recreation possible. Udall saw East Coast resorts, which operated on private land, expanding their offerings, which made the economically viable without snowfall. They’re adapting to a future with less water.

Resorts apply for a special use permit with the U.S. Forest Service and go through a National Environmental Policy Act (NEPA) process to expand their offerings to ensure they don’t develop beyond the resort’s boundaries, or use more water than they were already allocated by the state.

Their increased use helps the surrounding National Forests, too. For each lift ticket that’s sold, $1 goes to the Ski Conservation Fund, which supports conservation and restoration projects on public lands that have the greatest need.

There’s also an education component. At Vail, the Walking Mountains Science Center, in partnership with The Nature Conservancy, teaches lessons about sustainability. They’re seeding water and landscape conservation in the next generation. 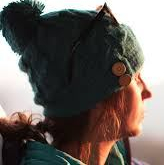 Heather Hansman is a freelance writer and editor who focuses on science, adventure and culture. She writes for places like Headwaters, Outside, The Guardian, California Sunday, and Sunset and is the former online editor at both Powder and Skiing magazines. She’s currently working on a book about water management and the Green River, which will be published by the University of Chicago in 2019. Read more here.